Apple has released a beta version of the firmware update 15.5 which includes a fix for the widely panned quality problems with the Studio Display web camera. 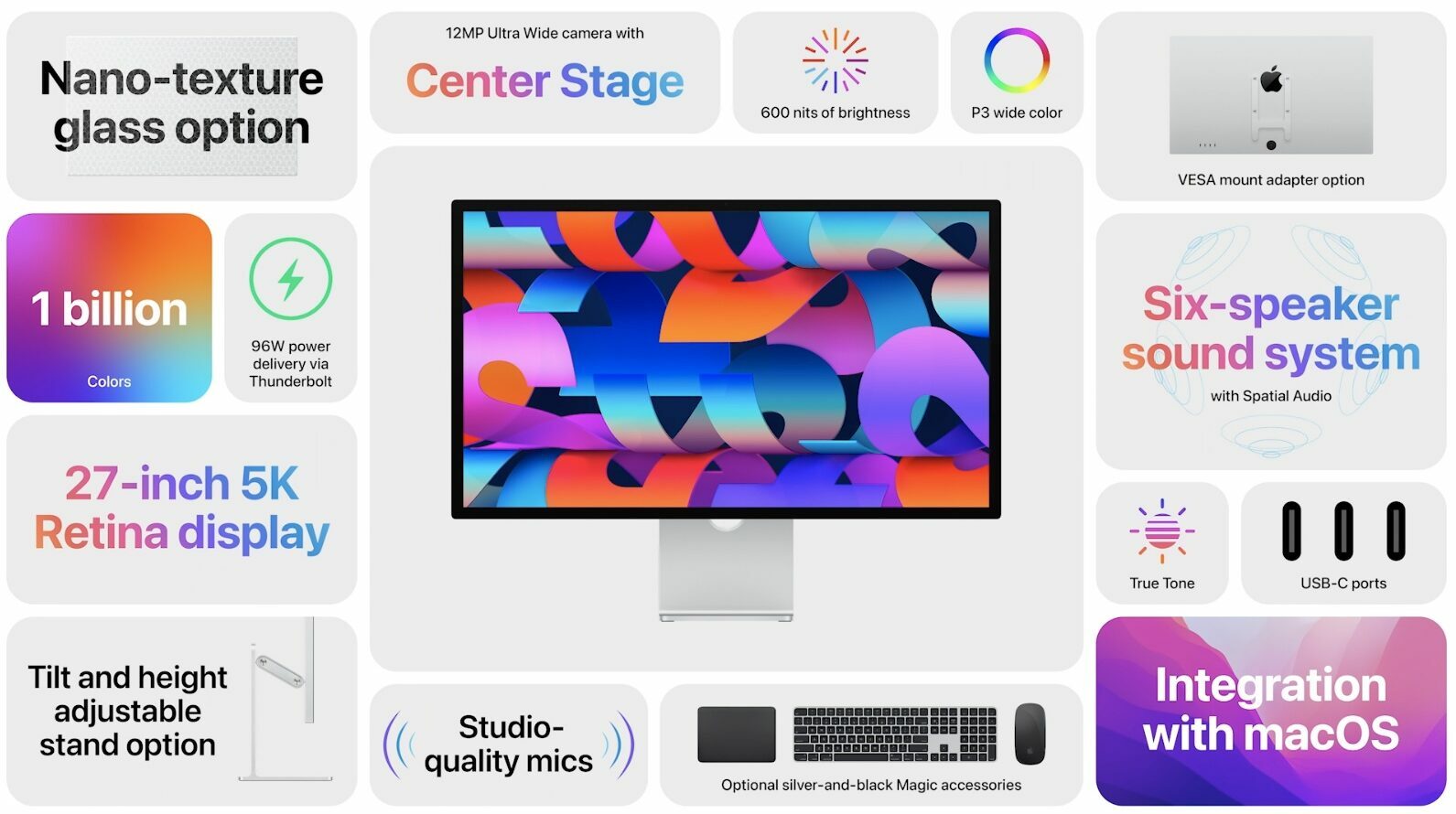 Apple has confirmed to The Verge through its spokesperson that the first beta of the Studio Display firmware 15.5 is now available with today’s beta release of macOS Monterey 12.4. This software update is available to Apple’s registered developers via the Apple Developers website. Everyone else will be able to download and install macOS Monterey beta 3 via the Apple Beta Software Program website later today.

What does the Studio Display firmware 15.5 improve?

According to Apple, the Studio Display firmware 15.5 includes these improvements:

It’ll be interesting seeing before-after comparisons of the poor image and video quality, lighting issues and noise problems documented in early reviews versus the images coming from the camera after the update is installed. Apple is currently testing macOS Monterey, with a public release probably just a few weeks away. When macOS Monterey 12.4 does arrive, we’ll hopefully forget about this embarrassing software glitch that probably cost someone their job at Apple.

How to install the Studio Display firmware 15.5

You can install new firmware for your Studio Display via the Sofware Update mechanism in much the same way you would install macOS software updates.

To see the current version number of the software running on your Studio Display, choose “About This Mac” from the Apple menu, then click the System Report button. Now select “Graphics/Displays” in the lefthand section and you’ll see the firmware version listed next to “Display Firmware Version” on the righthand side. What’s the deal with the Studio Display webcam?

Apple’s $1,599 Studio Display was generally well-received in early reviews, but one thing immediately stuck out for everyone: the webcam on this thing was supposed to be sophisticated yet it was churning out images of surprisingly low quality. It’s baffling because the camera is paired to the integrated Apple A13 Bionic chip, the same one powering the iPhone 11. But the images were so bad that it was clear to anyone that no computational photography magic was happening there at all.

After telling Apple that my webcam was not performing as well as the 14-inch MacBook Pro, a 2-megapixel LG monitor and the iPhone 11, the company sent this statement: https://t.co/HLARGfr7ng pic.twitter.com/DlhPbuf8H2

Thankfully, it was just a software bug and not a hardware problem that would have been much harder to fix without a recall. Apple itself confirmed this, and an iFixit teardown of the Studio Display found no hardware problems with the webcam. So that’s how we got here, and now we have a confirmation from the company that when macOS Monterey 12.3 launches it will bring “refinements to the Studio Display camera tuning, including improved noise reduction, contrast and framing.” Read: How to update the software powering your Studio Display