Apple Maps now provides cycling directions in additional Midwestern cities in the US, helping cyclists in those areas find the best routes with bike lanes. 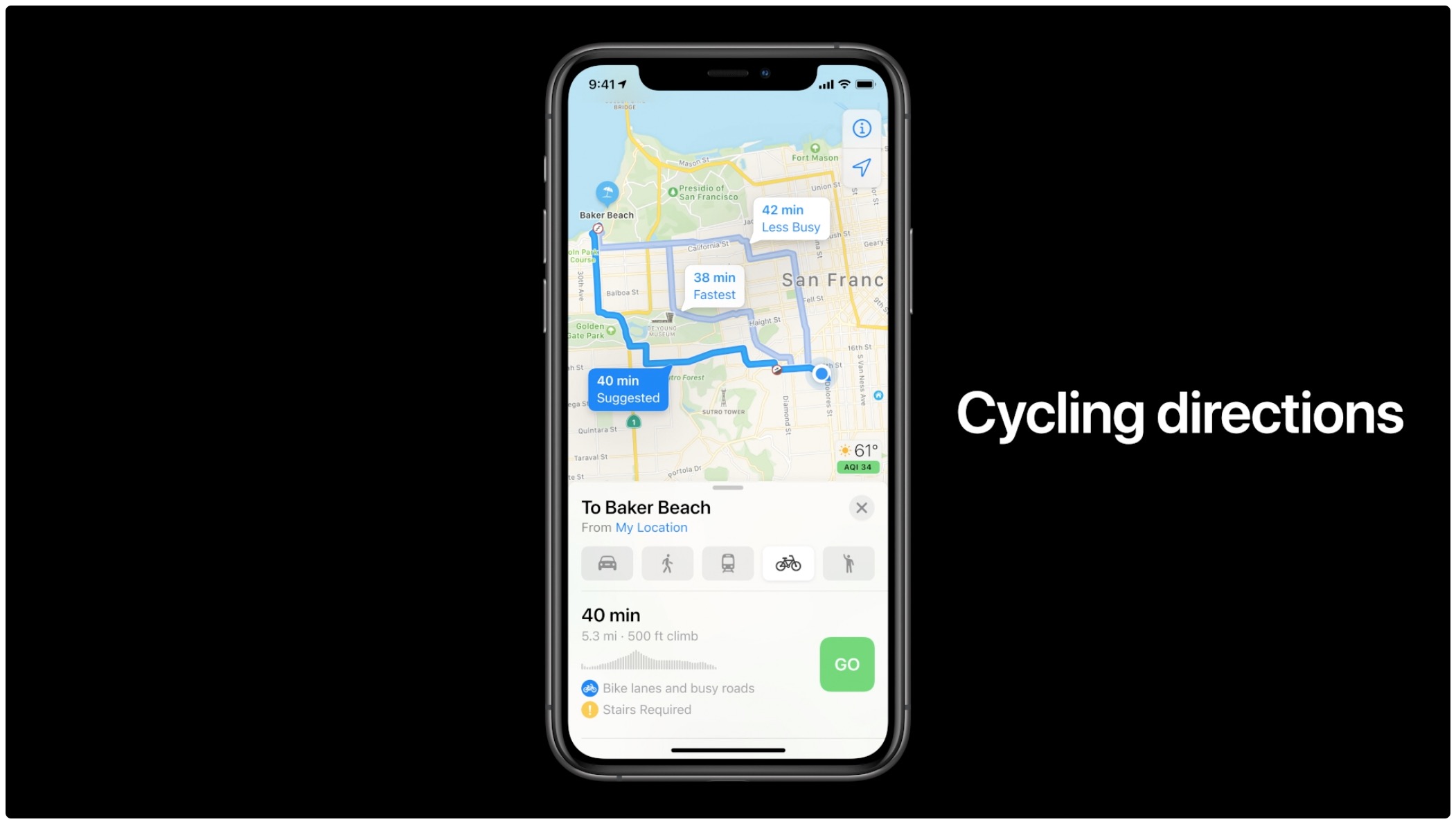 Apple had not refreshed the iOS Feature Availability webpage on its website to acknowledge these new additions, which were first spotted by Apple Maps expert Justin O’Beirne. According to a post on the Justin O’Beirne website, cycling directions are now available in all of West Virginia and Ohio, as well as some parts of Illinois, Indiana, Michigan and Virginia.

Here are the new cities where Apple Maps cycling directions are now available:

The post notes that Apple Maps cycling directions recently became available in parts of the Northeast. “This all suggests that future expansions of Apple Maps’ cycling feature might start following Apple’s initial map expansions.” O’Beirne believes that Texas and the Gulf Coast are the most likely areas to receive cycling directions next.

With this latest update, Apple Maps now provides cycling directions for almost 26% of US territory, with almost 52% of the country’s population covered.

The feature is very well thought out. To provide the best cycling routes with bike lanes while navigating, the Maps app considers elevation, whether there are stairs along the route and more. Cycling directions may include bike paths, bike lanes and bike-friendly roads. The feature will even show you how busy a particular street is before you start your travels with cycling directions. Cycling directions launched in a handful of US cities, later expanding to Seattle and some parts of California.