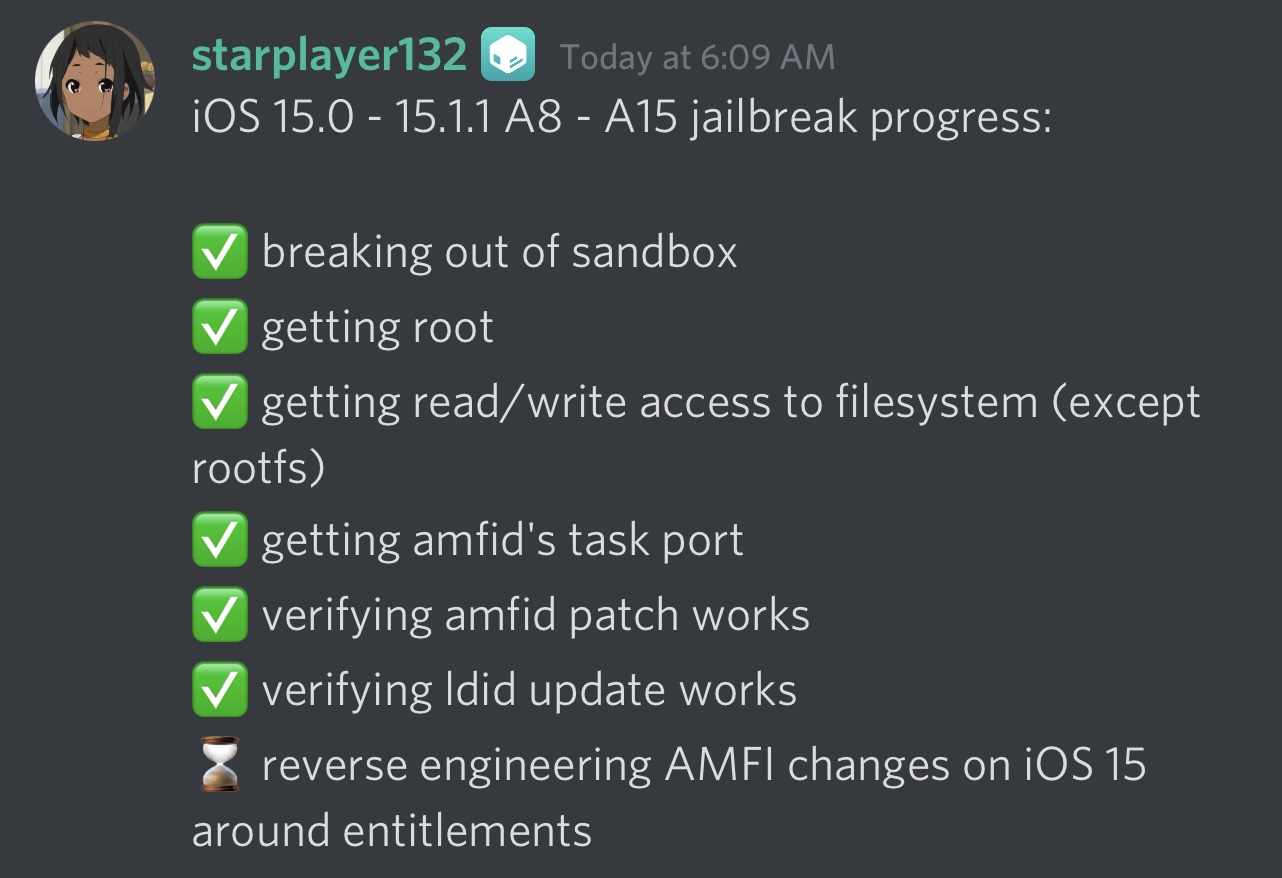 The comment took a checklist approach to outlining everything that has thus far been completed and what still needs to be done before a jailbreak can be developed. At the moment, the following steps are considered done:

As of now, it seems the final step before jailbreak development can officially begin includes reverse engineering all the AMFI changes on iOS & iPadOS 15 with respect to entitlements.

Since the Odyssey Team’s iOS & iPadOS 15 jailbreak is going to be rootless, it’s important to note that an entirely new volume is being created for jailbreak files in particular.

In other comments shared to the Discord server, CoolStar said they would be placed at /private/preboot/jb, which means restore rootFS is no longer a thing. Instead, removing a jailbreak entails deleting the /private/preboot/jb volume: 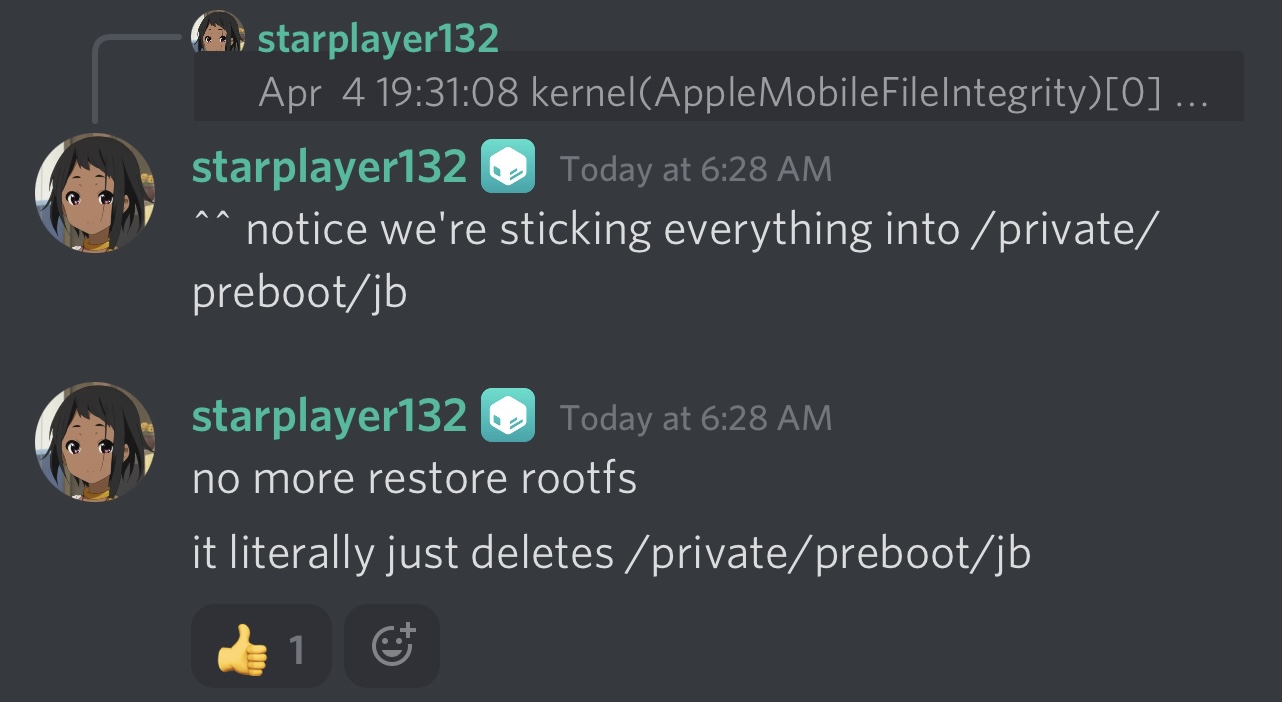 CoolStar went on to reitterate that Apple seems to be targeting jailbreaking very heavily in iOS & iPadOS 15 in particular, noting that the number of additional roadblocks have multiplied, especially on iOS & iPadOS 15.2 and later on A12-and-newer devices.

iDownloadBlog continues to monitor the progress of the iOS & iPadOS 15 jailbreak, and at this time, there isn’t an ETA for release. Lots of work still needs to go into developing and testing the jailbreak tool after all the preliminary work is completed, which could take weeks, or even months.

Having said that, stay tuned for the latest information as it surfaces.