Watch our quick video tips to set up, configure and make the most of your fifth-generation iPad Air (2022).

As you’re unpacking your brand new iPad Air and wondering where you should start first and what to do next, hold it right there! May we suggest a quick video tutorial covering the essential tips and tricks to get started with the new iPad Air?

Before you hit the play button, why not give a quick shoutout to Harris Craycraft on Twitter? Harris is our resident videographer who has been putting out slick, easy-to-follow video tutorials, reviews and other stuff on iDownloadBlog’s official YouTube channel. Just recently, for example, we published a video covering tips and tricks for making the most of the third-generation iPhone SE.

Introduced on March 8, 2022, the fifth-generation iPad Air retains the Liquid Retina display, a Touch ID-enabled power button and USB-C from its predecessor. The main upgrades for the iPad Air 5 include the inclusion of the Apple M1 chip (also found in the iPad Pro), which is big news in terms of bringing the iPad Air on par with the iPad Pro performance-wise. Read: How to adjust iPad app icons size on your home screen

Apple claims the M1’s 8-core CPU is 60 percent faster while the 8-core GPU is 2x faster than the previous iPad Air (which used the Apple A14 Bionic chip). The new iPad Air is equipped with an ultra-wide front lens and a twelve-megapixel sensor. The front camera supports Apple’s Center Stage feature, which uses AI-assisted automatic cropping and zooming to keep everyone in the frame during video calls. 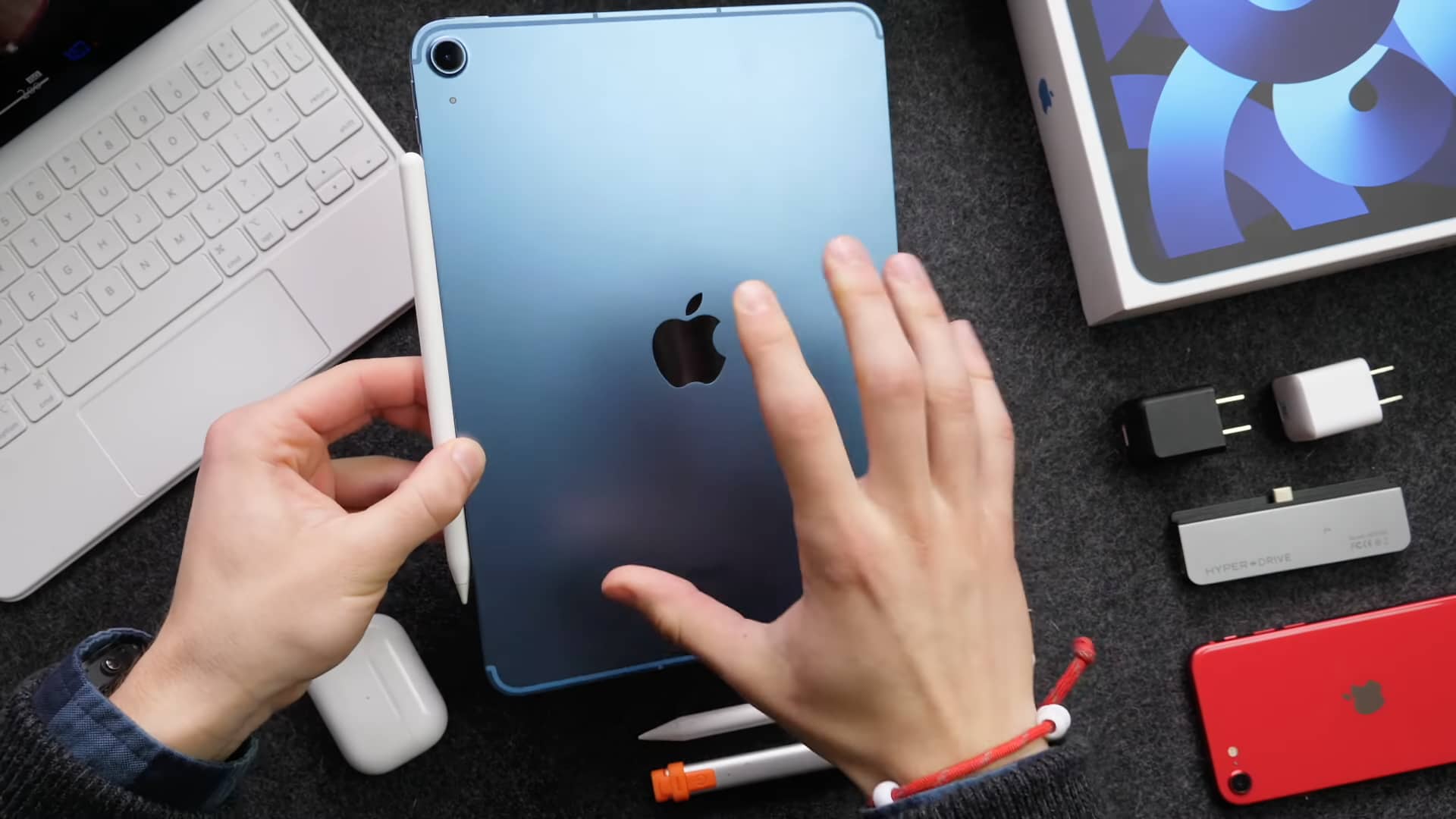 This is also the first iPad Air that provides 5G connectivity on cellular models. Other perks include 2x faster USB-C at 10Gbps, as well as eSIM and Wi-Fi 6 support.

The fifth-generation iPad Air is available via apple.com and select carriers/resellers in the US and other countries. The tablet comes in 64GB and 256GB configurations, with five color finishes available: space gray, starlight, pink, purple and blue. The Wi-Fi-only models start at $599 while Wi-Fi + cellular ones are going for $749.