The AltStore team released an updated version of the AltStore side-loading application for iPhones and iPads this Monday afternoon, officially bringing the software up to version 1.4.9. 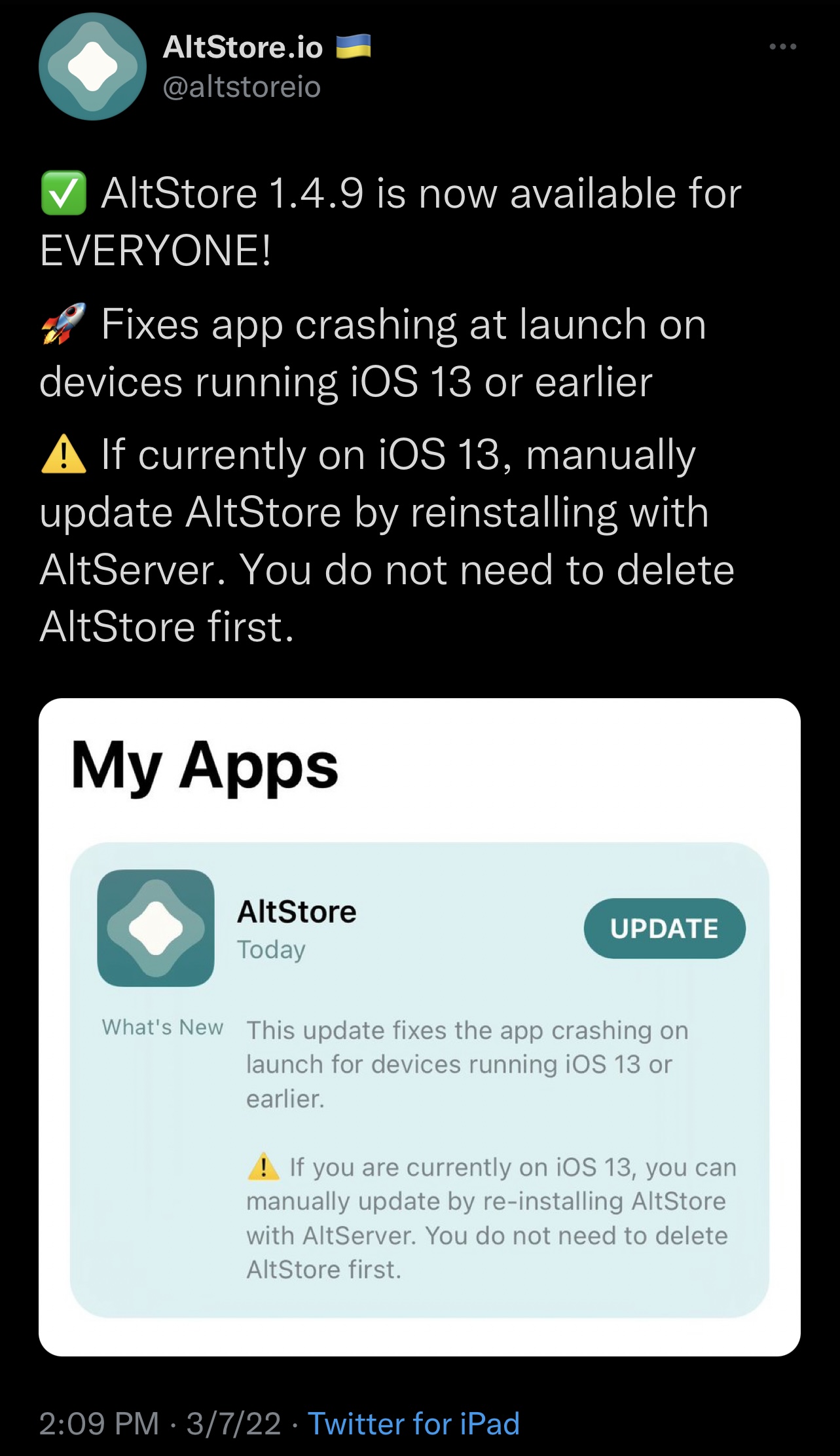 Citing the change log for AltStore v1.4.9, it seems that this version incorporates an important fix for a crashing issue on devices running iOS or iPadOS 13 or older.

Please note that there isn’t currently an update for the computer-based AltServer program, as today’s update only applies to the handset-based AltStore app.

While AltStore is popular among jailbreakers who need to sideload the Odyssey, Taurine, and unc0ver jailbreak apps, it’s also widely used by those wanting to sideload their own .ipa files to bypass the often neutering restrictions imposed by the App Store. This often entails modified apps, unsigned apps, and even game emulators.

Have you downloaded and installed the latest version of AltStore yet? Be sure to let us know in the comments section down below.