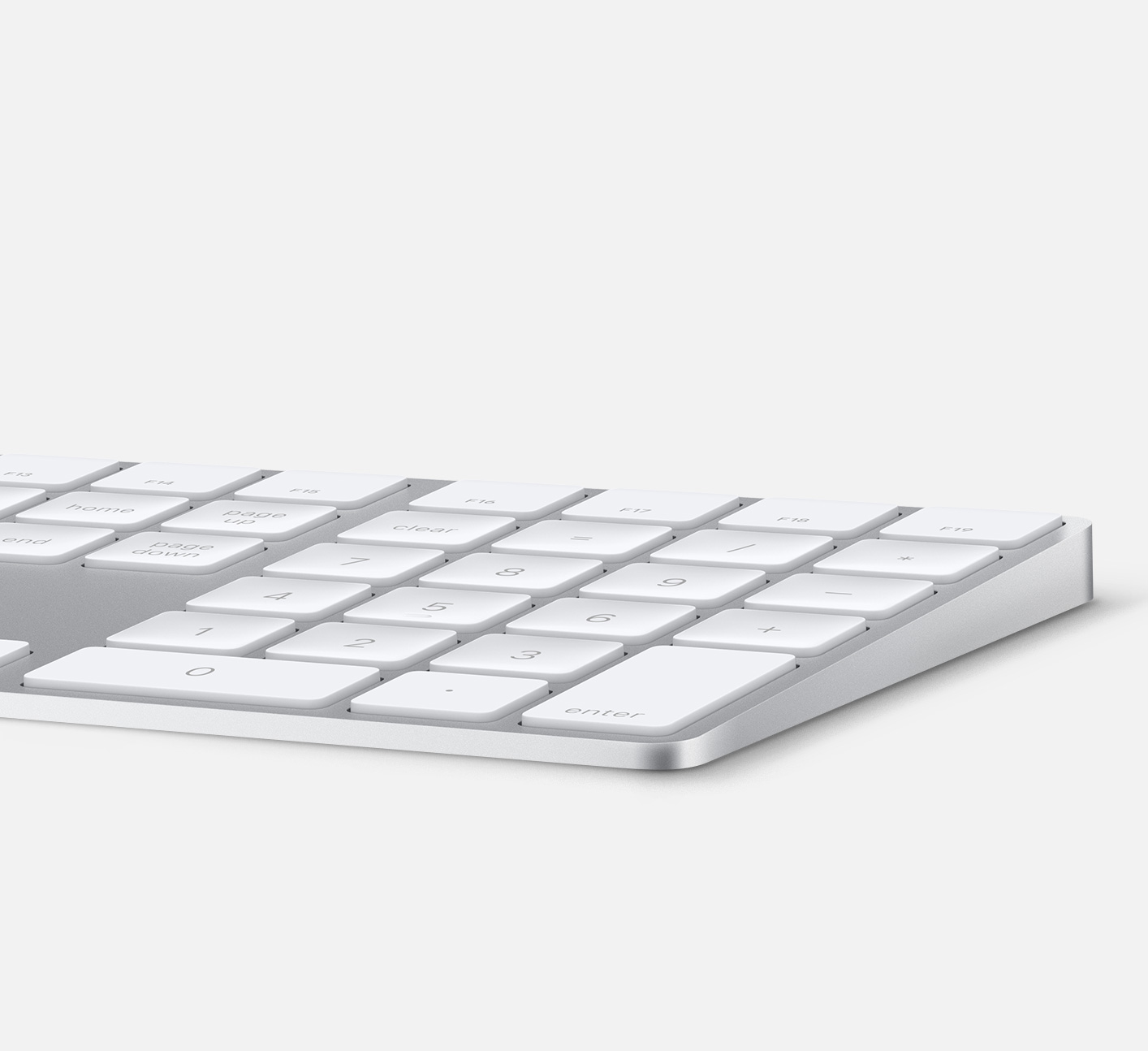 Apple wants to put a whole Mac within a Magic Keyboard

That’s the gist of a new patent application Apple filed with the United States Patent and Trademark Office (USPTO), titled “Computer in an input device”. It details how Apple could integrate all the Mac computing components within a Magic Keyboard.

The singular input/output port can be configured to receive data and power and configured to output data from the processing unit. The computing device can include an air-moving apparatus to move air along an airflow pathway. The enclosure can include a thermally conductive base.

The document goes on to propose a hybrid device that would look like an external keyboard and work as an external keyboard thanks to “an input component can be positioned at an external surface.” On the inside, there would be a CPU, RAM and other logic (integrated within an Apple system-on-a-chip such as the M1), the battery and not much else. Read: Mac feeling slow? Try this simple fix right now!

So such a computer/keyboard combo would work as both your regular external mechanical keyboard and a fully-powered Mac. You’d hook up this thing with an external display via singular I/O port, probably using something such as a USB/Thunderbolt cable. The only things you’d are an external monitor plus a trackpad or mouse. Read: How to customize Mac trackpad gestures

Bring your own display, that’s it!

Steve Jobs made a big of thing of how the little Mac mini was a BYODKM, or Bring Your Own Display, Keyboard and Mouse device. Now it seems Apple is looking at cutting that down even further, to when all you need to bring is your own display.

This device configuration can allow a user to carry a single computing device that can provide a desktop computing experience at any location having one or more computer monitors. For example, a user can transport a keyboard that houses a computer, as opposed to carrying an entire laptop or a tower and keyboard.

Although the filing doesn’t mention this, Apple already has the technology to build such a device. Have you seen your M1 MacBook Air’s logic board and how tiny it is? With further miniaturization of the components, would it be so inconceivable to imagine a computer à la an entry-level MacBook Air shrunken down so that both the logic board and the battery could fit within an external keyboard à la at least 2x thicker Magic Keyboard? Read: The ultimate list of Mac keyboard shortcuts

Apple itself mentions that strong demand for portable computing devices which also deliver high performance has driven “miniaturization and reduction in size of the once bulky computing components used to power and drive the devices.”

Components, such as processors, batteries, memory, integrated circuits and the like are now being manufactured within smaller footprints to provide lightweight and thin portable computing devices. Consequently, further tailoring of housing designs, shapes and configurations to provide additional or enhanced device functionality can therefore be desirable.

But still, Apple wouldn’t be the first to bring such a hybrid device to market…

Meet Raspberry’s Pi 440, a charming little $70 desktop PC inspired by the home computers of the 1980s. Make no mistake about it, this is a complete personal computer built into a compact keyboard. It offers, according to Raspberry itself, an experience that’s “indistinguishable from a legacy PC for the majority of users.” You can get a sense of the Raspberry Pi 440 by watching a little intro video we’ve embedded ahead. Read: How to set up your Raspberry Pi from start to finish

If you’re old enough to remember the early days of home computing—that would be mostly the 1980s and 1990s—you’re familiar with such names as the ZC Spectrum, Commodore 64, Commodore Amiga and Atari ST that integrated the logic board directly into the keyboard. Apple’s proposed idea is reminiscent of those charming times when those form factors were commonplace.

Our take: Why not?

We have a feeling a lot of people would see value in a Mac/Magic Keyboard hybrid, provided the price is right of course. But could Apple be trolling us? Whether the company has simply filed this patent as a defense strategy or is working on turning the idea into a real product is totally unclear at this point.

Apple owns many, many patents that have never gone beyond exploratory stages. On the other hand, something could indeed be cooking up in Apple’s design labs (devoid of Jony Ive) that could resemble a Magic Keyboard with a whole Mac inside.

This is just a patent application, not a granted patent. The USPTO could deny the patent on grounds that such an idea can never be patentable, and would be right to do so—Apple’s own patent filing mentions several examples of prior designs.