Shortly after the Sileo Team launched Sileo v2.3 on Friday with bug fixes and to replace the Packix repository with the Havoc repository as a default, the Odyssey Team published an updated version of the iOS & iPadOS 14-centric Taurine jailbreak. 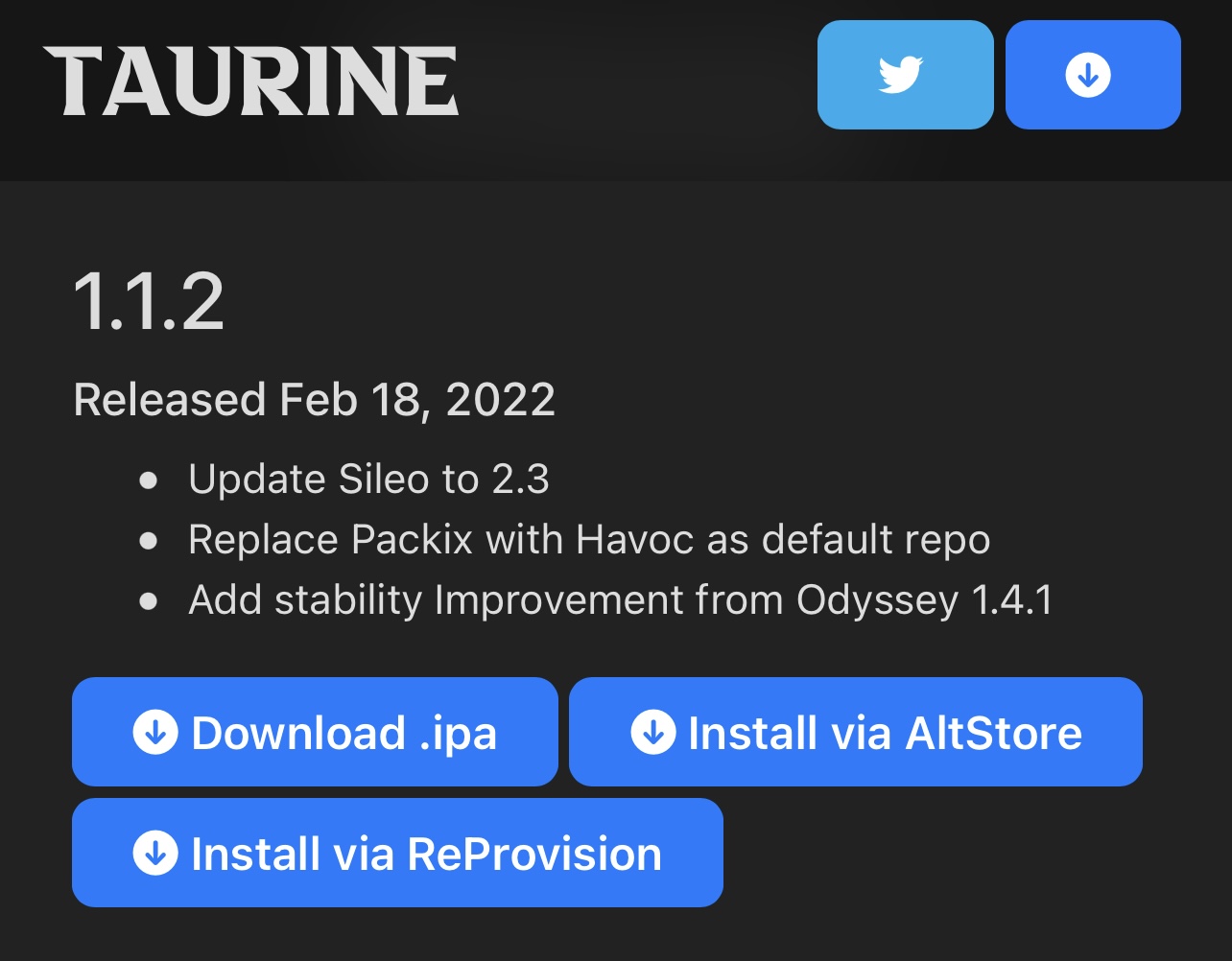 The latest version of Taurine, dubbed version 1.1.2, is a relatively minor update, but is still recommended for all existing users and for all jailbreakers who plan to jailbreak iOS or iPadOS 14 in the near future.

– Bundle the updated Sileo version 2.3
– Replace the outgoing Packix repository with the newer Havoc repository as a default
– Add stability improvements inspired by v1.4.1 of the Odyssey jailbreak for iOS & iPadOS 13

As always, the Taurine jailbreak is available from the Taurine.app website and supports iOS & iPadOS 14.0-14.3 devices only.

Users can install the update using AltStore via their Mac or PC. Those who require help jailbreaking their iPhone or iPad with Taurine for the first time can refer to our step-by-step tutorial to get started.

Taurine is open source on the Odyssey Team’s GitHub page.

Have you downloaded the latest version of the Taurine jailbreak yet, or are you using a different jailbreak? Let us know in the comments section down below.