The official Apple Support app has been updated with the ability to get price estimates for common repairs such as fixing cracked iPhone screens or replacing batteries. 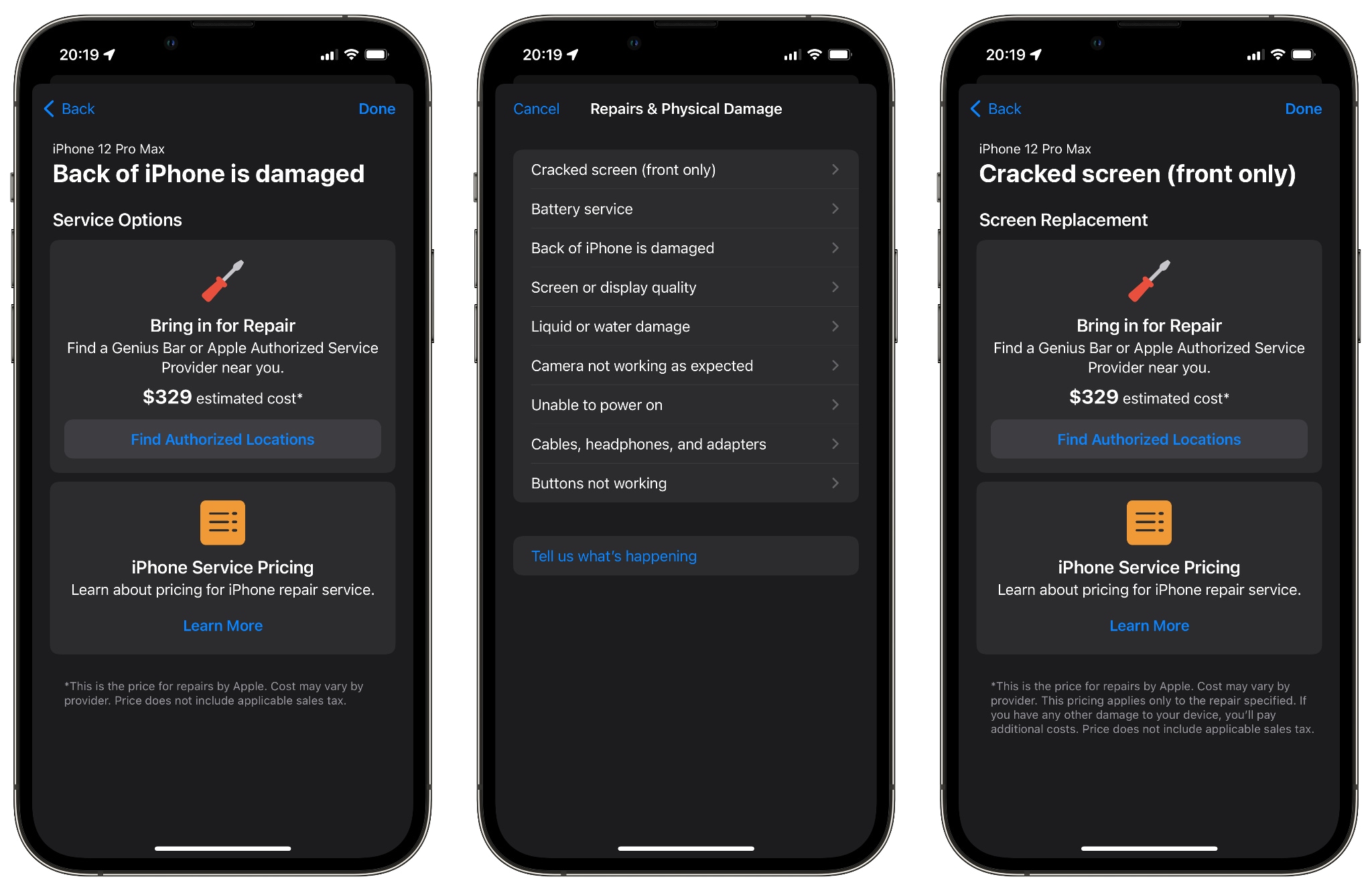 According to the changelog accompanying the latest 4.5 update to the Apple Support app, the refreshed software now enables you to request and get price estimates for common repairs. If this feature is available for your area, you’ll be able to tell Apple about your issue by choosing from a list of common problems such as faulty batteries, broken screens and physical damage. Once you properly categories the issue you’re dealign with, the Apple Support app will show you relevant price quotes.

Other improvements and enhancements are available in this release as well. For instance, Ukrainians will find the software more approachable than ever before because Apple support is now translated for people in Ukraine. Read: How to chat live with Apple Support on the web or your device

And of course, the traditional “performance enhancements and bug fixes” are also part of this release (this can be said about literally any app).

Here’s the official changelog for Apple Support for iOS version 4.5:

Download the official Apple Support app from the App Store for free.