Celebrating the New Year is a regular thing for Apple. And this year isn’t any different. The company is offering up not only a limited-edition AirTag (for eligible customers) in Japan, but it’s also launching a new special-edition pair of Beats Studio Buds, too. 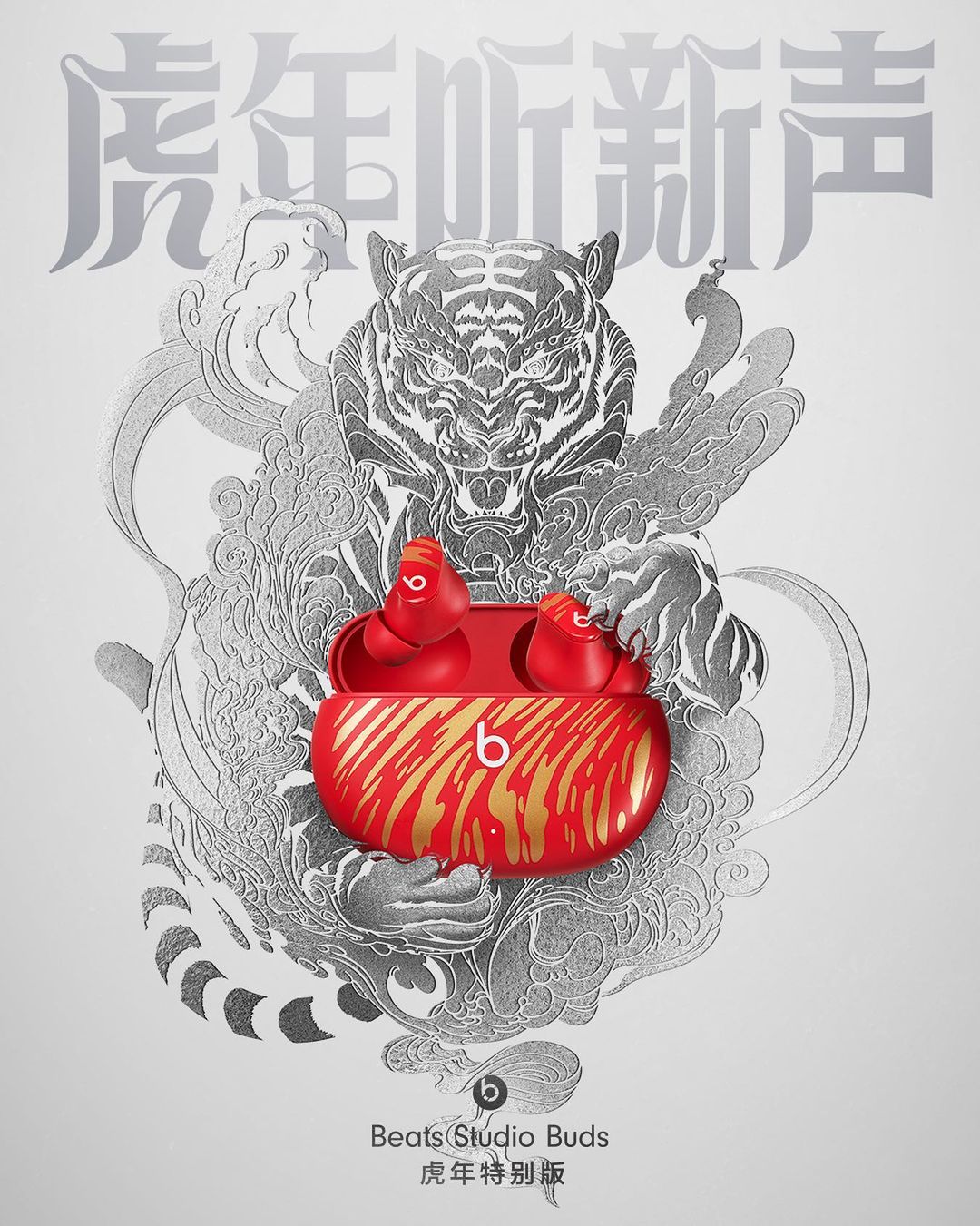 Beats By Dre officially announced the new Studio Buds this week. The company’s Instagram account confirmed that the new headphones, along with the charging case, are designed to showcase and celebrate the Lunar New Year. And, of course, the Year of the Tiger.

The new headphones and wireless charging case feature an all-red design, highlighted by gold tiger print accents. You can see what they look like in the image just above.

Resource: Tips and tricks for the Beats Studio Buds

Apple also confirmed that the new Beats Studio Buds will launch on April 1, 2022. As for the specs, it sounds like they’ll be exactly the same as the standard Studio Buds, which Beats launched back in June of this year. Beats Studio Buds feature an in-ear design, no ear hooks, and a truly wireless design. The headphones offer replaceable tips, Active Noise Cancellation, and they’ll likely be priced around the $149.

What do you think of this special design?