If you don’t like how the cover image of a photo album looks like, you can easily replace it with any other picture or video of your choice. Here are the quick steps to change the album cover image in the iPhone, iPad, and Mac Photos app. 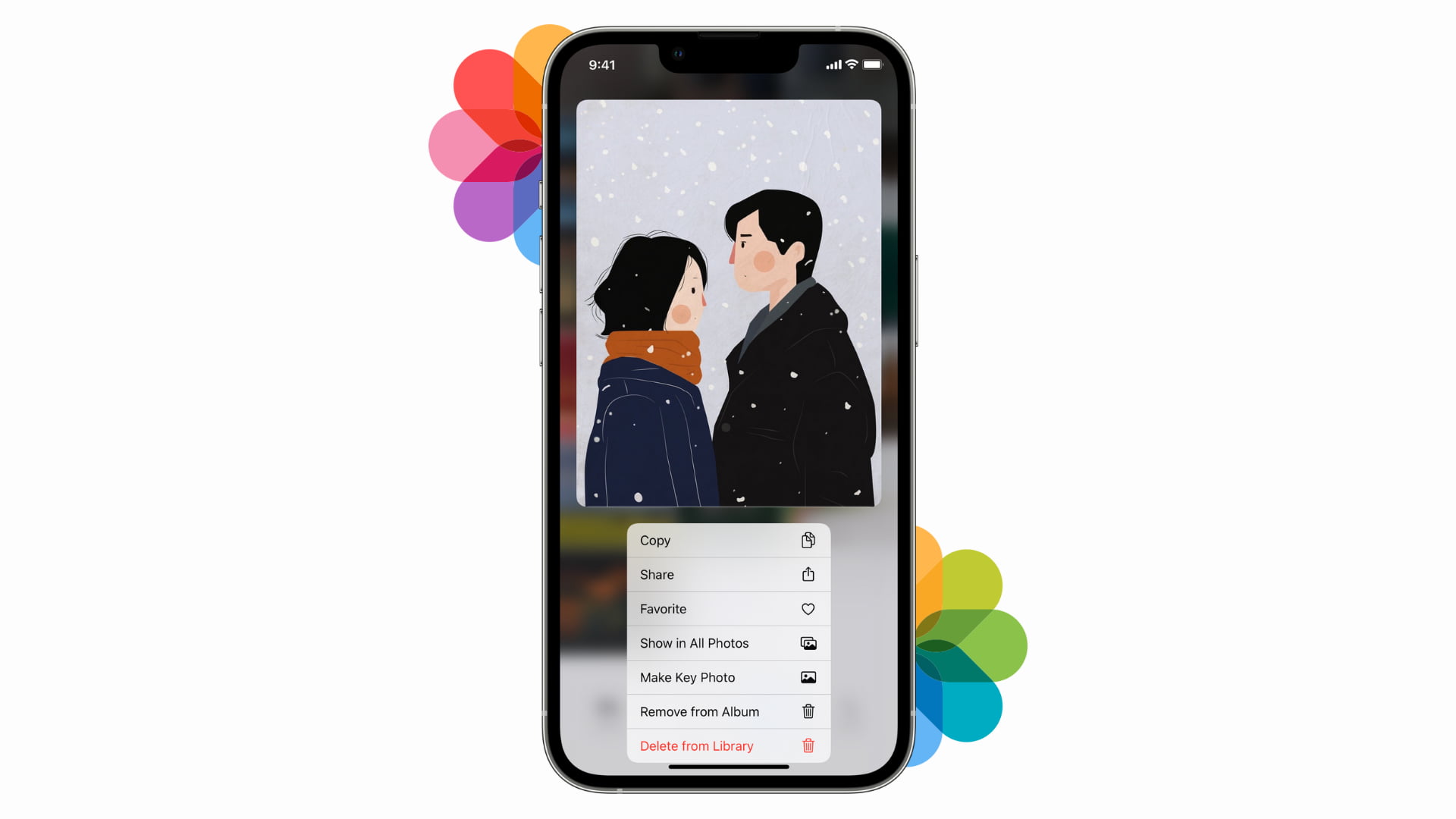 How to change the cover photo of an album in the iPhone, iPad Photos app

1) Open the Photos app and make sure you are in the Albums tab.

2) Tap See All or swipe left to reach the desired album.

3) Tap to go inside the album.

4) Find the picture or video you want to set as the album cover.

5) Long-press the picture or video, and tap Make Key Photo. 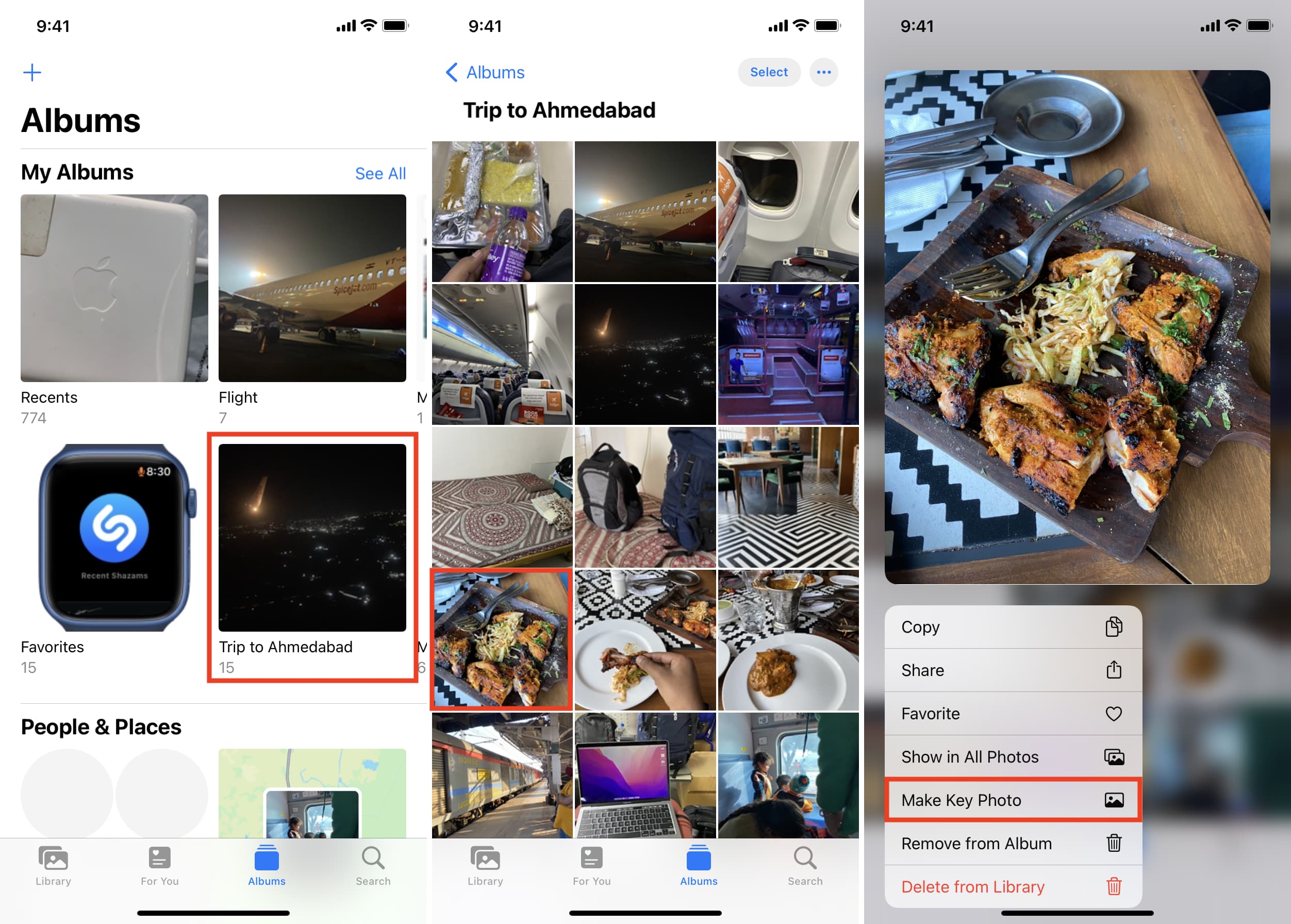 Here’s how the album cover looks before and after: 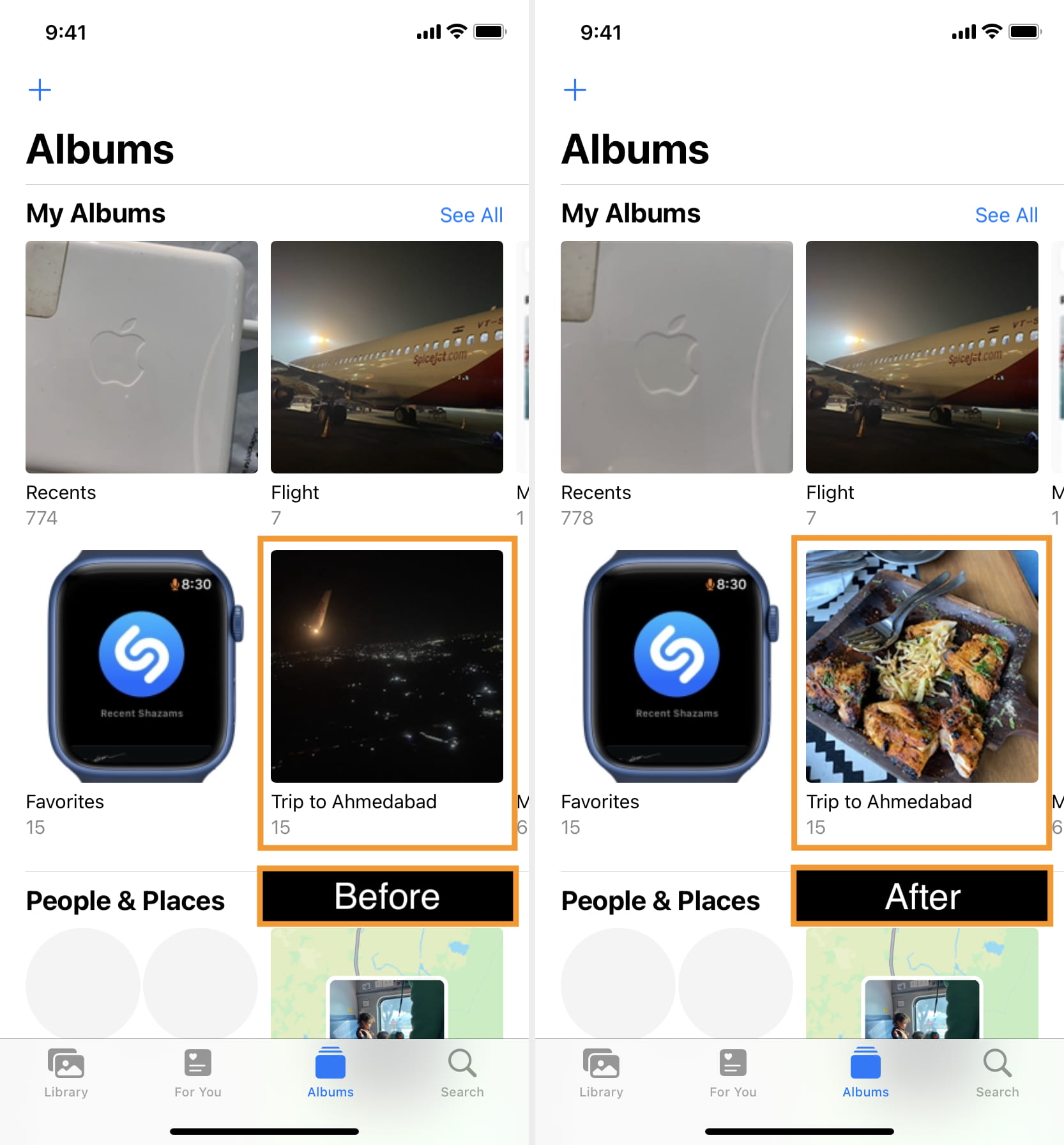 If the desired image or clip you want to set as the key photo is not already in the album, you’ll have to add it first. Here’s how:

2) Find and tap the desired image to open it.

3) Tap the share icon > Add to Album and select the album name.

4) Now, follow the steps in the above heading to make this the cover image. 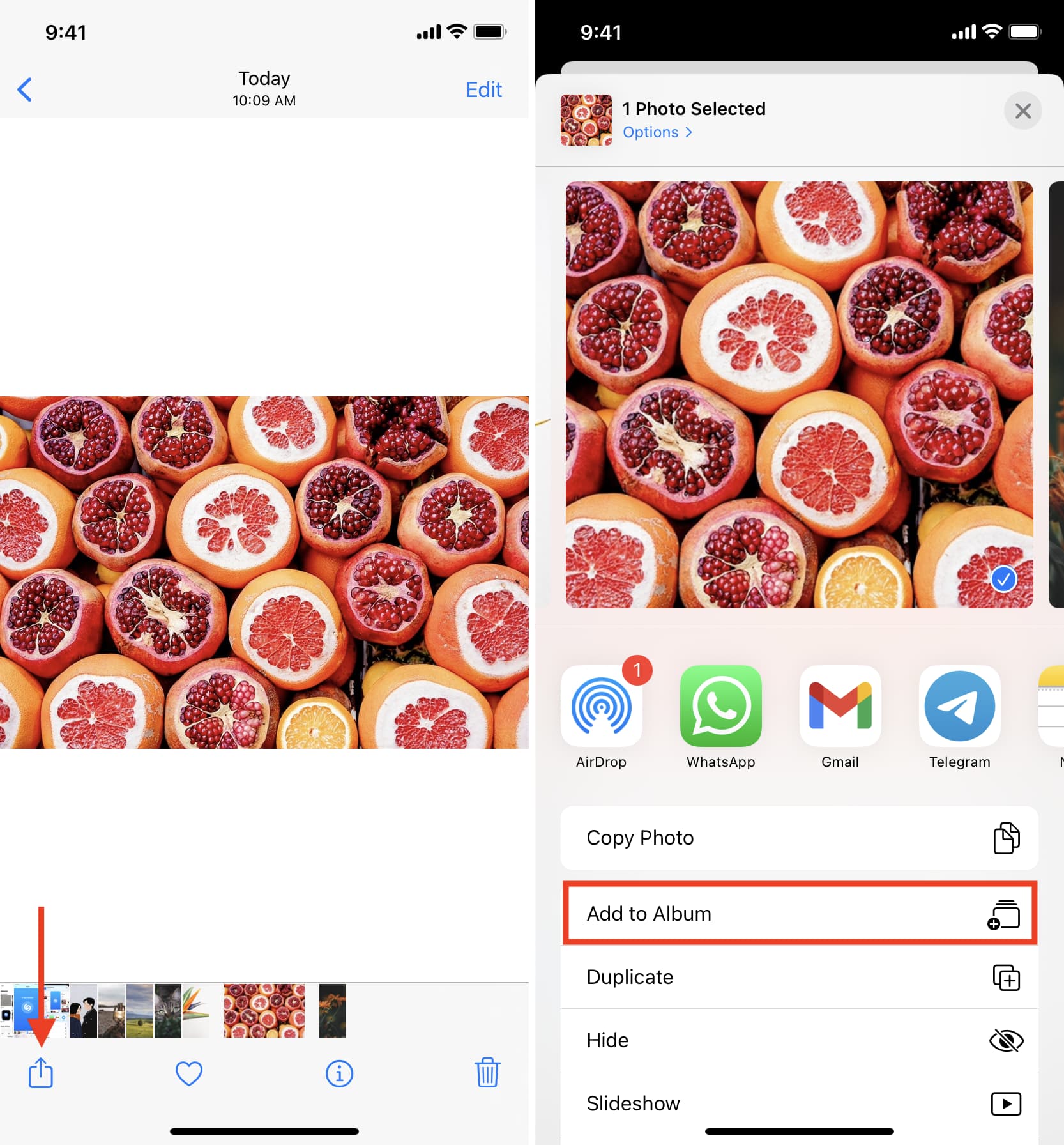 How to remove the album cover in the iPhone, iPad Photos app

If you don’t prefer the automatic album cover, please follow the above steps to change it to your liking. Now, after a while, if you don’t appreciate even the picture you manually set, the only option is to replace it by using any other image as the key photo.

Additionally, when you remove an image from the album, it automatically stops being the cover image.

Some facts about album cover image

Here are a few interesting things I observed while writing this article:

How to change the cover image of an album on Mac

1) Open the macOS Photos app and go inside to the desired album.

2) Right-click on an image and select Make Key Photo. 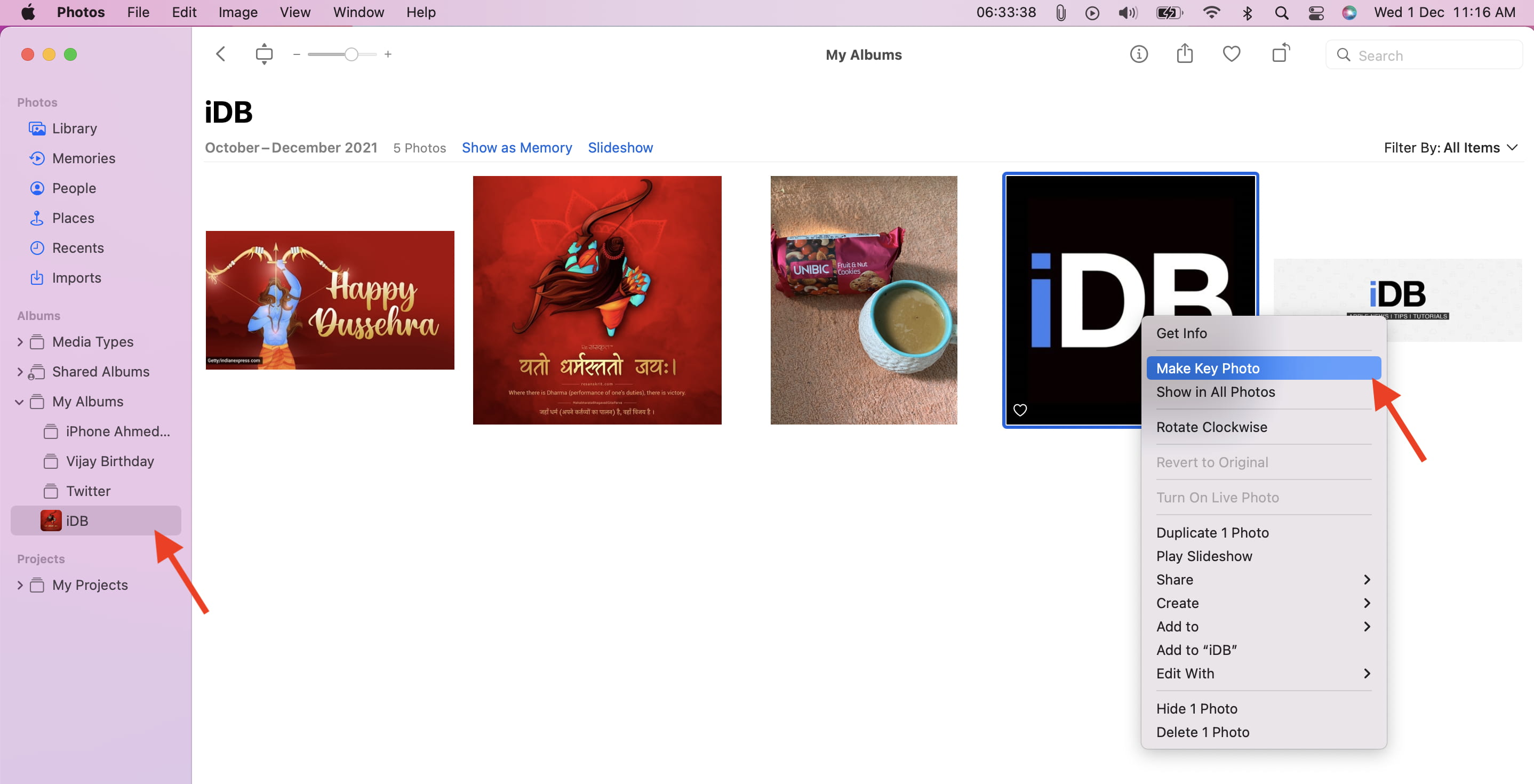 Related helpful posts for you: