Being a collector of rare Apple-branded items must be exciting. The rest of us get to live vicariously through that person as they post photos of their finds on the internet. Which is how we get to see crazy things like translucent prototypes of existing products.

Giulio Zompetti is one of those collectors of rare Apple products. He has a wide variety of items on hand at all times, including a deconstructed iPhone 4S that’s been framed like a painting. But, today, he posted a couple of different photos showing off an AirPods prototype.

That’s not all, though. These prototypes show off the traditional white piece that goes in the ear. Which is all well and good. But! The stem and base areas are translucent. There’s no definitive mention in the original Twitter post, but it appears these are either first- or second-generation AirPods.

Engineers sometimes utilize translucent casings to see the interior of the device, with its pieces tucked inside, without having to open it up. Plus, it’s always fun to see something like this out in the wild, even if it will never be a finalized product (from Apple) in that design aesthetic.

Last week, Zompetti shared another photo of a translucent prototype (via MacRumors). That time, though, it was an Apple 29W power adapter. Here’s what that looks like: 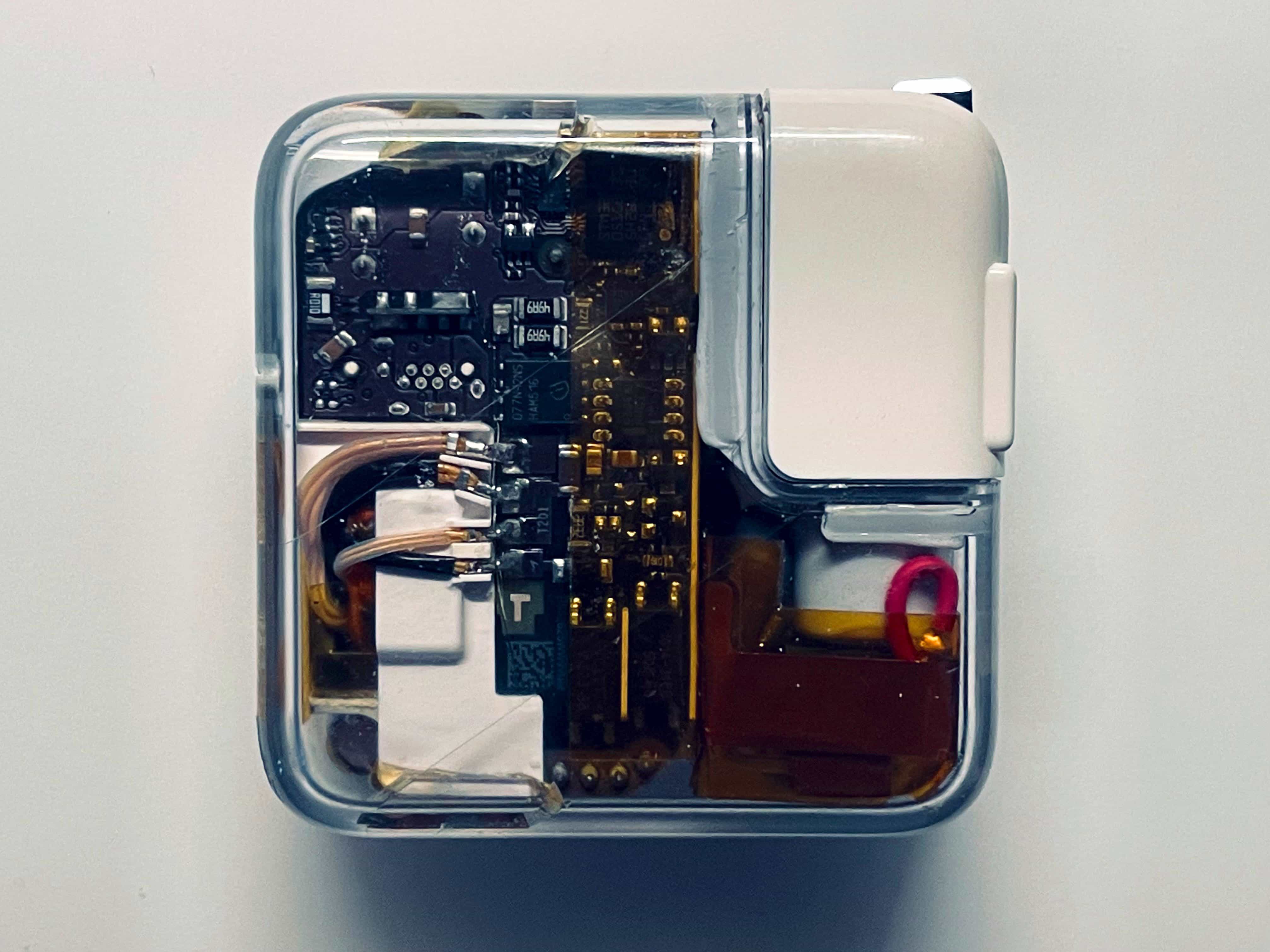 This probably wouldn’t be a design choice that many consumers would want, but it is cool to see in its early stages anyway.

How about you? Would you buy an official Apple accessory, including AirPods, if it was translucent?