What, exactly, is the Apple Car? Is it an actual vehicle that consumers will be able to buy one day? Was it that, at some point, but has ultimately transformed into something else — like a fleet of autonomous vehicles meant to ferry employees? Or is it a fully autonomous, consumer-focused vehicle meant to get you and your family to where you need to go? None of these? Who knows!

But Bloomberg is looking to shed some light on the situation, at least. And, according to the publications latest report on the matter, things have changed a bit ever since Kevin Lynch took over leading duties on Project Titan. If you’ll recall, Lynch, Apple’s VP of Technology, started leading the Apple Car project in September of this year. And apparently he’s already made a lasting impression on the effort.

The report says Apple is now “pushing to accelerate development” for the project. What’s more, with Lynch in the lead, the team is now focused on “full self-driving capabilities.” Indeed, the report tells us that Apple has been working on both ideas –partially self-driving and fully autonomous– for quite some time. But it’s Lynch’s new leadership role within the project that has them focusing on the second option now.

Lynch is now “pushing for a car with a full self-driving system in the first version.” Which is a pretty high bar to reach, considering it’s something that the automobile market has been working towards for quite some time. Some companies are ahead of others, but there’s still plenty of room for some company to swoop in with the ultimate answer. One that works consistently and all the time.

The report adds Apple is indeed pushing things ahead quite a bit. So much so that Apple is now planning to debut its fully autonomous automobile in just four years. Previously, it was expected Apple wouldn’t get around to unveiling its own-branded vehicle for another five to seven years. However, as these things typically are, the timing is “fluid,” and that could change:

Apple is internally targeting a launch of its self-driving car in four years, faster than the five- to seven-year timeline that some engineers had been planning for earlier this year. But the timing is fluid, and hitting that 2025 target is dependent on the company’s ability to complete the self-driving system — an ambitious task on that schedule. If Apple is unable to reach its goal, it could either delay a release or initially sell a car with lesser technology.

Moving to the car itself, and that fully autonomous dream, it would mean a very different approach to the interior of a vehicle. Apple’s goal is to have the inside of its car designed around a completely driver-free scenario. That means no steering wheel and no pedals. The interior would have a more open space, similar to a limousine, and the passenger seats would all be facing one another. 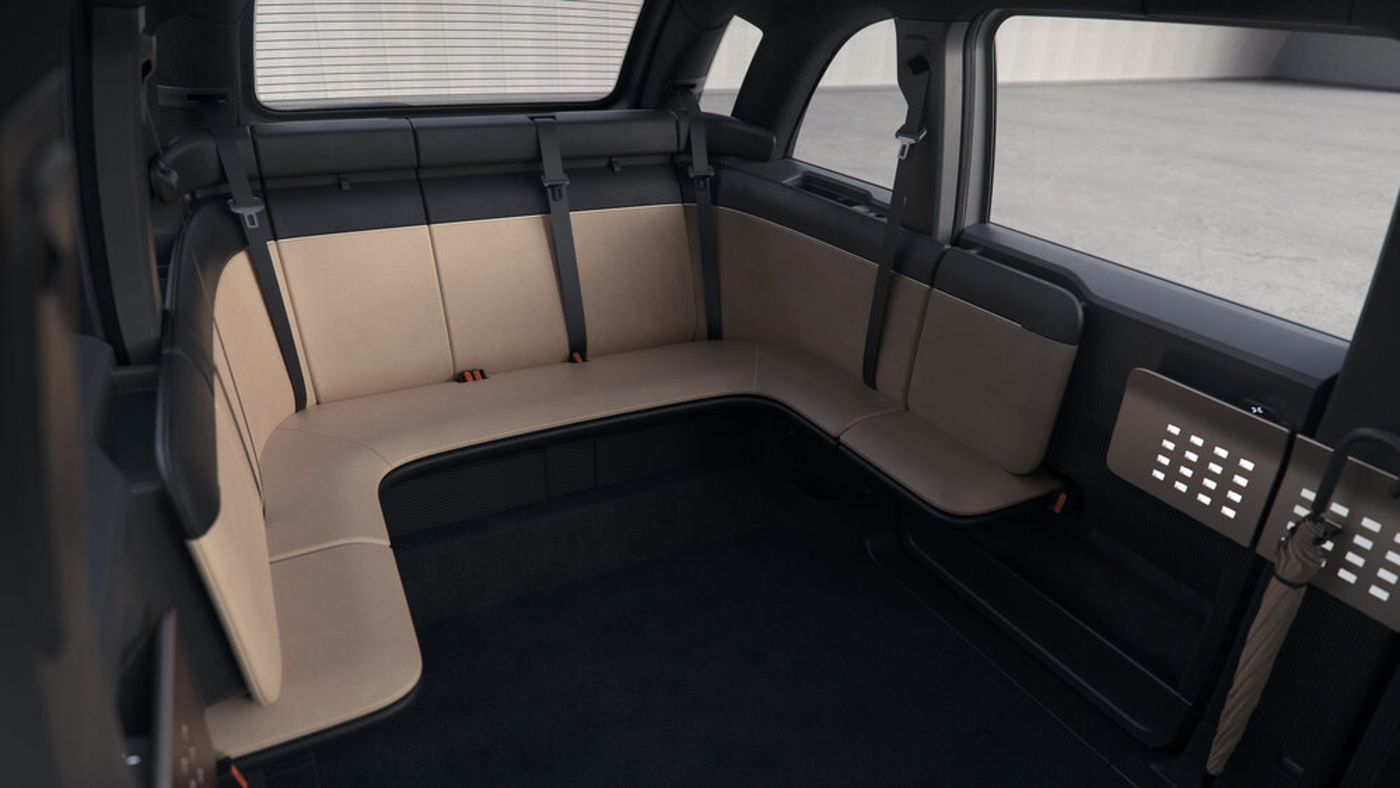 Things get wild when you get to infotainment, though. As you are already aware, the infotainment system in current vehicles is mostly built around a screen of some size on the dashboard, set between the driver and the front passenger. However, this report indicates that, due to the Apple Car’s fully autonomous design, that would not be the case. Instead, the infotainment would be set in the middle of the passenger area, which would basically make it accessible to everyone in the vehicle at the same time:

Apple has also explored designs where the car’s infotainment system — likely a large iPad-like touch screen — would be in the middle of the vehicle, letting users interact with it throughout a ride. The car would also be heavily integrated with Apple’s existing services and devices. Though the company is pushing to not have a standard steering wheel, Apple has discussed equipping the car with an emergency takeover mode.

Apple has reportedly also “completed much of the core work on the processor” that will apparently be utilized in this future vehicle. It’s designed by the same folks who made the processors for the iPhone, iPad, and Mac. So it wasn’t designed by the car team. Considering Apple’s strength in this area, that shouldn’t come as a shock to anyone. One has to wonder if it will be the C-series of chips.

That processor is an impressive one, too. And, Apple may start actual testing, on actual roads, in the very near future:

The advancements could soon make their way into road tests. Apple plans to start using the new processor design and updated self-driving sensors in retrofitted cars that it’s spent years testing in California. The company currently has a fleet of 69 Lexus SUVs experimenting with its technology, according to the state’s Department of Motor Vehicles.

The Apple car chip is the most advanced component that Apple has developed internally and is made up primarily of neural processors that can handle the artificial intelligence needed for autonomous driving. The chip’s capabilities mean it will run hot and likely require the development of a sophisticated cooling system.

To help reach its goals, Apple is hiring a lot of people. Key figures to help with various stress points, including climate needs and safety, as well as battery experts and much more.

However, the report says that some within the Project Titan team are skeptical of the timeframe that Lynch and the company has regarding the automobile’s big debut. Can they reach 2025 realistically? There appears to be some hesitation there. But, obviously nothing is set in stone, and Apple will probably do what it can to reach that goal if it can.

Which means we are inching towards a reality where an Apple-branded car exists. The question still remains, though: will this be an electric vehicle like we’re accustomed to seeing these days, from the likes of Tesla and Ford and Volkswagen? Or will this be something we’ve seen from Wayne and other companies of the sort, where the primary use case has been for taxis and similar needs?