Apple Arcade is home to over 200 games right now. It’s a rotating library, but, even so, there is a lot of content to choose from on a subscription service that retails for $4.99 per month. What’s more, Apple and game developers keep working out deals to keep adding new titles. For instance, a brand new brawler with your favorite Disney characters. 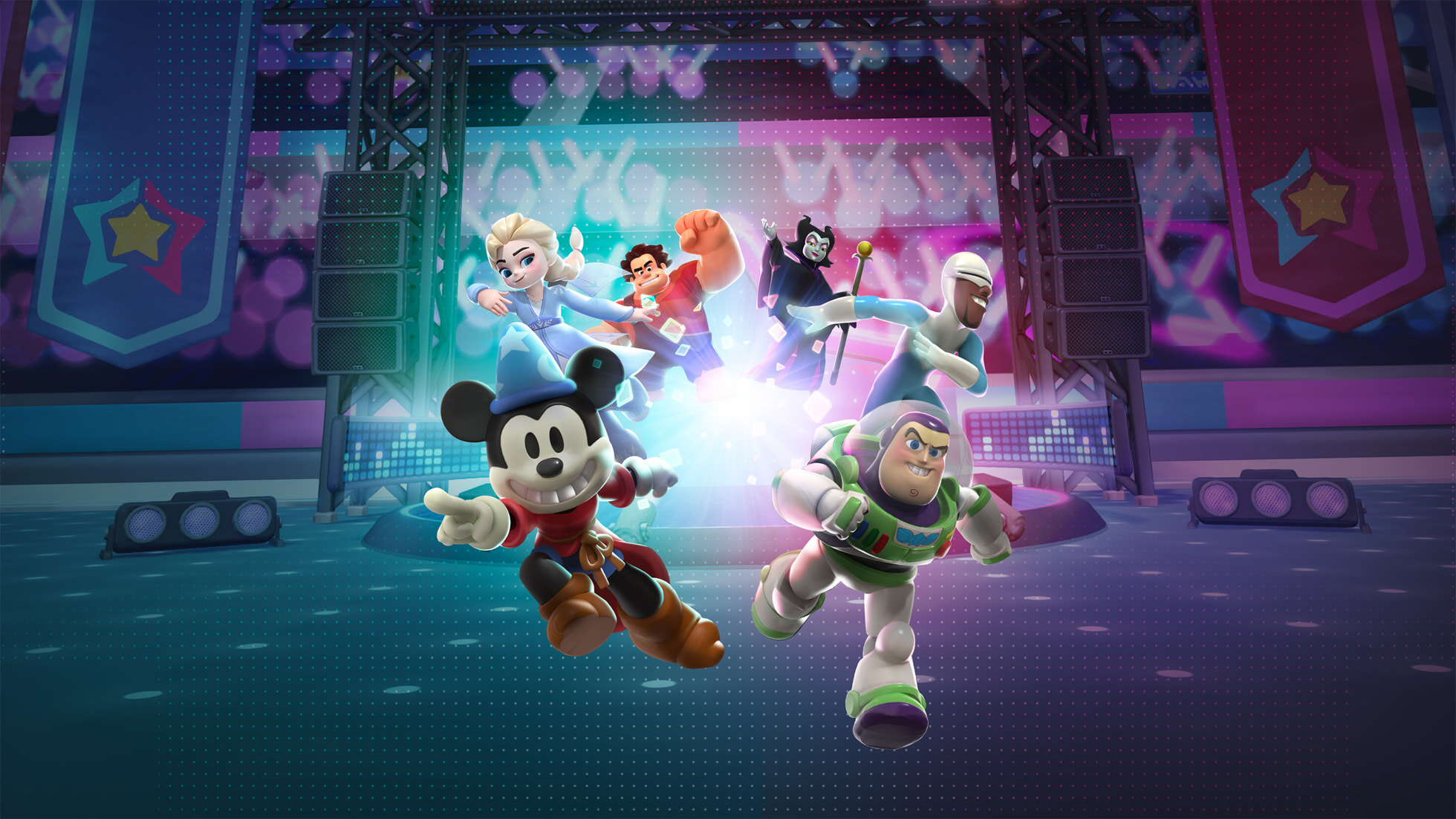 Including Mickey Mouse with a lot of teeth.

The new game is called Disney Melee Mania, and it’s developed by Mighty Bear Games. As Apple tells it, via its official announcement today, this is a family-friendly game that will see rumble-ready teams comprised of different Disney characters going toe-to-toe. They will be doing so in a “dazzling, never-before-seen virtual arena,” which seems to suggest there will only be one level to duke it out in?

The announcement says that there will be 12 characters from both Disney and Pixar to choose from right out of the gate, including fan-favorites like Elsa from Frozen or Ralph from Wreck-It Ralph. Buzz Lightyear from Toy Story and Moana from Moana also make an appearance, among plenty of others. The games are 3v3 matches, and each hero is apparently a holographic representation of the characters the player chooses.

From today’s announcement, Simon Davis, the CEO of Might Bear Games, weighs in:

We’re thrilled to work with Disney to bring these beloved characters to the first-ever Disney and Pixar battle arena game, available exclusively on Apple Arcade. Fans will compete with arcade-style Disney and Pixar champions in a fun and frenzied all-out brawl to survive the chaotic melee and stay in the spotlight.

The announcement says that each of the characters available to choose from will feature a “distinct action-ready design equipped with their own set of iconic moves,” and adds that there will be unlock able cosmetics for each of them as well. But, since this is an Apple Arcade title there won’t be any in-app purchases, or having to watch ads to unlock in-game currency to get those unlocks. Which is a nice benefit of Apple’s gaming subscription service.

Each match is, at maximum, five minutes in length. Each team needs to try to score the most points to win, or defeat the opposing teams more than any other team.

Players will find endless gaming options on Apple Arcade to keep them entertained on all their favorite devices this holiday season, from classic titles like ‘Crossy Road Castle’ and ‘Solitaire’ to creative new games like ‘Disney Melee Mania’ and ‘LEGO Star Wars: Castaways,’ Best of all, Apple Arcade delivers a worry-free uninterrupted gaming service, allowing families to simply enjoy fun and exciting gameplay experiences, all with no ads or in-app purchases.

Here’s what the game looks like in action, via a screenshot: 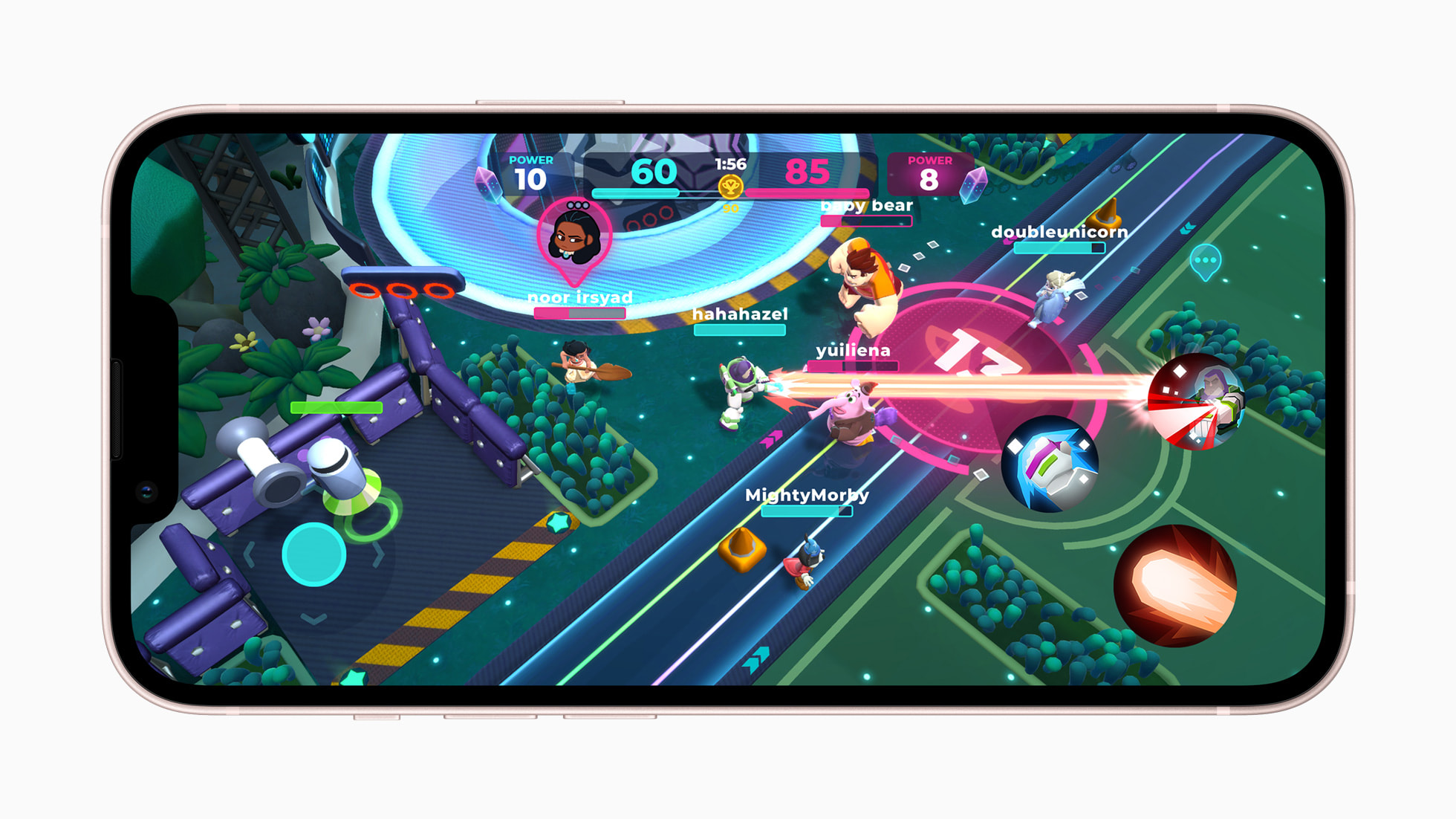 Today’s announcement about the new Disney and Pixar beat-’em-up also comes with other news. For instance, the brand new LEGO Star Wars: Castaways launches on Friday, November 19, 2021. This marks the “first online social, action-adventure LEGO Star Wars title,” which is pretty big news all by itself. If you want to see some short videos regarding both titles, head over to Apple’s announcement.

Are you still an Apple Arcade subscriber? If so, what are some of your favorite games on the service? Do you plan on checking out these new titles?