There are a lot of services out there to choose from if you want to watch something. Apple is just one of many. However, if you’re someone who simply prefers to use an official app rather than a website, those options actually get a bit more limited. Luckily for Amazon Prime Video fans out there, who also prefer an app, the wait is over. 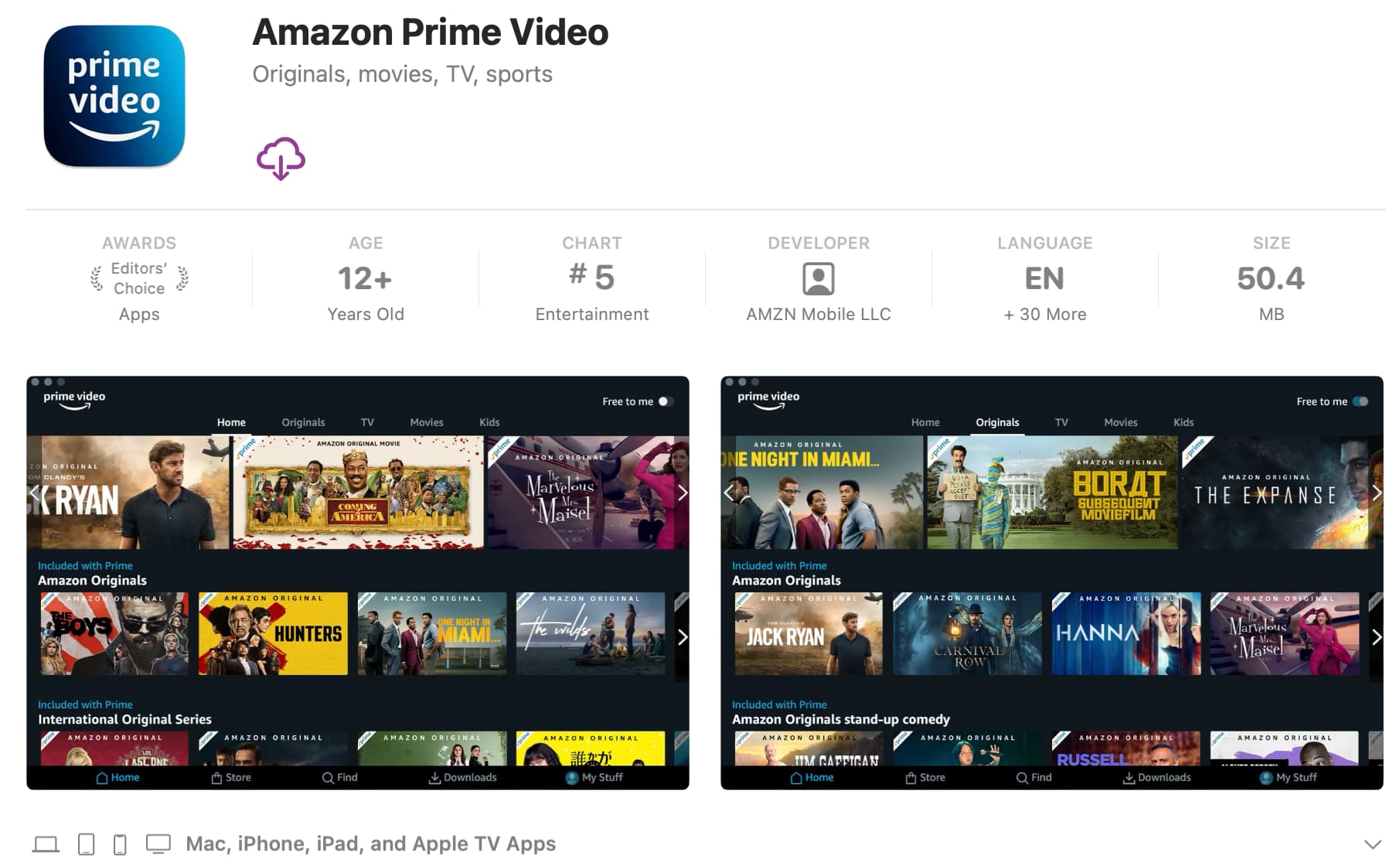 For Mac owners, there is now an official Prime Video app from Amazon available to download via the Mac App Store. Prime Video users can use the app to, obviously, watch a range of content that’s available on the service. They can also use the app to download those shows or movies directly to their device(s), which will make them available for offline watching.

The app also supports in-app purchases, so you’ll be able to rent or buy content directly within the app. What’s more, the official app also support macOS Picture-in-Picture, and AirPlay is supported as well. And all content that’s available via the Prime Video service is available via the app, which means users can also watch English Premier League (EPL) matches, as well as Thursday Night Football games.

You’ll need macOS Big Sur 11.4 or newer versions of the Mac desktop operating system to use the app. It’s available now for free.

With this release, this means Amazon’s Prime Video app is available for iPhone, iPad, Apple TV, and Mac.