Back in March, it was reported that Apple was one of the leading bids on a brand new film called The Greatest Beer Run Ever. The film is set to star Zac Efron (The Greatest Showman) and Russell Crowe (Gladiator). But, since that first news drop, we’ve been hearing quite a bit some casting details for the upcoming Apple TV+ movie. 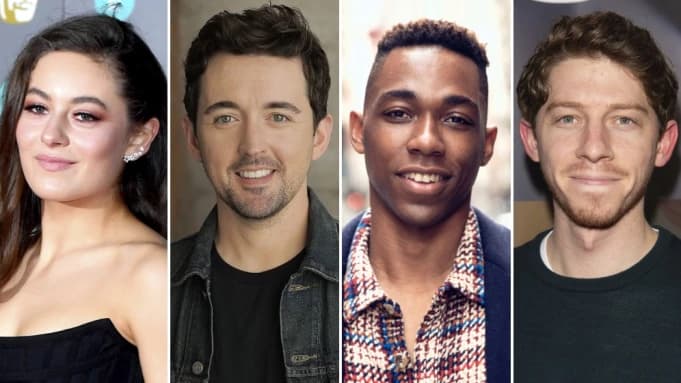 For instance, in September, Deadline reported that Jake Picking, Will Ropp, and Archie Renaux had joined the cast. What’s more, that original report from earlier in the year suggested that Bill Murray (On the Rocks) would be making an appearance in a supporting role, too. That last bit hasn’t been confirmed up to this point, and his name isn’t specifically mentioned in this latest report, unfortunately.

As for today’s news, Deadline says that a handful of additional actors are joining the upcoming film from Apple Studios and Skydance Media. They are Ruby Ashbourne Serkis (The Serpent), Matt Cook (Man With a Plan), Omari K. Chancellor (The One?), and Will Hocham (Blue Bloods). Each is pictured above, in order.

They will all be directed by Peter Farrelly (Green Book).

From that original report back in March:

The upcoming film is based on the book titled The Greatest Beer Run Ever: A Memoir of Friendship, Loyalty and War, written by Chick Donahue and J.T. Molloy. The script for the film was co-written by Farrelly, Pete Jones, and Brian Currie. Skydance will be helping with production studio via David Ellison, Don Granger, and Dana Goldberg.

The story centers around Don “Chickie” Donahue, who traveled to Vietnam back in the 60s to find his friends who were in the combat area. The reason? To share a few drinks with his “childhood friends.”

Deadline has some character details as well:

No word on when The Greatest Beer Run Ever will make its way to Apple TV+, though. As soon as we know more about this interesting project, we’ll be sure to pass it along.