Those following the Fugu14 untether that security researcher Linus Henze released just last month will likely be happy to hear that it has been updated again with notable improvements. 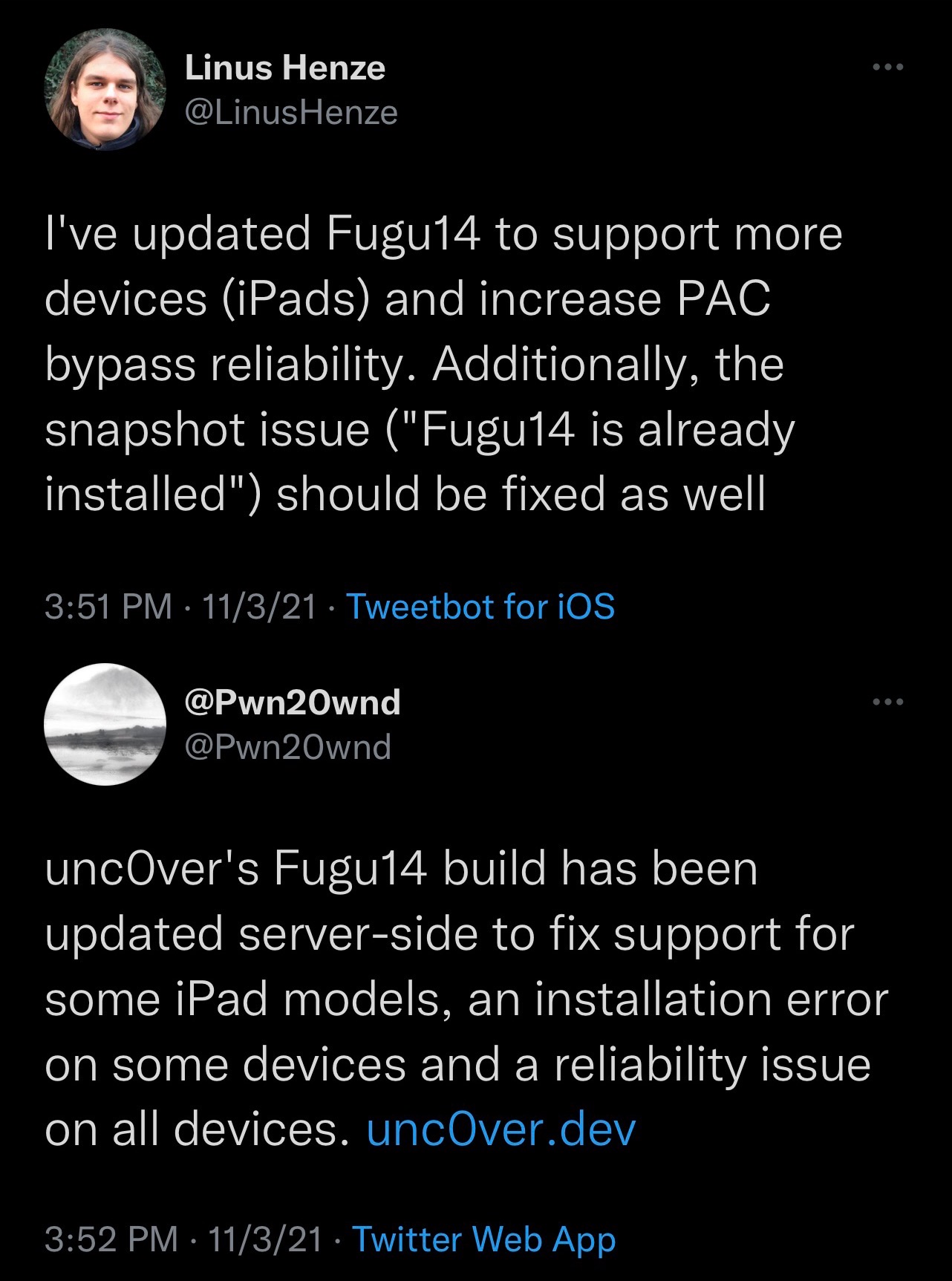 In a Tweet shared Wednesday afternoon, Henze said that the latest version of the Fugu14 untether has picked up support for more iPads and increased the reliability of the PAC bypass in addition to resolving a snapshot issue.

Pwn20wnd added that today’s update should resolve installation errors on some devices and improve overall reliability on other devices, however specific devices weren’t named.

It’s great to see that the Fugu14 untether is receiving regular updates because jailbreakers are actively taking advantage of it to keep their unc0ver jailbreak app signed indefinitely. Obviously, having a more stable installation is better for everyone.

Also read: How to use the Fugu14 untether with the unc0ver jailbreak

At this time, the Fugu14 untether is only intended for arm64e devices (iPhone XS and later) running iOS or iPadOS 14.4-14.5.1. Support for more device and firmware combinations can be added in the future, which is important considering that other jailbreaks including checkra1n and Taurine may add support in the future.

Are you excited to see that the Fugu14 untether is being actively maintained post-release? Be sure to discuss in the comments section down below.