If you haven’t heard about the Fugu14 untether and how the unc0ver jailbreak now supports it, then you’d be inviting the age-old question of whether you live under a rock or not. And now that the latest version of AltStore (v1.4.8) can bundle the Fugu14 untether with the latest version of the semi-untethered unc0ver jailbreak tool, lots of people with compatible devices are jumping onboard. 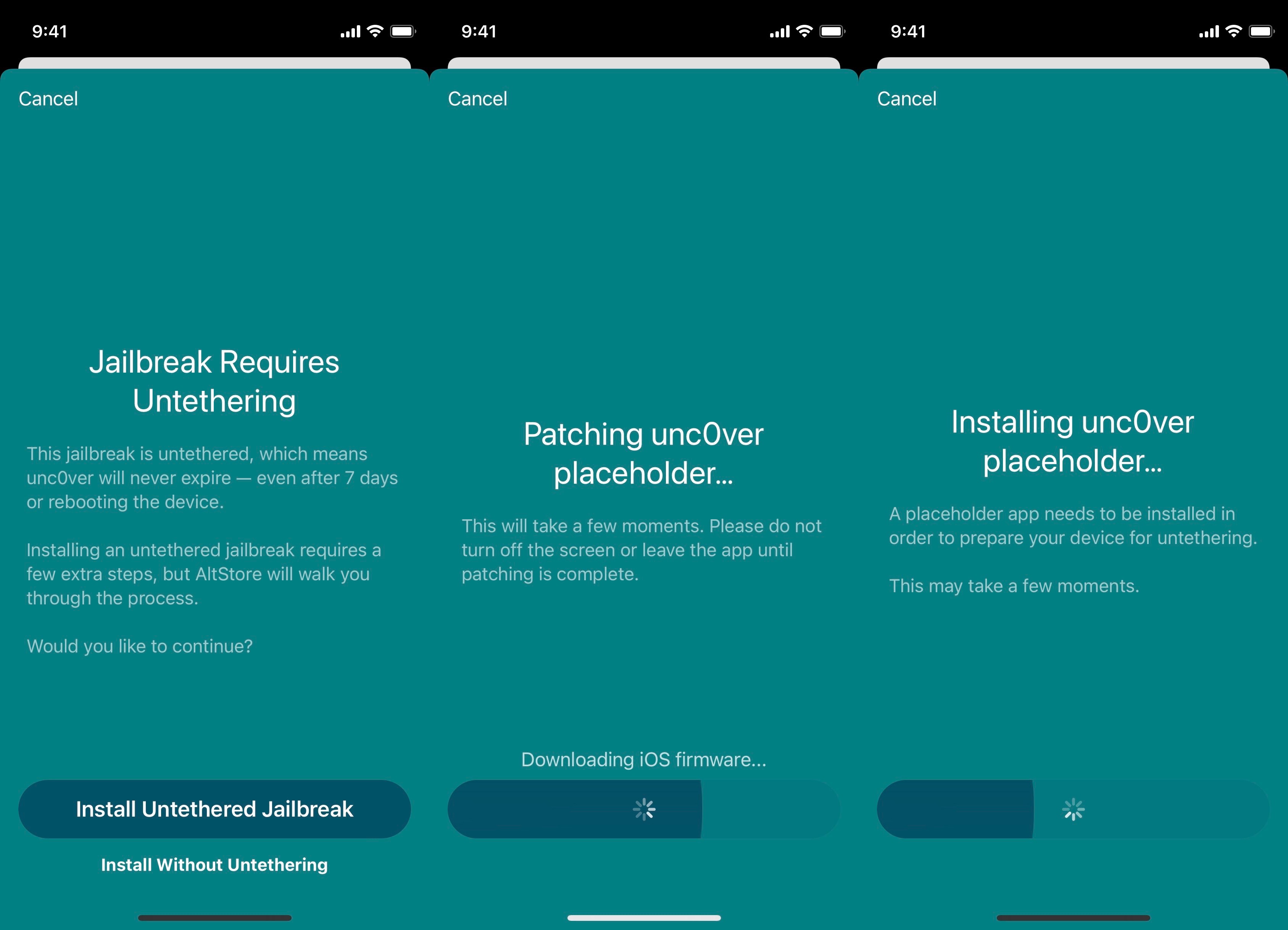 But does Fugu14 really transform the semi-untethered unc0ver jailbreak into a fully-untethered jailbreak for the limited subset of devices that Fugu14 supports in its current form? The answer to that question appears to be more complicated than it should be at face value, but that’s something we intend to clear up in this piece.

Firstly, we should mention right off the bat that Fugu14 in and of itself is an untethered jailbreak, albeit an incomplete one. It was developed by security researcher Linus Henze and later released in its incomplete form as a proof of concept so that jailbreak developers such as those in the checkra1n Team, Odyssey Team, and unc0ver Team could examine and attempt to make use of its inner workings for their own jailbreaks.

In its current form, the Fugu14 untether supports arm64e devices running iOS or iPadOS versions 14.4-14.5.1, and arm64e is a fancy way of saying iPhone XS or newer. Linus Henze has openly stated that Fugu14 could be updated to support older arm64 devices (iPhone X and older), however this would necessitate additional work.

Full stop right there. This is about where the confusion began, and at iDownloadBlog, we intend to clear up much of the confusion that this release and some of the verbiage used has kicked up.

A similar experience can be had with online signing services, as they can far surpass AltStore’s 7-day limit. But even signing services don’t last indefinitely, while the Fugu14 untether does.

Where things get confusing for some people is here: immediately following a reboot on the latest version of unc0ver with the Fugu14 untether, users will find themselves in a jailed state and will need to launch the unc0ver jailbreak app and re-jailbreak with it to return to a jailbroken state. A truly untethered jailbreak wouldn’t require this additional step by the end user, as the device would still be in a jailbroken state even after rebooting; A.K.A. persistence.

Okay, so now what?

When we said that unc0ver added “preliminary” support for Fugu14 in the original unc0ver v7.0.0 headline, that’s exactly how we meant it. Fugu14 doesn’t magically transform the unc0ver jailbreak into a full-fledged untethered jailbreak; at least not yet. But that could change in the future…

When Pwn20wnd added preliminary support for Fugu14 into the unc0ver jailbreak, it was more or less to offer enhanced functionality over the previous version in a shorter release window, which it did thanks to the indefinite app resigning. Pwn20wnd, along with other jailbreak developers in the checkra1n and Odyssey Teams have the opportunity to integrate the untether directly into their jailbreaks, which would make them fully untethered jailbreaks.

What we’re seeing right now is that the Fugu14 untether only supports a small subset of devices in its current form — that is, arm64e devices running iOS or iPadOS 14.4-14.5.1. Jailbreak developers likely want to expand support to more devices and more firmware versions, such as the iPhone X and older and all previous iOS & iPadOS 14 releases, and this will take a lot more time as it requires modifying the untether and performing lots of testing.

Once someone from one of the jailbreak teams gets the Fugu14 untether operating on more than just a small subset of devices, they’re likely to take the additional steps necessary to integrate the untether into their jailbreak tool. Why? Because it makes more sense to tackle it that way from a user experience perspective. Pre-releasing only partially-supported software convolutes everything and makes things less approachable by end users — especially new ones.

Should you install the untether?

Some users have reported bugs and issues since the untether is still very new and likely in need of some stability updates. With that in mind, we would definitely advise waiting a little longer for those stability updates, however nothing else should be holding you back.

While the Fugu14 untether isn’t yet offering a fully-untethered jailbreak by way of unc0ver, it still enhances unc0ver’ s capabilities by indefinitely re-signing the unc0ver jailbreak app, so it will do nothing but offer an additional lump of convenience for you.

Having said that, balance the risks with the benefits and make an informed choice.

Assuming you wish to enjoy that added perk, we have a written tutorial that will walk you through the steps to take advantage of the Fugu14 untether with your unc0ver jailbreak. Just remember, you’ll still technically be semi-untethered as of right now, but without the requirement to re-sign your unc0ver jailbreak app every 7 days.

It’s likely that existing jailbreaks could become fully untethered (staying jailbroken after a reboot) with the Fugu14 untether in the future. It’s also likely that those jailbreaks could support the untether on more devices than just the arm64e variety. Currently, the untether is still very new, so it will require additional work for that to happen, which also translates to more time. Patience is key.

While we hope that this piece has shed some light on the state of the untethered jailbreak in today’s jailbreak community, we welcome any comments and/or questions in the comments section down below.