It’s officially Sunday October 24th, and as many avid jailbreakers-at-heart have been waiting for, security researcher Linus Henze has made good on a promise to release an untether that supports up to and including iOS & iPadOS 14.5.1 right out of the box despite a minor postponement this week that was intended to resolve a few bugs prior to releasing.

Henze published the untether as a working component of an unfinished jailbreak dubbed Fugu14 on his GitHub page Sunday afternoon. In its current form, Fugu14 isn’t designed to be used by ordinary jailbreakers, but rather to be analyzed by jailbreak developers for what it is: a proof of concept. This distinction effectively makes it a learning experience for any jailbreak developer(s) that plan to incorporate it into existing jailbreak tools for iOS & iPadOS 14. 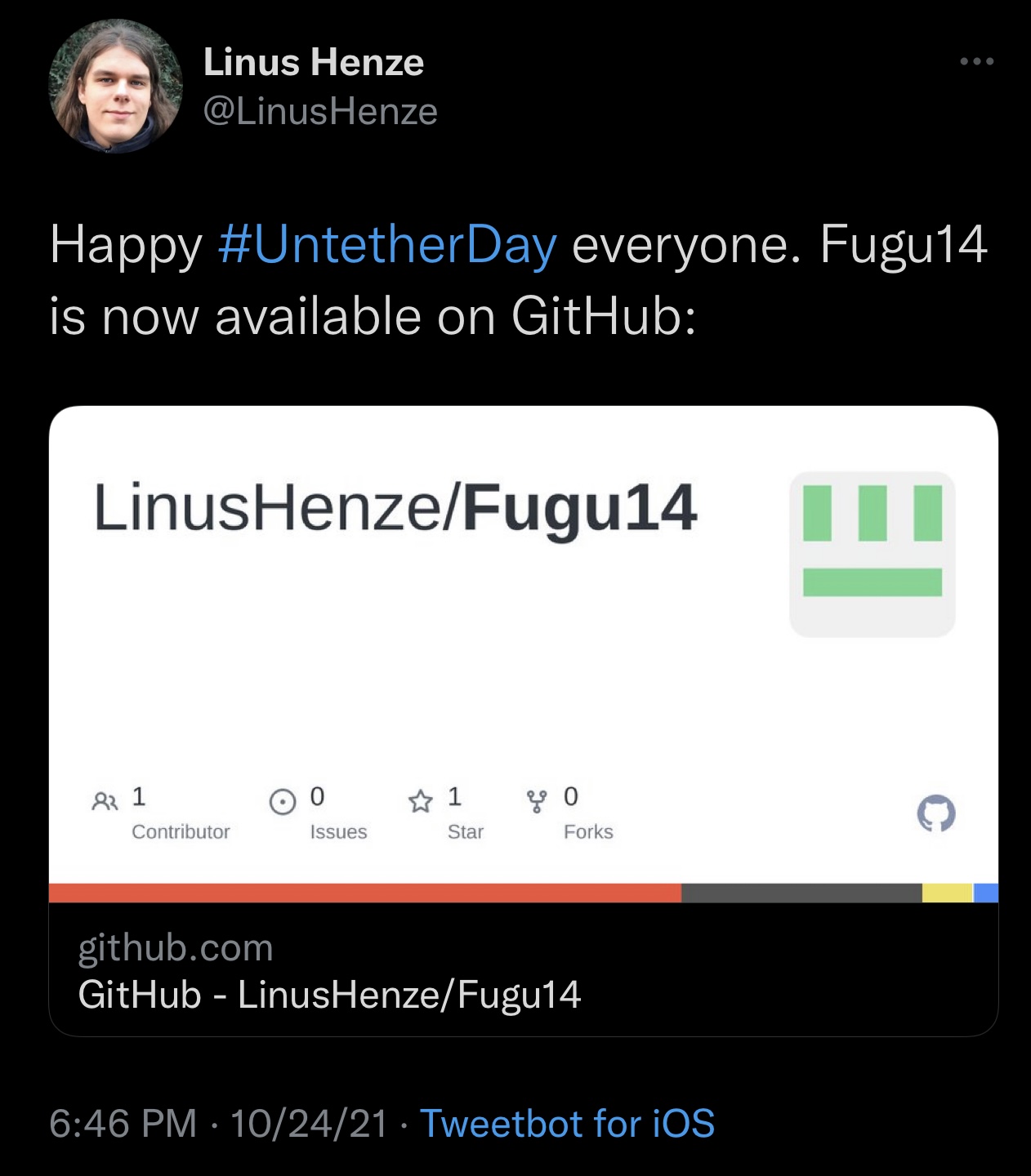 From what we can gather, the Fugu14 and untether proof of concept are designed for arm64e devices (iPhone XS and newer) running iOS & iPadOS 14.3-14.5.1. The untether can be tweaked to be made useful on iOS & iPadOS 14.0-14.2.1 and on older arm64 devices such as the iPhone X and earlier, however it would necessitate the use of a different kernel exploit on those devices such as cicuta_verosa, for example. Fortunately, all existing jailbreaks have working kernel exploitation at this time, so that shouldn’t be an issue.

As for who plans to take advantage of Henze’s untether, Pwn20wnd has already added preliminary support in the new unc0ver v7.0.0 release, while the Odyssey Team’s own CoolStar has said that there are plans to integrate it into the Taurine jailbreak for iOS & iPadOS 14. We haven’t yet heard anything from the checkra1n team about the checkra1n jailbreak.

Getting into the nitty-gritty, it’s important to clarify what this untether will and won’t do:

The untether permits a jailbroken device to be fully powered down and booted back up without losing its jailbroken state. Untethered jailbreaks are convenient because they don’t lose their jailbroken status unless the user restores the device. This effectively means no more connecting to computers or re-running signed apps every time you turn your handset off and on again. More details about the differences between types of jailbreaks are discussed in our dedicated post for those interested.

Now that the untether is officially available to interested parties, are you excited to see what becomes of it? As always, we’ll continue to monitor the situation closely and keep our readers apprised of any new developments.