Apple Music has launched more than 250 brand new playlists spanning hundreds of moods and activities, making it easier to pick the right music for the moment.

Apple talked about the new playlists briefly as part of its pre-taped product unveilings, broadcast on October 18, 2021 under the tagline “Unleashed”. Designed for easy voice requests with Siri, the new playlists span hundreds of various moods and activities.

Here are a few examples showing the diversity of the new playlist.

Apple Music has “tens of thousands of playlists,” according to the company.

To help navigate the new playlists, check out a cool guide put together by MacStories which lists all of the new playlists grouped into categories like Activities, Inspiration and Focus, Self-Care, Get Going and Get Out, Sports and Games, Zodiac and more.

There’s also a workflow for the Shortcuts app to use in your iOS automations.

When you’re on this plan, however, the Music app on your devices will restrict Apple Music content to Siri-suggested tunes and your listening history.

Apple clarifies in a press release.

Apple Music Voice Plan subscribers will get a customized in-app experience with suggestions based on the listener’s music preferences and a queue of recently played music through Siri. Within the app there will also be a dedicated section called ‘Just Ask Siri’ where subscribers can learn tips to optimize Siri for Apple Music.

These new playlists are available to every subscriber of any Apple Music plan. 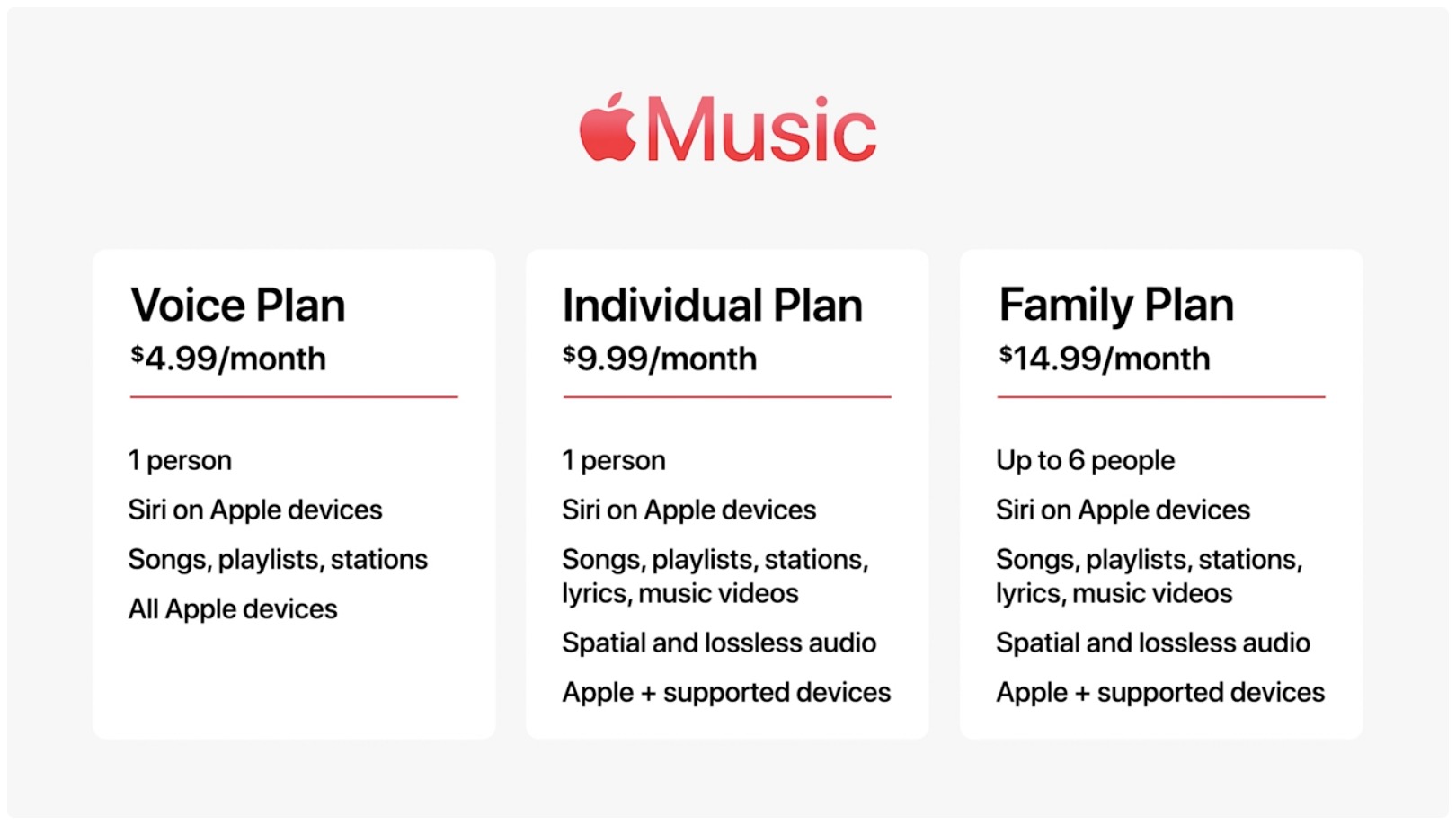 If having to specifically ask Siri to play something isn’t how you imagine interacting with a music service, and you need more features, then you should opt for the regular $1§0/monht plan which includes features like spatial audio, lossless audio, offline listening, lyrics, the ability to create your own custom playlists and more.