The Pangu Team is a name you might remember if you’ve been jailbreaking iPhones and iPads since ye olde days of iOS 9. Despite not releasing a public jailbreak since then, the Pangu Team continues to be hands-on with respect to iOS-related security research.

A wonderful example of that happened just this weekend in Chengdu, China at the TianfuCup (TFC) 2021, where the Pangu Team appears to be taking home the first-place prize in the contest by successfully pwning Apple’s brand-new iPhone 13 Pro running iOS 15 via a remote jailbreak. The earnings? A juicy $330,000 cash prize.

Details about the Pangu Team’s latest triumph don’t appear to be fully available as of yet, but the jaw-dropping news was first shared by Kunlun Lab CEO @mj0011sec via Twitter early Saturday morning and quickly shared over other mediums, such as /r/jailbreak: 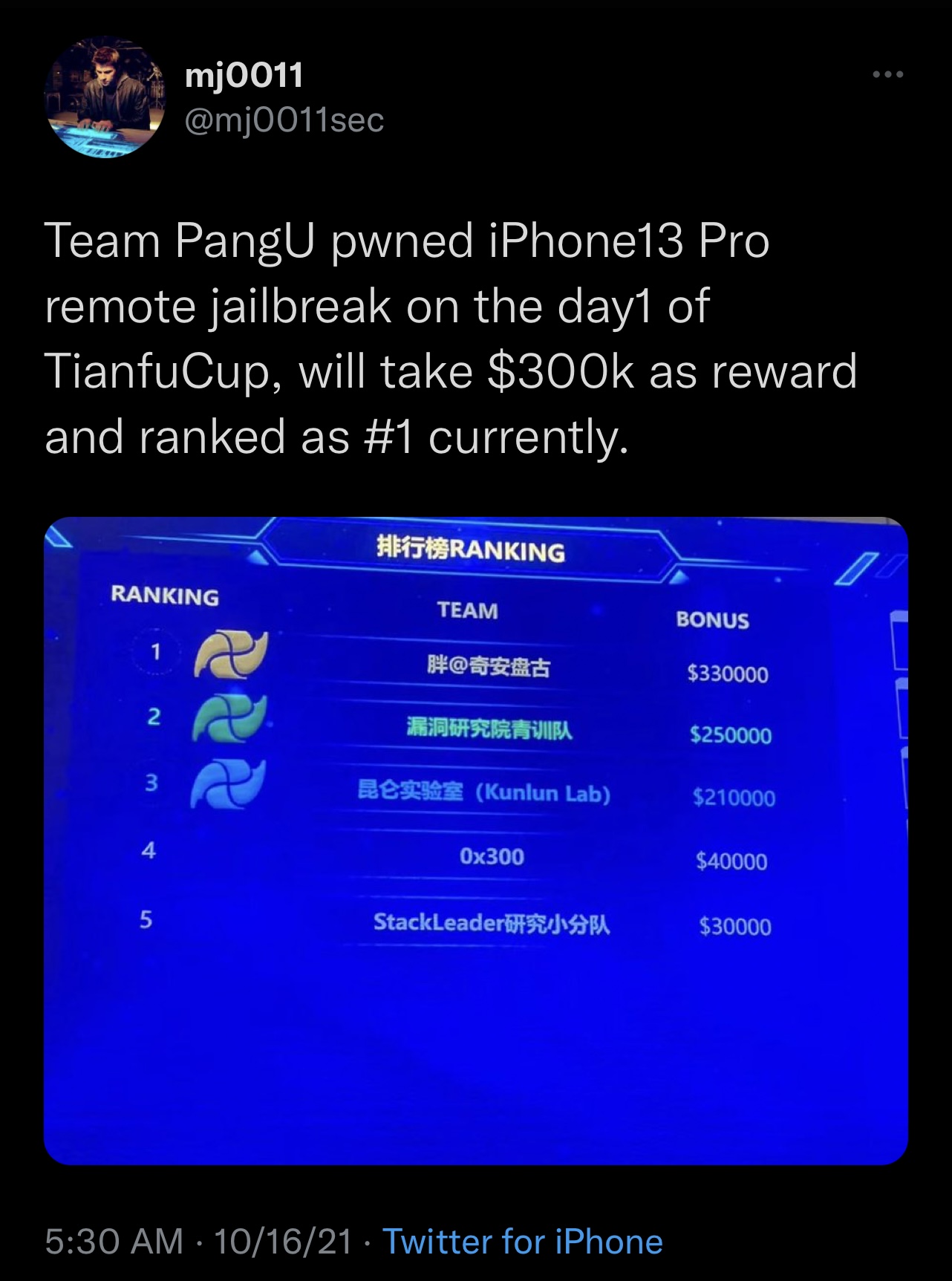 While it’s highly unlikely that the Pangu Team will release this jailbreak to the general public, it’s still important because it proves that Apple’s latest platform isn’t hack-proof despite red flags shared by key security researchers in the community highlighting Apple’s enhanced hacking mitigations that will make jailbreaking more difficult.

Still, that doesn’t mean that an iOS 15 or an iPhone 13 Pro-supported jailbreak will come anytime soon. Pangu’s achievement serves merely as a proof of concept and reassurance that the feat is indeed possible, and they’ll be handsomely rewarded for their efforts.

It remains to be seen if any video demonstrations will be published online at the time of this writing, but given that it’s only day one of this weekend’s TianfuCup 2021 event, it’s still too early to tell.

Are you surprised by the Pangu Team’s feat? Share in the comments section down below.