iPhones come from the factory with a Calculator app pre-installed on them that works for most basic mathematical functions. However, one way it falls short of many dedicated handheld calculators is that it doesn’t display a running history of your math anywhere in the app.

Since this tends to be a popular feature among calculator users for ensuring accurate arithmetic entry before receiving an answer, iOS developer MiRO92 has released a free jailbreak tweak called PerfectCalc that integrates it into the native Calculator app for iOS.

Depicted in the before and after screenshot examples below, you can see how the tweak improves the app by offering something that the end user can reference to ensure that they’re entering their math correctly: 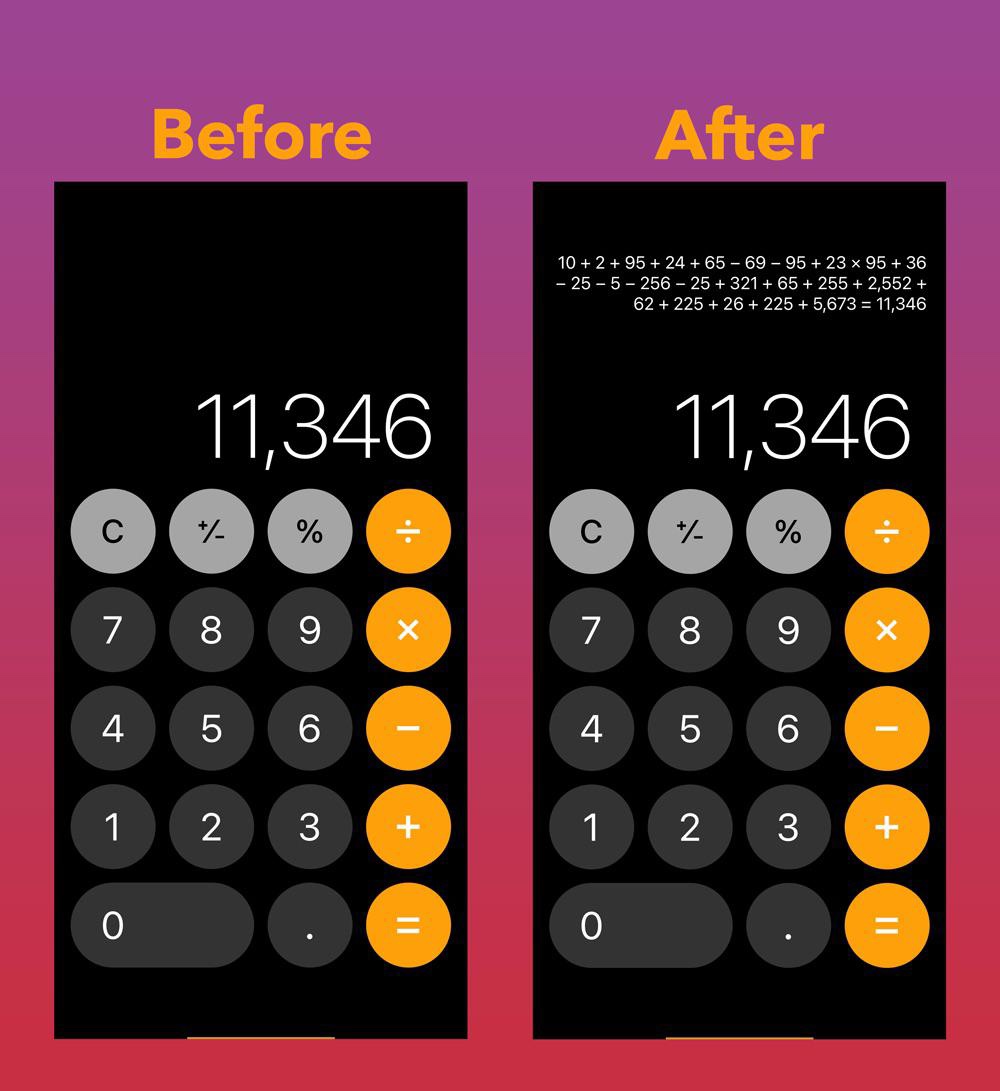 Enabling users to double-check the math they enter into the Calculator app is vital because it increases user confidence in answer output. Furthermore, it’s too easy to tap the wrong key while conducting mathematical functions in the app.

Garbage in, garbage out, as a wise person once said…

Given that PerfectCalc serves a single purpose and does it very well, the tweak doesn’t come with any options to configure. Those interested in trying the tweak out for themselves may download it for free from MiRO92’s personal repository via their favorite package manager app. Additionally, the tweak supports jailbroken iOS & iPadOS 14 devices.

If you’re not already using MiRO92’s personal repository, then you can add it to your package manager of voice via the following URL:

Do you like the Calculator app better with or without the mathematical history at the top of the app? Be sure to let us know in the comments section down below.