Last week, on iPhone 13 launch day, the crew over at iFixit took a little peek under the hoods of the iPhone 13 and iPhone 13 Pro. That initial teardown revealed a few noteworthy things, but it wasn’t meant to be the full view. For folks waiting to see what’s inside Apple’s latest smartphone, though, the wait’s finally over.

Today, iFixit has published its official teardown of the iPhone 13 Pro. As you can imagine, as you’ve probably seen a full teardown before, this gives us a great look at all the internal pieces that come together to make the phones we use. And, in this case, iFixit went ahead and compared the iPhone 13 Pro to the iPhone 12 Pro in some key areas, noting the differences between the models.

For instance, going inside reveals that the Taptic Engine appears to be smaller than the one that’s present in last year’s model. However, the crew notes that the equipment in the iPhone 13 Pro is actually bigger in comparison, coming in at 6.3 grams and 869.4 mm — compared to the 12 Pro’s 4.8 grams and 764.27 mm. 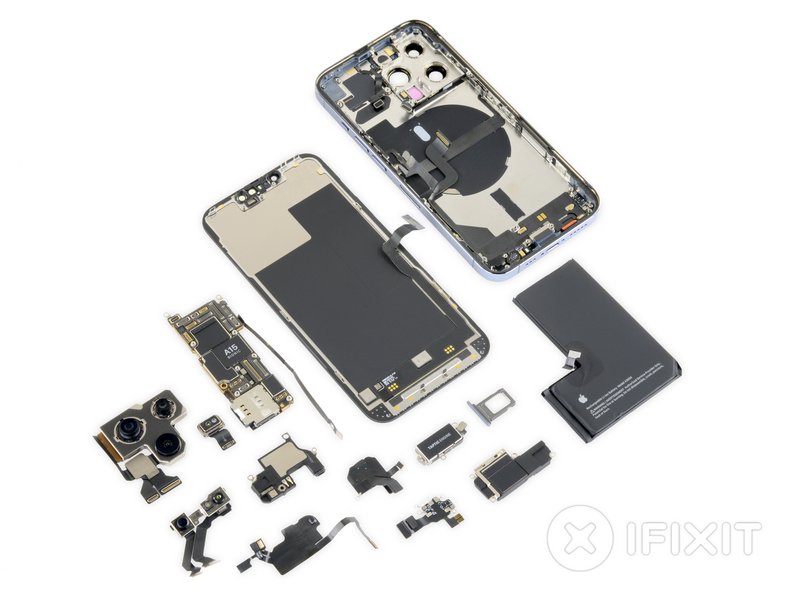 The teardown also reveals how Apple was able to shrink the notch just a bit compared to last year’s iPhones. To get to this size, Apple had to merge the flood illuminator and dot projector. The Face ID hardware is now independent of the display itself as well. And finally, Apple relocated the front-facing speaker, moving it between the Face ID module and the front-facing camera.

The Notch™ is 20 percent narrower on the 13 Pro compared to the 12 Pro, thanks to Face ID’s flood illuminator and dot projector merging into a single module!

The teardown crew does make a critical note: replacing the display disables Face ID, no matter the hardware changes Apple has made in the iPhone 13. So, screen replacements need to be authorized by Apple and handled as such if you want to make sure Face ID continues to work as it does out of the box.

There are some X-rays of the phone, too, showing us the L-shaped batteries Apple used in the iPhone 13 Pro. The teardown didn’t reveal any elements within the chips to suggest there is satellite-communicating features baked inside. That particular feature is now rumored to arrive in 2022.

Go check out the full teardown if you’re into that sort of thing. It’s certainly an interesting puzzle to look at. If you own a new iPhone 13, are you happier with the smaller notch? Do you even notice?