The new Apple Maps 3D views are now live for London, Los Angeles, New York and San Francisco, with additional markets gaining support for this feature in 2021 and in 2022. 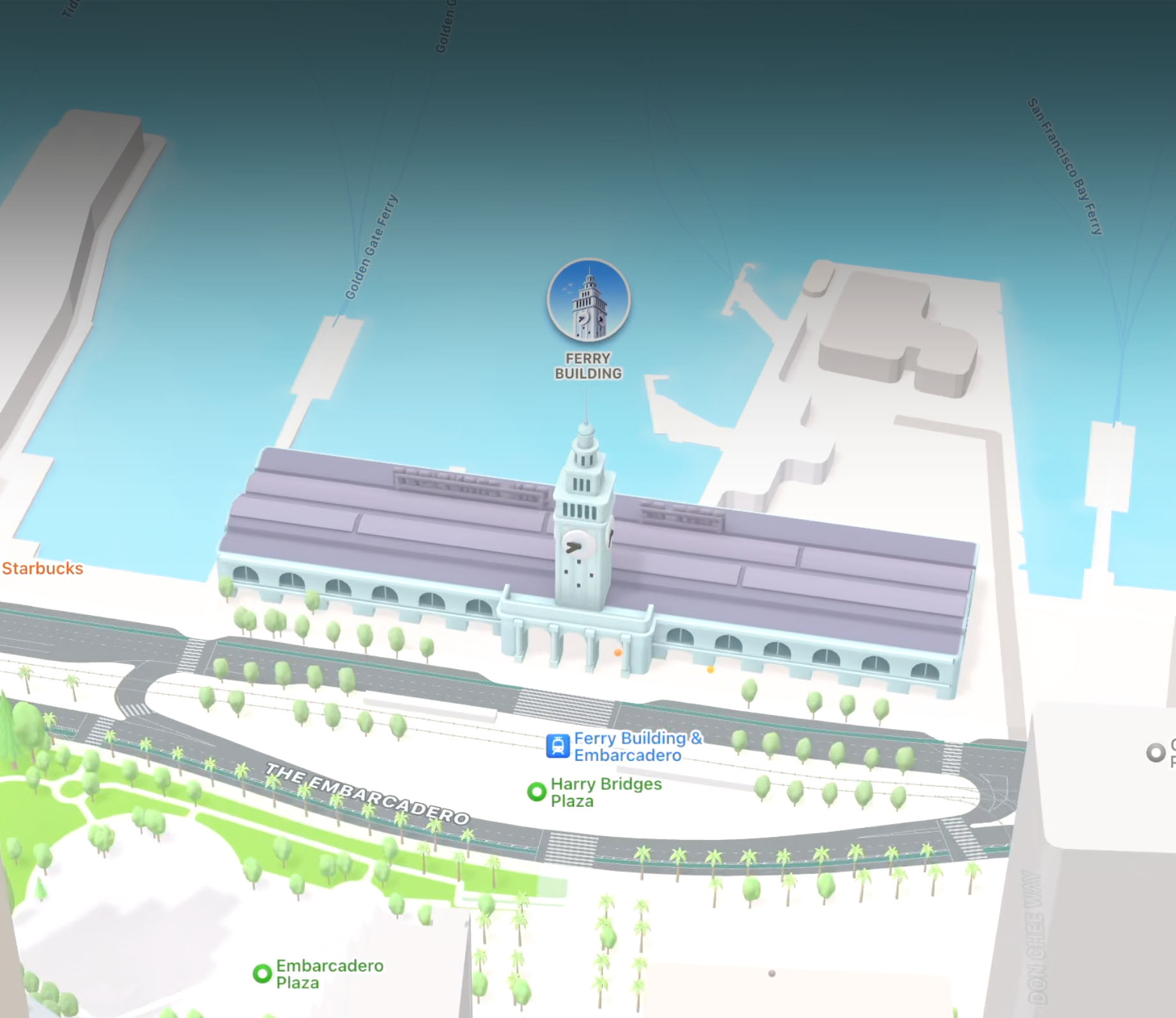 According to an announcement published on Apple Newsroom, new Maps features including 3D city maps, enhanced navigation, AR walking directions and more are now available in:

Apple says support for Montreal, Toronto, Vancouver and other cities will go live in 2022. The company has spent “years” building the new maps experience from the ground up.

What’s so great about Apple Maps on iOS 15?

The updated Maps app lets you explore the above cities in 3D, including roads, trees, buildings, neighborhoods, commercial districts, marinas and more. Attention to detail extends to popular landmarks such as the Golden Gate Bridge, which are now 3D objects as well.

→ How to use AR walking directions on Apple Maps

Other custom-designed landmarks include Coit Tower in San Francisco, Dodger Stadium in LA, the Statue of Liberty in NYC and the Royal Albert Hall in London. The company has promised to bring additional 3D landmarks to Apple Maps at a later stage.

These enhancements are available to Maps users in both light and dark mode, with a gorgeous new nighttime mode with a moonlit glow activating automatically at dusk.

For further updates to the availability of 3D city maps, AR walking directions and other new features in Apple Maps on iOS 15 and iPadOS 14, visit the iOS Feature Availability webpage.

In rebuilding Maps, Apple has managed to introduce road details such as turn lanes, medians, bus and taxi lanes and crosswalks. 3D navigation lets you more easily navigate busy intersections and highways with overlapping complex interchanges. And route planning gets. you the estimated time of arrival for future departures based on expected traffic.

The new 3D navigation in Maps will be available through CarPlay later in 2021.