Following the release of a major update to the Sileo package manager just over two weeks ago with support for all jailbreaks and an extensive change log, the Sileo Team has published several smaller updates in the days following.

Today, we’re witnessing the release of yet another update for the Sileo package manager, this time bringing the app up to version 2.2.4-1.

The latest version of Sileo was formally announced via the Sileo / Taurine / Odyssey Discord channel late Tuesday morning, and it seems that there’s some notable substance to this particular update: 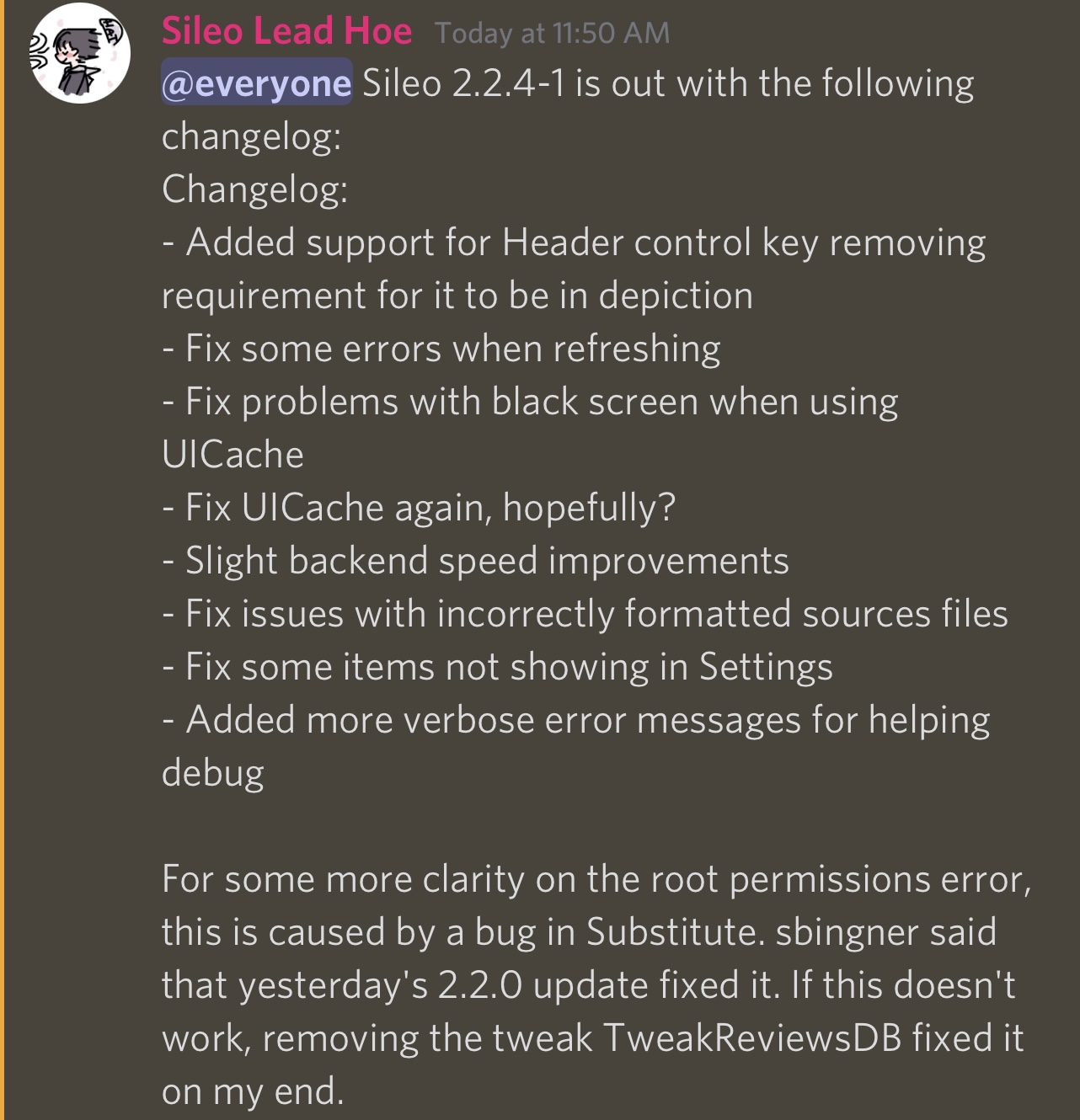 The change log for Sileo v2.2.4-1 comprises of the following things:

The Sileo developer also noted that users experiencing a root permissions error are likely having this issue because of a bug in the Substitute tweak injection method. Yesterday’s update to Substitute (version 2.2.0) is said to have resolved this bug.

If you’re already using Sileo, then you can grab the latest update by opening your preferred package manager and refreshing your sources. This update is recommended for all users, as it fixes bug and improves performance and reliability.

Have you updated to the latest version of Sileo yet? We’re excited to hear your experience with the latest update in the comments section down below.