The Odyssey Team is out with yet another update for its iOS & iPadOS 14-centric Taurine jailbreak Wednesday morning after only just recently launching version 1.0.7 with boot loop mitigations and startup repairs to combat consequential data loss and forced software updates. 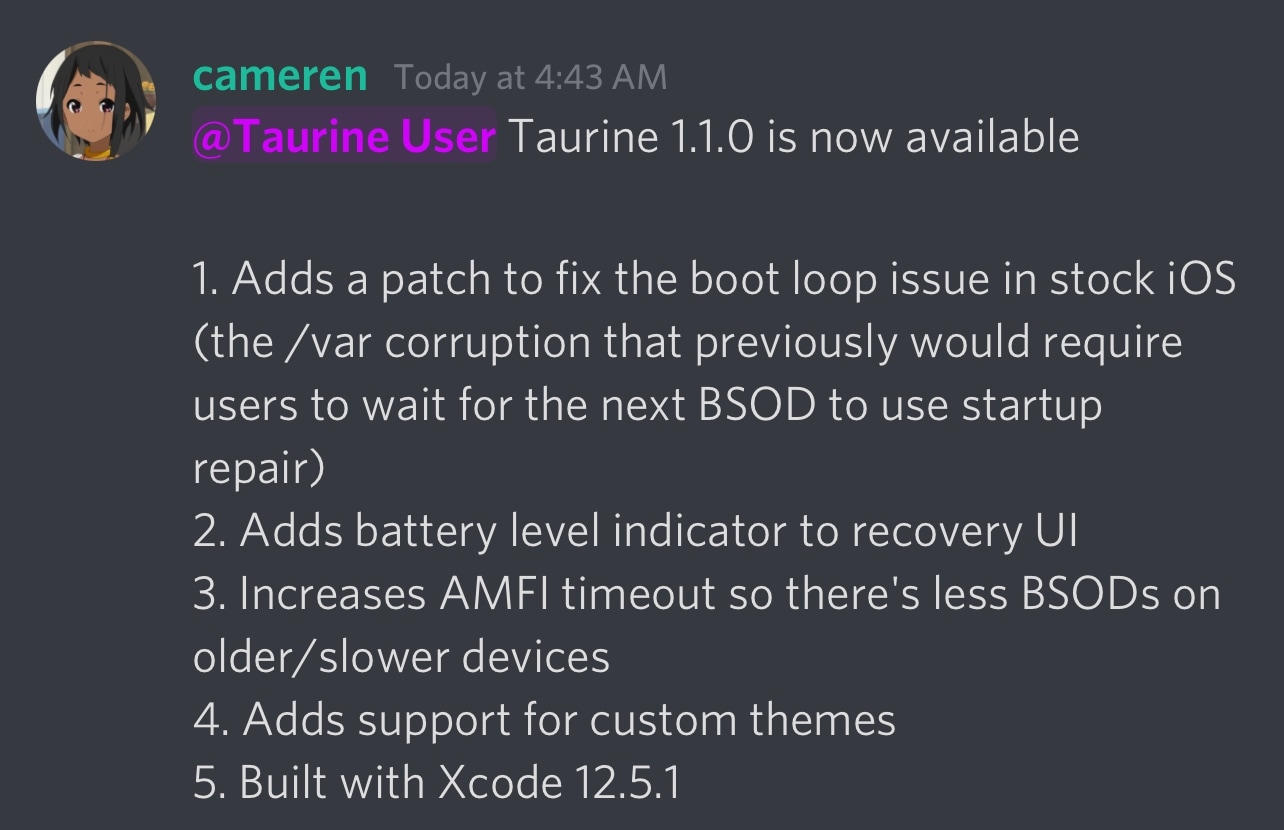 Based on the change log, we can gather that Taurine v1.1.0 brings the following changes:

– Adds a patch to fix the boot loop issue in stock iOS (the /var corruption that previously would require users to wait for the next BSOD to use startup repair)
– Adds battery level indicator to recovery UI
– Increases AMFI timeout so there’s less BSODs on older/slower devices
– Adds support for custom in-app themes
– Built with Xcode 12.5.1

As always, we recommend that all jailbreakers download and install the latest version of whichever jailbreak they’re using whenever they can, and this version of Taurine is no different. We take this approach because it’s best to have the latest bug fixes and improvements whenever possible given the nature of a hacked device.

Please note that Taurine only supports iOS & iPadOS versions 14.0-14.3. Unfortunately, we don’t know if or when newer versions of iOS & iPadOS 14 will be supported, as this would depend greatly on the release of a viable exploit.

Have you downloaded and installed the latest version of Taurine yet? Be sure to let us know in the comments section down below.