It may feel like forever ago, but it was only in May of this year that Apple officially announced the new paid subscription option for Apple Podcasts. This gave creators the ability to earn money from listeners directly, rather than solely relying on advertisement revenue. It also meant Apple, one of the biggest companies out there when it comes to podcast hosting, was taking subscriptions for the content very seriously.

However, it’s been a bumpy ride for podcast subscriptions ever since the new feature was unveiled. Even before the end of May, the service’s announcement month, Apple delayed the launch. At the time, Apple told podcast creators that they were delaying the feature because they wanted to make sure creators had the best possible experience.

Basically, Apple was ironing out some issues, especially as it related to the brand new backend designed to facilitate the new subscription model for podcasts. The goal after that was to get the paid subscriptions out there into the wild in June of this year. And, indeed, that finally happened on June 15, 2021. And yet, it looks like it could’ve used a bit more time with the refinements. 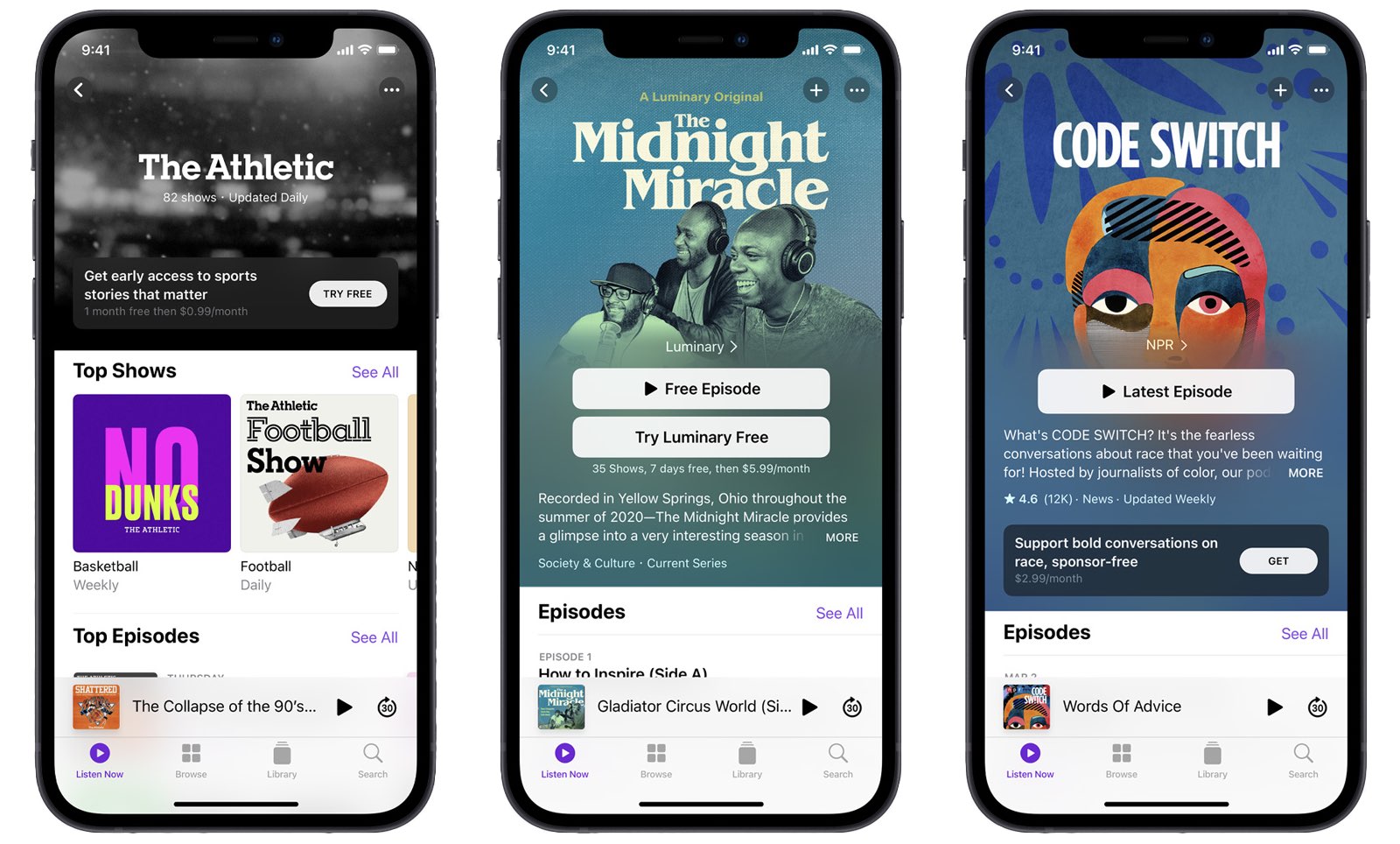 In a new report today from The Verge detailing the bungled launch of paid Apple Podcast subscriptions, it sounds like many creators are still running into issues. Part of that comes from the Apple Podcasts Connect, which is a requirement for creators to use if they want to tap into paid subscriptions from their listeners. Some creators say that the interface is confusing and can lead to major issues. One podcast creator said their entire show was archived at one point, and the issue was only fixed once Apple stepped in and explained what was going on.

The app has been buggy, too. There were reports of an auto-download bug earlier this year, which apparently led to a 31 percent drop in downloads (via Podtrac).

Worse than bugs, however, podcasters say the subscription push comes with a new labor cost that not all of them can afford to address. The promise of RSS was a centralized place to publish to all podcasting platforms; however, with this new subscription product, as well as other platforms, podcasters now have to publish in a variety of places and manage various backends — a particularly arduous task for small teams. One podcaster says they upload to Patreon, Apple, and their hosting provider right now, and they could end up also uploading to Spotify and other services, too. None of these separate feeds play nicely with each other, so the Patreon private RSS feed can’t be used to automatically upload paid content to Apple — every paid episode has to be uploaded manually.

One podcast manager believes it’s Apple’s overall size, and simply the way the company views the world, that has led to many issues:

Apple is coming at it from the lens of a big corporation,’ says a podcast manager of an independent show, who prefers to remain anonymous because of the sensitive nature of their relationship with Apple. ‘I think it’s harder for them to think about smaller independent shows that have so few people on staff. It’s such a foreign concept to them; they’re Apple.

Process times for submitted podcast episodes is another issue. Some creators say they have to wait hours for Apple Podcasts to properly upload the episode. Some say they’ve waited a full night before an episode was properly uploaded, while others have had to troubleshoot the platform for “days.” One podcast manager said they uploaded their content to Patreon within a matter of minutes, but it took hours for Apple’s backend to handle the upload.

Support for RSS is a benefit, but the extra steps podcast creators now face are a big hurdle:

The beauty of RSS was just publish it [and] it goes everywhere — it’s just there, and it’s available,’ Sucherman says. ‘And so these additional steps have introduced potential for user error or machine error and sometimes you play a little bit of whack-a-mole trying to figure out which is which, but I would characterize it as growing pains and things that will clearly get better.

And these delayed launches for episodes are a big deal. Many time-sensitive podcasts, most of which deal with topical content, see upwards of 72-hour delays before the episode is properly uploaded. Some of these delayed episodes aren’t even tied to a paywall of any kind, which only grows frustrations. And routine for podcast listeners is important, and a way for shows to get recurring listeners — which is why a schedule is so important.

People get in their routine, and if an episode doesn’t come out when they expected, it’s really easy to move on to a new show,’ one of these executives says. ‘We’ve had fans asking us what was up, and I think that’s a real bad look and really impactful on our numbers which translates to ad sales.

The full report is worth a read, especially if you’re interested in podcasts. As it stands, Apple hasn’t issued a response to the podcast creators, so there’s no telling whether or not the company sees these as issues that need to be fixed, or just simply the result of doing business with Apple’s services.