In 2016, we showed our readers an innovative mini player widget for jailbroken iPhones dubbed Playtopia that could shrink to a compact size while floating over the top of any interface for convenient music playback control from anywhere.

Today, we’re excited to share that a jailbreak tweak called Playtopia 2 is now available for modern jailbroken handsets running iOS 14 — a project made possible by iOS developers Ginsu and Aviorrok.

Playtopia 2 is a beautiful successor to the original tweak as it makes use of modern aesthetics in every facet of its user interface. Like the original, it’s a free-floating widget that can be minimized to a smaller form when it’s less lucrative. 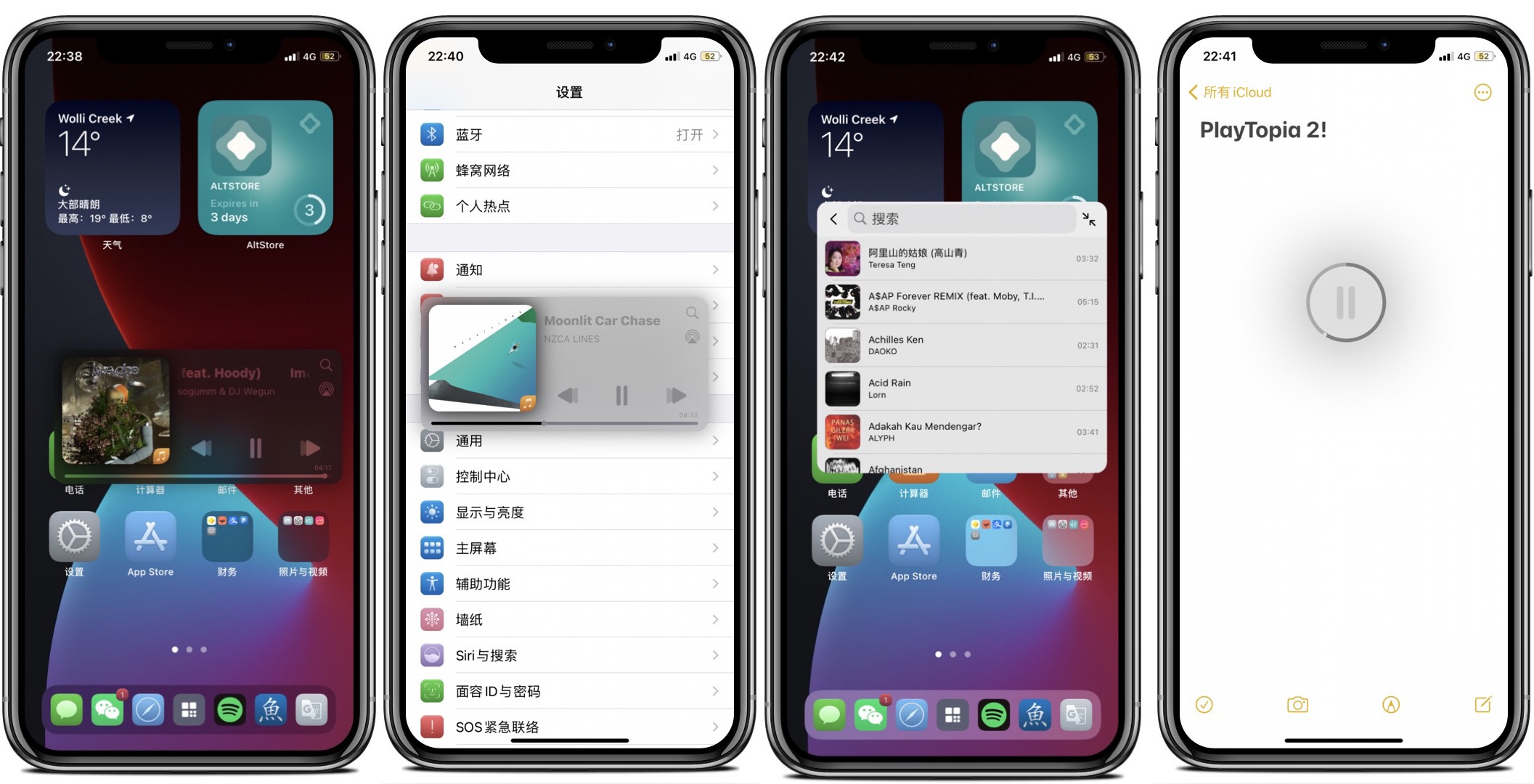 As you’ll see in the screenshot examples above, Playtopia 2 displays Now Playing information in the floating widget such as the song name, music information, music progress, a volume bar, and more. Worthy of note, the tweak features the ability to search through your Apple Music library and play what you want from anywhere without actually visiting the Music app.

Playtopia 2 supports both dark and light mode out of the box, and the minimized player can be themed based on the user’s liking. The tweak also supports Activator and the ability to play or pause music based on whether the widget has been tucked away to the side of the display or not.

Once installed, Playtopia 2 adds a dedicated preference pane to the Settings app where users can configure the tweak to their heart’s content:

With all the options that Playtopia 2 brings the the table, along with support for Apple’s latest mobile operating system, this tweak is a notable upgrade from the original release that all Apple Music listeners with jailbroken handsets are sure to appreciate.

Those interested in giving Playtopia 2 a try can purchase the tweak for $2.99 from the Chariz repository via their favorite package manager app. The tweak supports jailbroken iOS 13 and 14 devices.

Do you think you’ll make use of Playtopia 2, or are you happy listening to Apple Music without the help of a floating widget that can be summoned from anywhere in iOS? Discuss in the comments section down below.