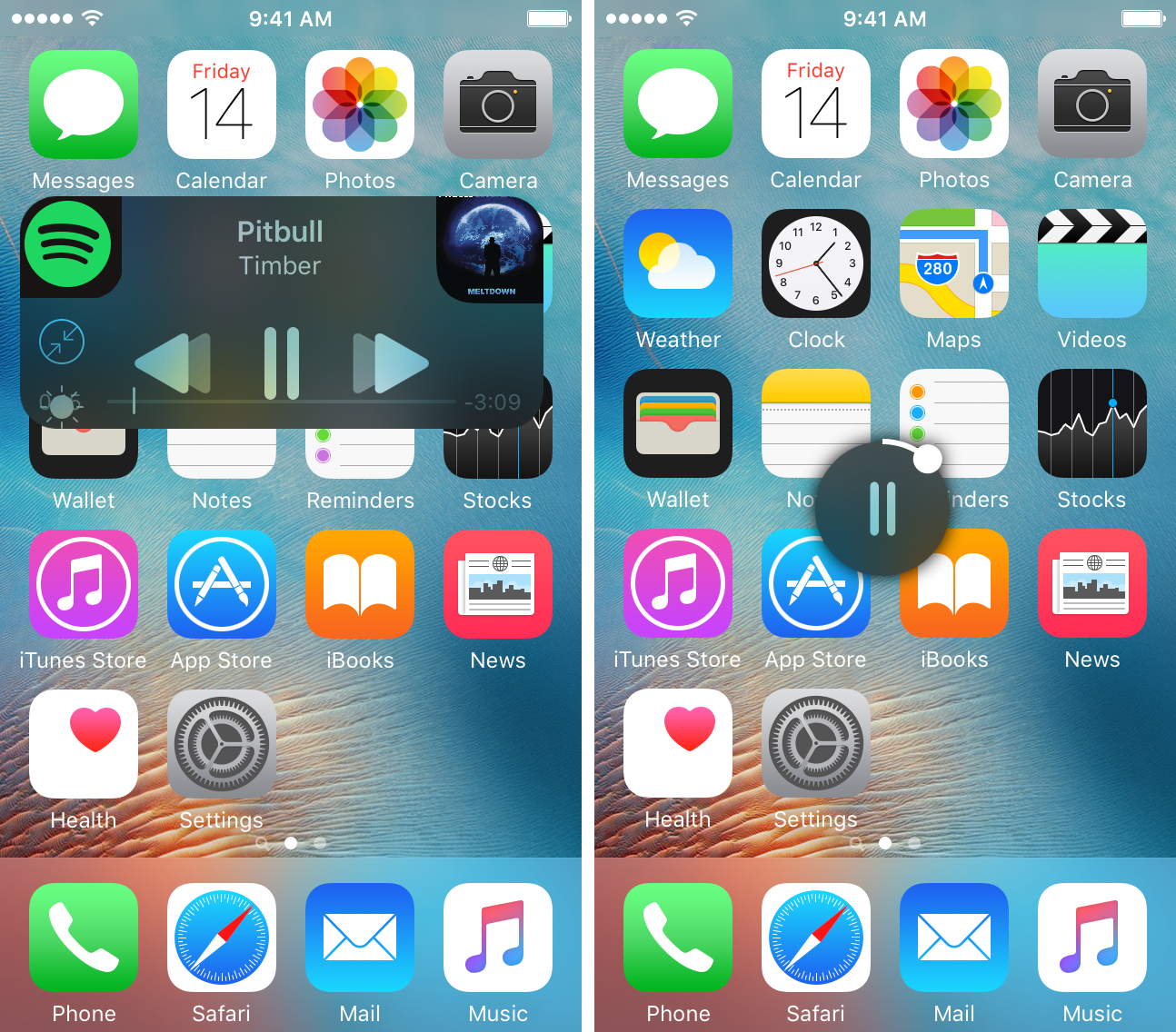 Many folks who love using their iPhones to listen to music seem to take a liking to mini player-like jailbreak tweaks, and a new release called Playtopia is the latest to join the lineup of mini player competition.

A new kind of UI

Playtopia has a unique UI style. It shows what app your music is playing from at the top left of the floating interface, and the album art of the song you’re playing is displayed at the top right.

Tapping on the app icon opens the app your music is playing from, while tapping on the album art changes the slider between a music scrubber and a volume slider.

To the left of the slider is a mode button, which lets you switch between light and dark interface colors. Pictured above is the dark mode.

Apart from your run of the mill music controls, Playtopia also features an ultra compact “tiny” mode, which is no bigger than an app icon on your Home screen. In this mode, the music progress bar cycles around the floating icon, while the icon itself acts as a play/pause button you can tap on.

If you’ve always disliked most music mini players because they take up so much room on your display and make it difficult to use apps, then you’re going to love the “tiny” mode feature Playtopia has to offer. Because it gets so small, it’ll hardly ever be in your way and you still get the music control functionality you want.

Tiny mode is toggled on by tapping on the button right below the app icon, and you can exit tiny mode by double-tapping on the floating mini player.

Playtopia is going to add a preferences pane to the Settings app where there are a few options you can toy with: 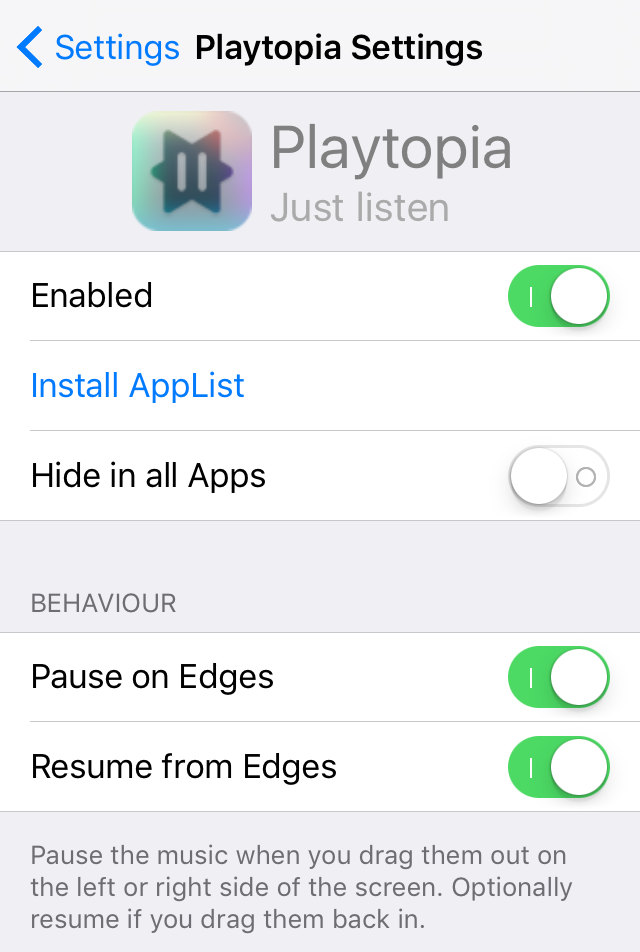 Apart from enabling and disabling Playtopia on demand, you can also choose to disable the mini player interface in specific apps.

Choosing apps on your device requires a dependency called AppList, so if you don’t have it already, a blue button titled “Install AppList” is included here so you can install it and configure the apps you don’t want to use this mini player in. It’s probably a good idea to take advantage of this feature for games, which you might want a full screen experience for.

All in all, I think the compact tiny interface of Playtopia is one of the best features of this tweak that sets it apart from the competition. There are certainly fewer options to configure than some of the competition, but sometimes less is more when the design is just right.

If you’re interested in trying Playtopia, you can download it on your jailbroken iPhone from Cydia’s BigBoss repository for $2.99. The tweak does not currently work on iPad and requires iOS 9 to be installed.