Checkra1n is one of the best ways to jailbreak an iPhone or iPad if you have a compatible device (A7-A11) because it utilizes an un-patchable hardware-based bootrom exploit known as checkm8. Perhaps the only notable caveat to checkra1n is that it’s a semi-tethered jailbreak, which means that you need a computer to return to a jailbroken state if you reboot your device for any reason.

Given the fact that many of us are away from our computers much of the time, it’s no wonder that semi-untethered jailbreak tools that don’t require a computer (like Taurine and unc0ver) have become so popular. But talented developer @powen00hsiao has created a tool that may help at least some checkra1n users get jailbroken even when they’re on the go with no computer(s) in sight.

Say hello to pinera1n, a mobile checkra1n jailbreak method that can run on the Linux-based Pinephone handset. 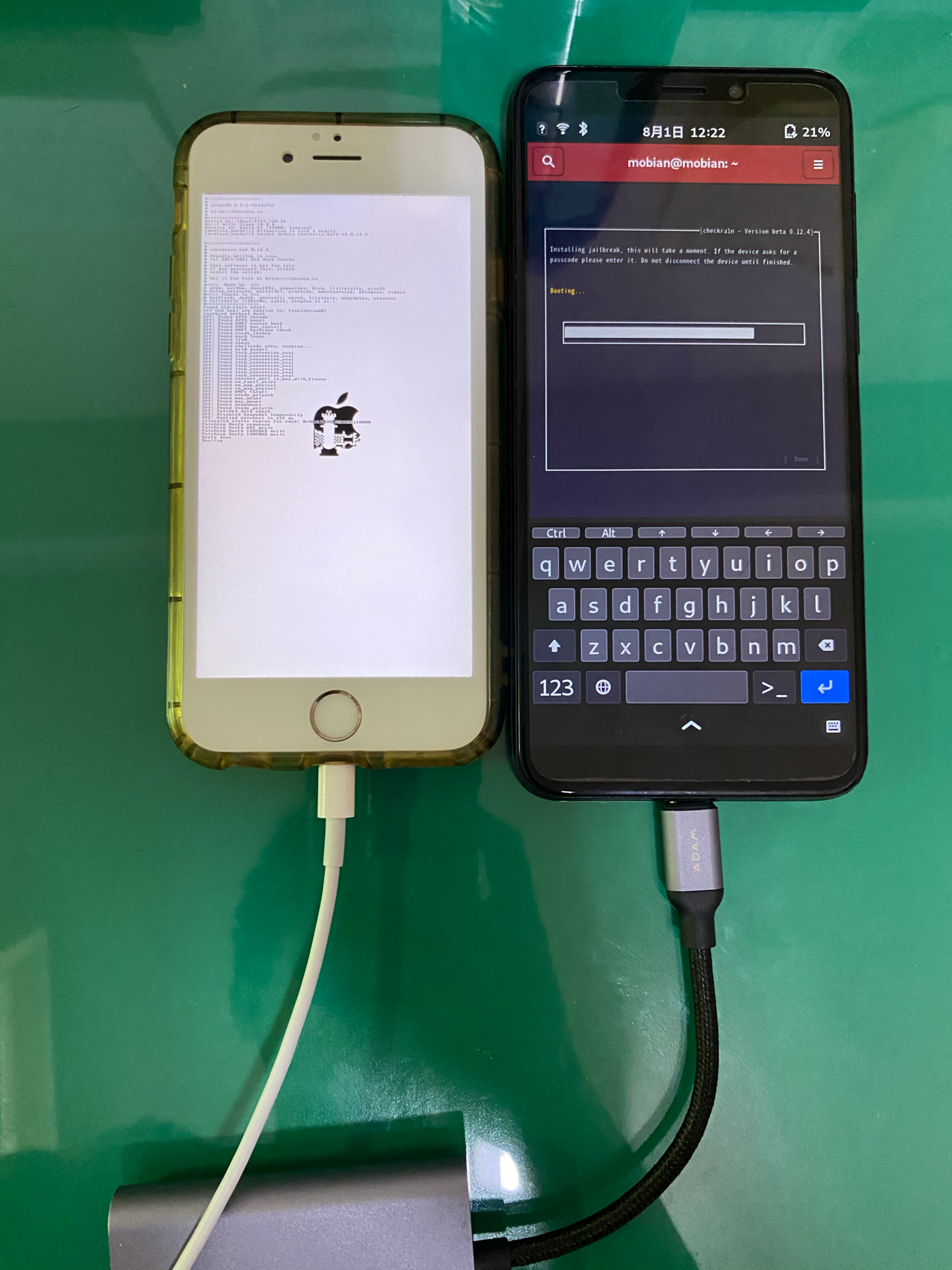 Pinera1n isn’t the first attempt to make a portable checkra1n jailbreak solution; instead, that award went to Ra1nbox last year. Ra1nbox was a NanoPi Neo2 with a sleek cover and specialized checkra1n software built right in, but it was a bit clunky compared to pinera1n.

Some of the benefits of pinera1n are that it provides the end user with a GUI (graphical user interface), it lets the user run the latest original release of checkra1n, it can be operated with a touch screen, and it runs on a relatively inexpensive and utilitarian Linux-based smartphone. If you’re an Odysseyra1n user, then you’ll be happy to know that it works just fine with pinera1n.

Details about the project, including download links, are available on the developer’s GitHub page, but as you might come to expect, you’ll need a few things to get started, including:

Instructions for how to use everything are provided on the developer’s GitHub page and include a string of Terminal instructions for flashing mobian to the pinephone or micro-SD card. Afterward, users can run pinera1n on the pinephone, allowing them to bring a pocket-sized re-jailbreaking device with them anywhere they go with their jailbroken checkra1n’d device.

A demonstration video is embedded below from the developer:

Given that pinephone requires the commitment of purchasing yet another smartphone to be used, we’re not sure exactly how many jailbreakers will be willing to pony up the additional cash to make this work. On the other hand, if you take jailbreaking super seriously, it can be an extremely convenient way to get back into a jailbroken state with checkra1n when you’re on the go without any access to a computer.

What are your thoughts on using one smartphone to jailbreak another? We’re excited to hear your thoughts about pinera1n in the comments section down below.