The wait is not quite over, and it’s been a longtime coming, but dark mode support in the Google Maps iOS app is finally coming soon. But that’s not all, either. Google has revealed a few different new additions coming to the app in the near future.

Today, Google revealed a few big changes coming to Google Maps for iOS. Dark mode isn’t available quite yet, but some of the new announcements should be live now. If anything, it’s worth knowing that these features are coming soon, especially if you still rely on Google Maps to help you get to where you’re going (instead of Apple Maps or some other alternative).

Dark mode support for iOS has been one of the most oft-requested features to date. So that feature’s upcoming arrival should be a welcomed change for the popular map and navigation app. 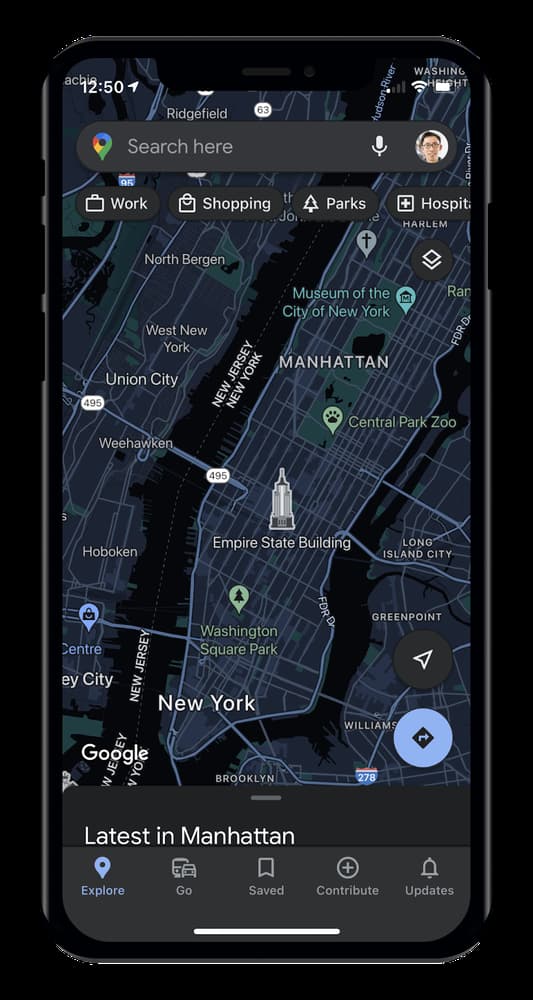 Now, Google doesn’t give us an exact launch date, unfortunately. The company says dark mode support for the iOS app will arrive “in the coming weeks.” Once it launches, users will be able to switch it on in the Settings section within the app. Google notes turning on dark mode for Google Maps can help iPhone users save some battery life.

Google also highlighted the Google Maps widget, which can show you traffic conditions at a glance, as well as help you find nearby spots to check out.

Are you looking forward to trying out dark mode in Google Maps?