Apple on Monday released software updates for the iPhone, iPod touch, and iPad, taking the form of iOS 14.7.1 and iPadOS 14.7.1 respectively. The updates were joined in good company by the newly released macOS Big Sur 11.5.1 for Apple’s Mac computer lineup.

These updates have some noteworthy changes on all the devices they support, however perhaps more-so on the iPhone than on the iPad, as we’re about to discuss.

iOS 14.7.1 incorporates an important bug fix for iPhone models equipped with Touch ID in which this method of user authentication would fail to unlock a paired Apple Watch when taking advantage of the Unlock with iPhone feature. Note that this is a fix for Touch ID-equipped handsets, and not those sporting Face ID like the iPhone X and newer. 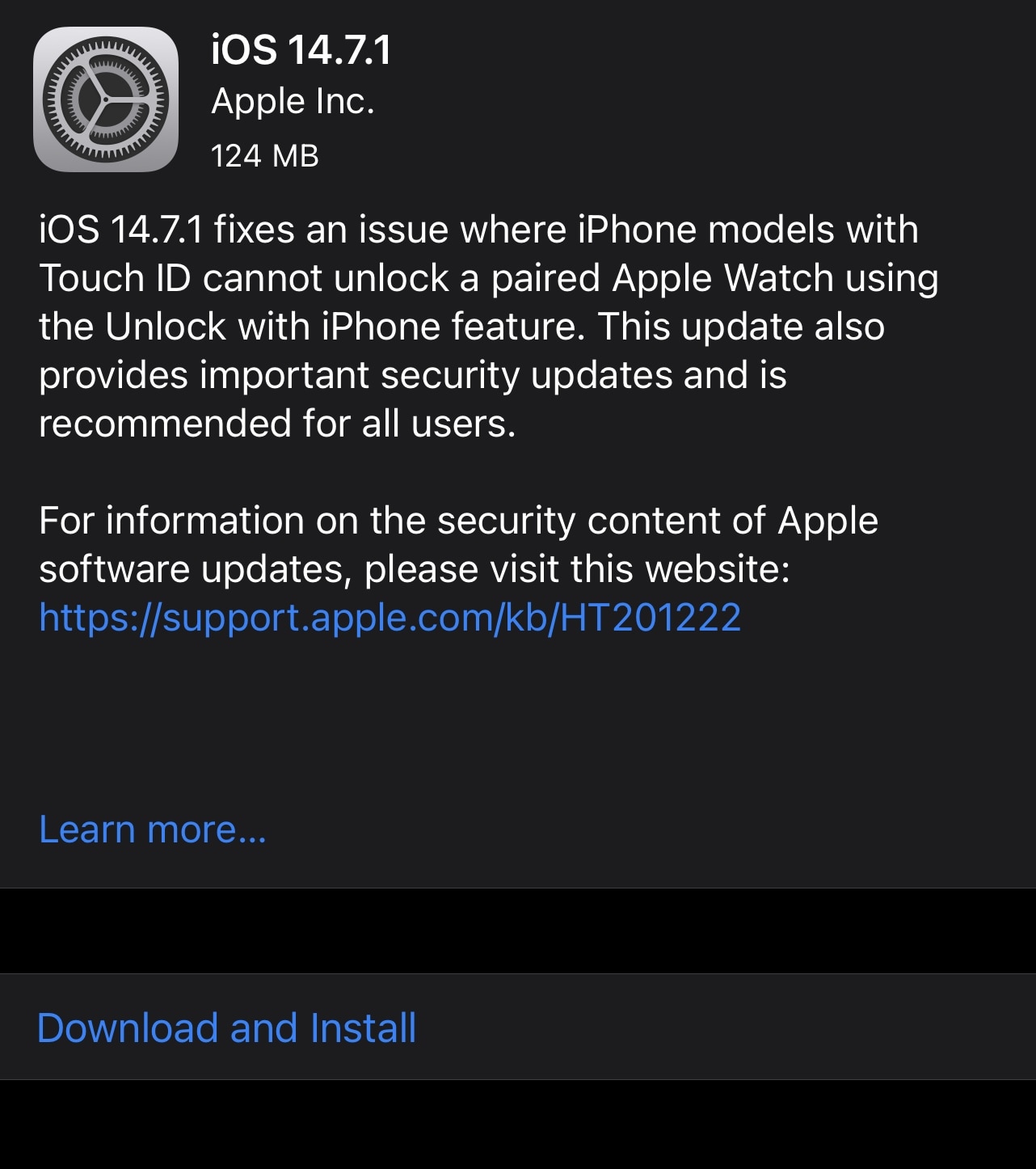 But as important of a bug fix as that is, both iOS 14.7.1 and iPadOS 14.7.1 also appear to patch a nasty kernel-level security exploit that could have allowed applications to run arbitrary code.

Perhaps more alarmingly, Apple’s security memo for these software updates mentions that this particular software exploit may have been actively utilized in the wild, which is a bit of an eye-opener for anyone who hasn’t updated their iPhone or iPad yet. This effectively means that the exploit may or may not have been used by hackers for malicious intent.

Given the circumstances surrounding iOS & iPadOS 14.7.1, these software updates are recommended for all iPhone and iPad users (except perhaps for those wishing to stay on the lowest firmware for jailbreaking purposes) and can be downloaded by visiting Settings → General → Software Update preference pane on the device in question.

A Wi-Fi or supported 5G cellular connection will be required to download the update before installing it.

Have you downloaded and installed the latest update for your iPhone and/or iPad yet? Let us know in the comments section down below.