It was only a few days ago that the Odyssey Team acknowledged the discovery of a serious bug on iOS 14 that could cause data loss and/or forced iOS updates.

As such, the Odyssey Team recommended that users of newer versions of the Taurine jailbreak revert to Taurine version 1.0.4, as both versions 1.0.5 and 1.0.6 appeared to exacerbate this issue one way or another.

One thing worth noting is that the issue wasn’t a result of the Taurine jailbreak itself, but rather a bug in iOS 14 that could result in a corrupted /var file. Taurine jailbreak lead developer CoolStar reaffirmed this in an announcement in the Sileo / Taurine / Odyssey Discord Channel late last night, and also shared a bit of good news: 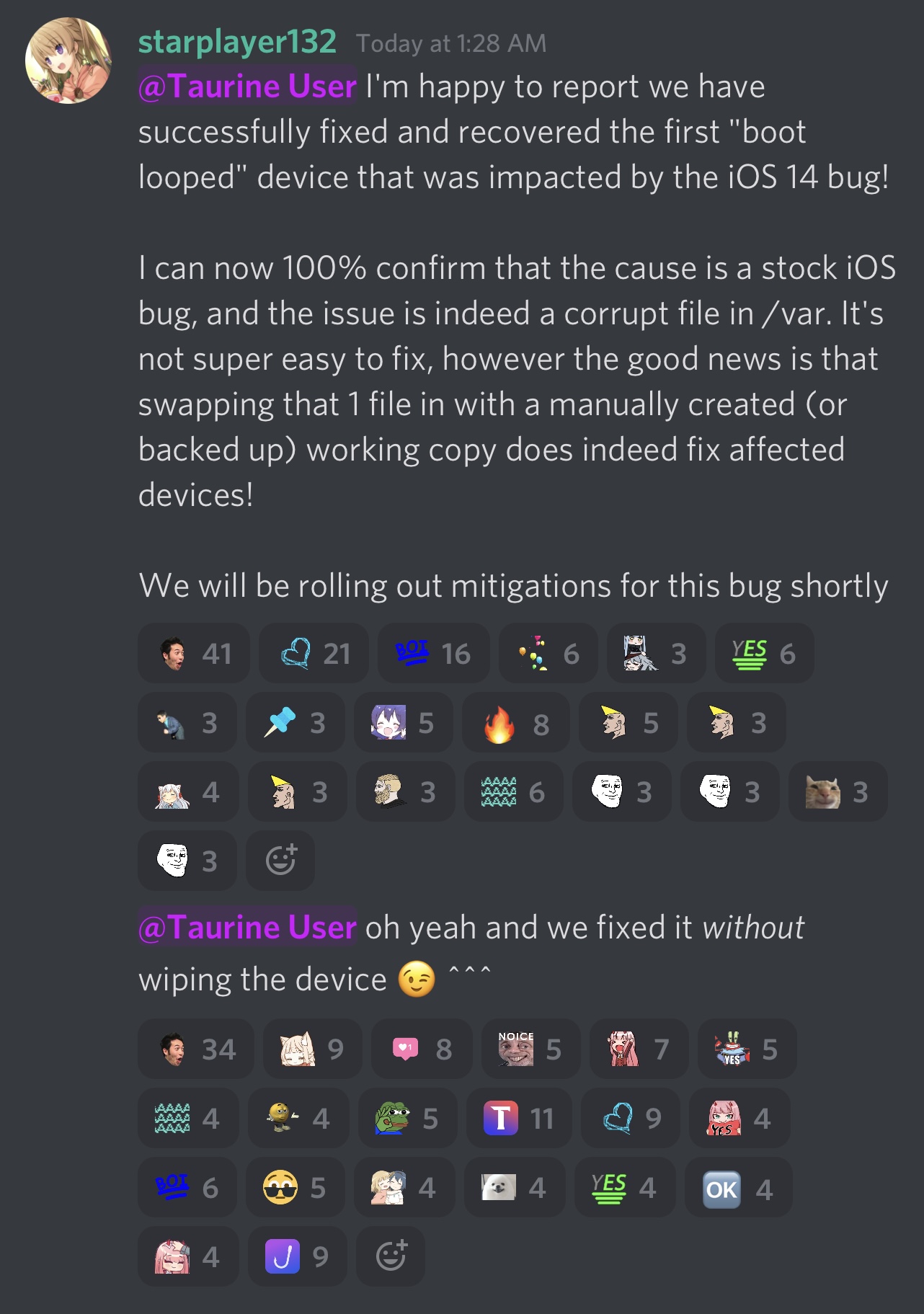 From what we can gather, the Odyssey Team successfully determined what was causing the data loss and forced update issues that some users were experiencing. As a result, the team successfully recovered a device that had been put into a boot loop because of this bug without restoring the device or losing any of the data on it.

As noted by CoolStar, this bug isn’t easy to fix because it has been coined an issue with the stock iOS 14 operating system. However, one workaround appears to be swapping that one corrupted file with a manually-created, backed-up working copy.

CoolStar went on to say that the Taurine jailbreak would be receiving an update shortly with mitigations to prevent the bug from happening. This is great news for Taurine users, as they were previously advised to use an older version of the jailbreak that had fewer bug fixes and improvements than the latest version(s).

A concrete ETA for this update has not yet been announced, but iDownloadBlog will continue to follow any new developments to keep our fellow jailbreakers apprised of the latest releases

Are you excited that the Odyssey Team managed to find a workaround for this pesky bug? Let us know in the comments section down below.