It isn’t uncommon for someone to delete an app, only later to realize that they need it. You may have ended up deleting several apps from your iPhone or iPad, and then had the urge to install it back. However, you may not remember the name of the app, and will find it difficult to look for it on the App Store. Worry not, there’s an easy way to restore all your deleted apps.

This post will show you how to easily restore deleted apps, both free and paid, on your iPhone or iPad.

With the advent of iCloud and cloud sync, it’s easy to restore deleted apps from the App Store. It’ll also help to know that re-downloading a paid app will not cost you anything extra. Previously, to restore deleted apps, you’d have to remember the name of the app and search for it on the App Store. Other ways included restoring from an older iOS backup. Luckily, there’s a simpler way to get all your forgotten and deleted apps back on your iPhone or iPad. Here’s how.

1) Launch the App Store on your iPhone or iPad.

2) Tap on your profile icon on the top right corner.

3) Select My Purchases or Purchased. If you use Family Sharing, then you should all the apps in All Purchases. 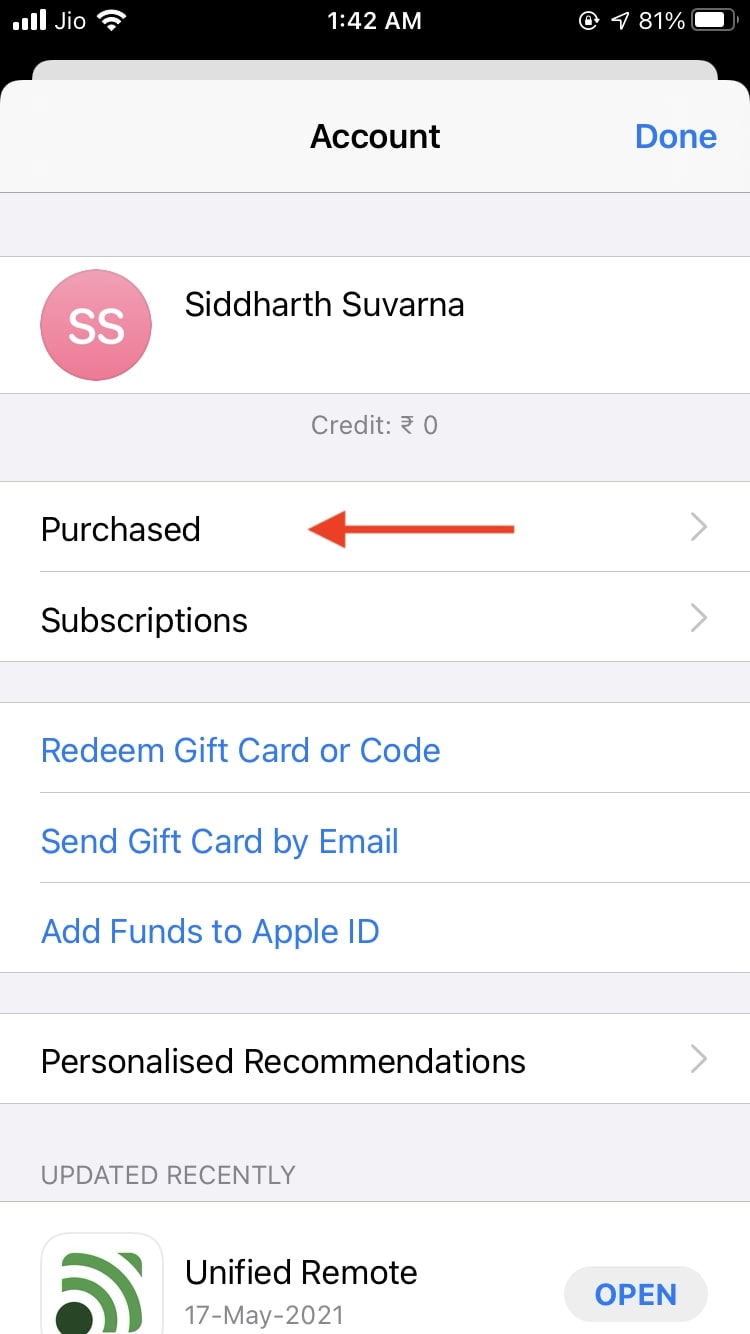 4) Navigate to the Not on this iPhone tab. 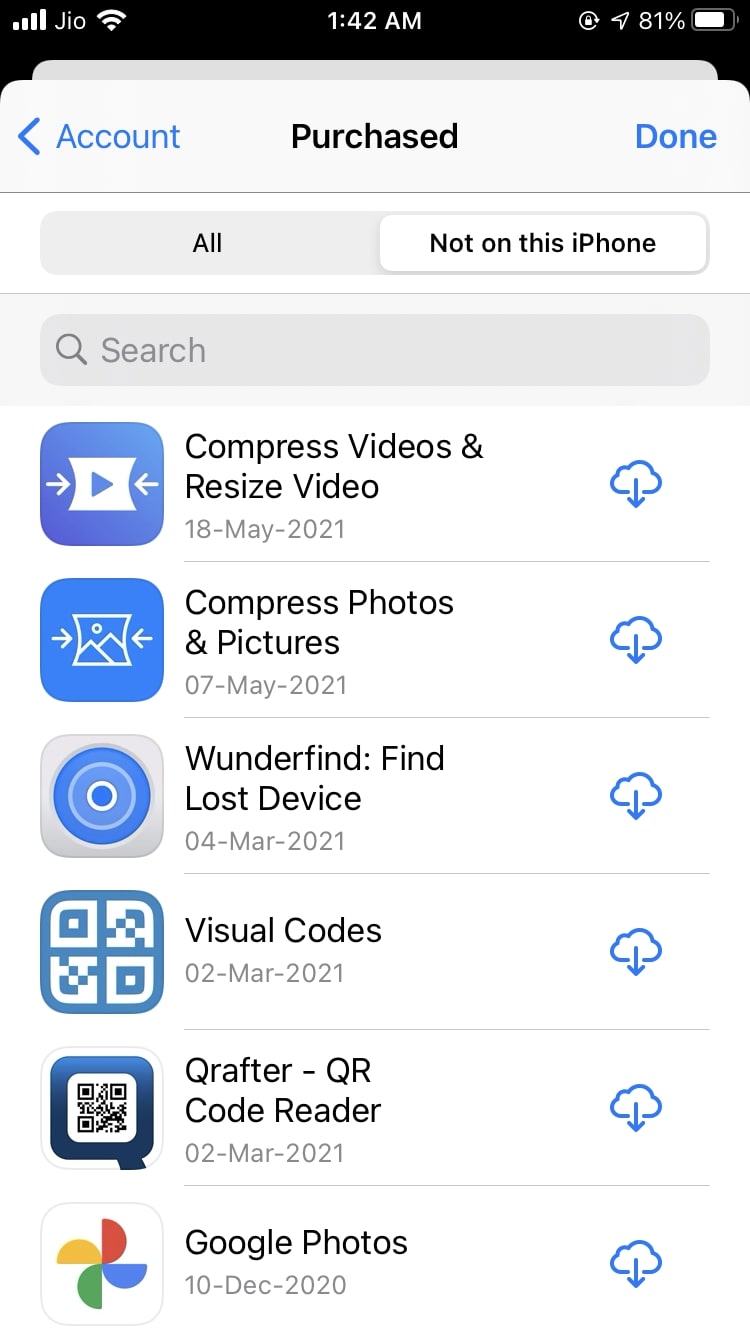 5) You’ll see a list of all the apps that are no longer on your iOS device. Tap the download button next to the app and recover your apps.

All your apps, even ones that you had installed on older iPhones, will be shown here. Even the apps that you paid for can be downloaded without having to pay again. Apple also allows users to delete/hide built-in stock apps in iOS, so if you did removed a stock app, then here’s how to get it back.

Restoring deleted apps on your iOS device is fairly simple and fast. You’ll find all the apps that you had ever owned or downloaded on older devices, right in the App Store. It can be difficult to remember the name of an app that you had used several months ago, which is where this feature comes in handy.