An executive explains why the new Apple TV 4K costs $179 although some were expecting a price cut in the wake of more affordable streaming boxes from Google and Amazon. 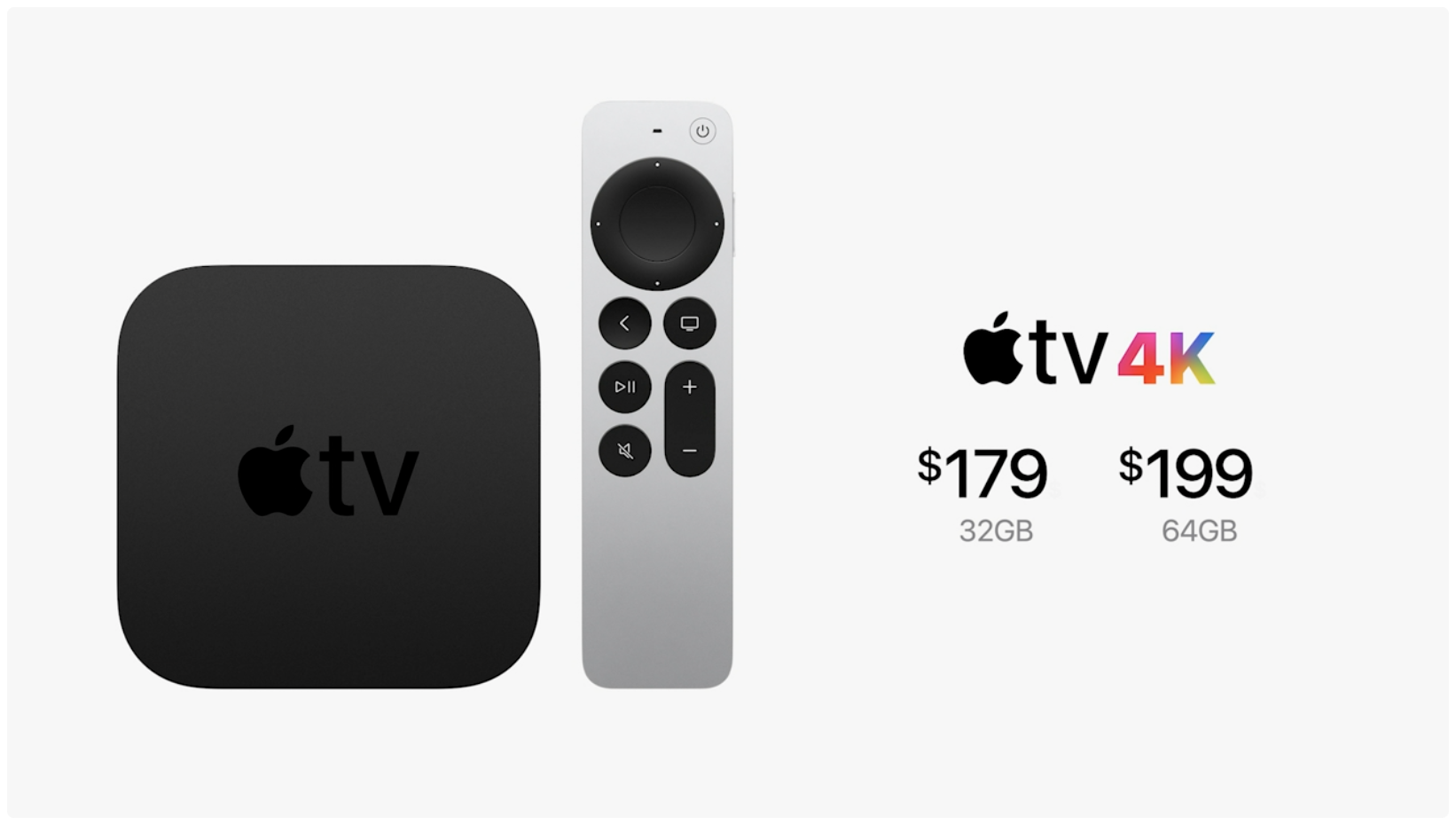 Apple dispatched its marketing executive Tim Twerdahl to drum up excitement around the refreshed Apple TV 4K unveiled at the April 2021 Time Flies event, which arrives May 21.

Speaking with Jacob Krol for CNN Underscored, he took the opportunity to defend the somewhat high asking price of the Apple streaming box relative to the competition.

Even though competing boxes from the likes of Google and Amazon offer similar features for a fraction of the price, Twerdahl says the Apple TV 4K is a great value for three major reasons.

→ Where is that on Apple TV?

Firstly, you’re paying extra for seamless integration. Secondly, streaming apps and other apps available for the Apple TV give you access to a myriad of content. And thirdly, the hardware specifications of the Apple TV 4K highlight the power and versatility of Apple-designed chips.

We think there’s a tremendous amount of value in this $179. When we talk about the best way to watch TV, I sort of think about it at three levels.

Delivering that best viewing experience at the TV is really what Apple TV is all about. We want to make sure that whatever specs you care about, to get the absolute best picture quality to have that most cinematic experience to really enjoy all the amazing content that’s out there.

But what about gaming?

A lot of people were expecting an Apple TV that encroached into the gaming console territory, especially taking into account the significant CPU refresh and rumors of an Apple-branded game controller. But with the refreshed Apple TV 4K, Twerdahl says, the Cupertino tech giant isn’t trying to rival the likes of Sony, Nintendo or Microsoft.

It’s probably not designed to compete directly with the Xboxes and PlayStations of the world. They bring something to the market that I think is unique and great for really hardcore gamers.

However, he continued, the Apple TV 4K is a great value for casual gamers and with Apple Arcade, for $4.99 per month, people get access to a plethora of titles.

Our focus on gaming has been more recently on arcade stuff, because we think that that’s a great value for customers. There’s a tremendous amount of content in there. And we’ve done a lot to make that experience fantastic. Most notably, probably support for all these different game controllers.

That’s what I think really sets Apple TV 4K apart from everybody else is this power that allows us to have the best viewing experience, and the deepest and richest ecosystem integration you can get.

He wouldn’t say whether a cheaper Apple TV might be coming anytime soon though.