Looks like the mystery TV series has a new face joining the cast, less than a month before the second season is set to premiere.

According to a report today from Deadline, Alexa Mansour (pictured below, left) of The Walking Dead: World Beyond has joined the cast of the mystery drama series Home Before Dark. The upcoming second season is set to arrive on Apple TV+ Friday, June 11, and Mansour is joining the cast in a recurring role.

Mansour will be playing a character named Emma Hathaway, described as a “popular high school student who is very impressed with Izzy (Rogers), one of the younger students at school with whom forms a friendship.” Nothing much else to go on here, but it sounds like Hathaway will be a character viewers will be seeing a lot of. 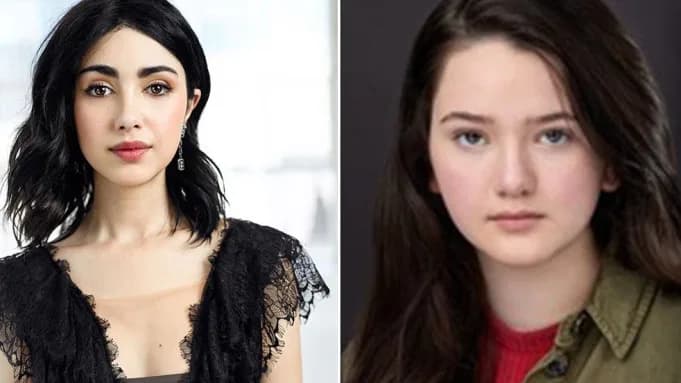 Home Before Dark is a family mystery thriller, starring Brooklyn Prince as the young journalist. Prince will be returning in the lead role, and Jim Sturgess (Across the Universe) returns as Lasso’s father. The second season will also feature Kylie Rogers (Yellowstone), Joelle Carter (Justified), Aziza Scott (The Fosters), and Abby Miller (The Sinner), among others.

In season two, when a mysterious explosion hits a local farm, reporter Hilde Lisko (Brooklynn Prince) begins an investigation that will lead her to fight a powerful and influential corporation – with the health of her family and Erie Harbor in the balance.

And here’s the official trailer for the next season:

Are you looking forward to checking out the next season of Home Before Dark?