With the release of macOS 11 Big Sur, Apple welcomed a primarily iOS-focused feature to the desktop: Control Center. Now that it’s been available for a few months, it’s time to get your thoughts.

Apple has been tweaking Control Center on iOS for years now. What started off as a function users would launch by swiping up from the bottom of their iPhone screen has transformed into one that’s accessible by swiping down from the right corner of the display. It’s also changed in design, layout, and strengths/weaknesses.

Some may argue that Control Center has become increasingly helpful, and they’re probably right. Especially as it has become even more customizable, letting users choose which elements of their software are quickly accessible in the drop-down panel. Need to quickly activate Low Power Mode for the battery? 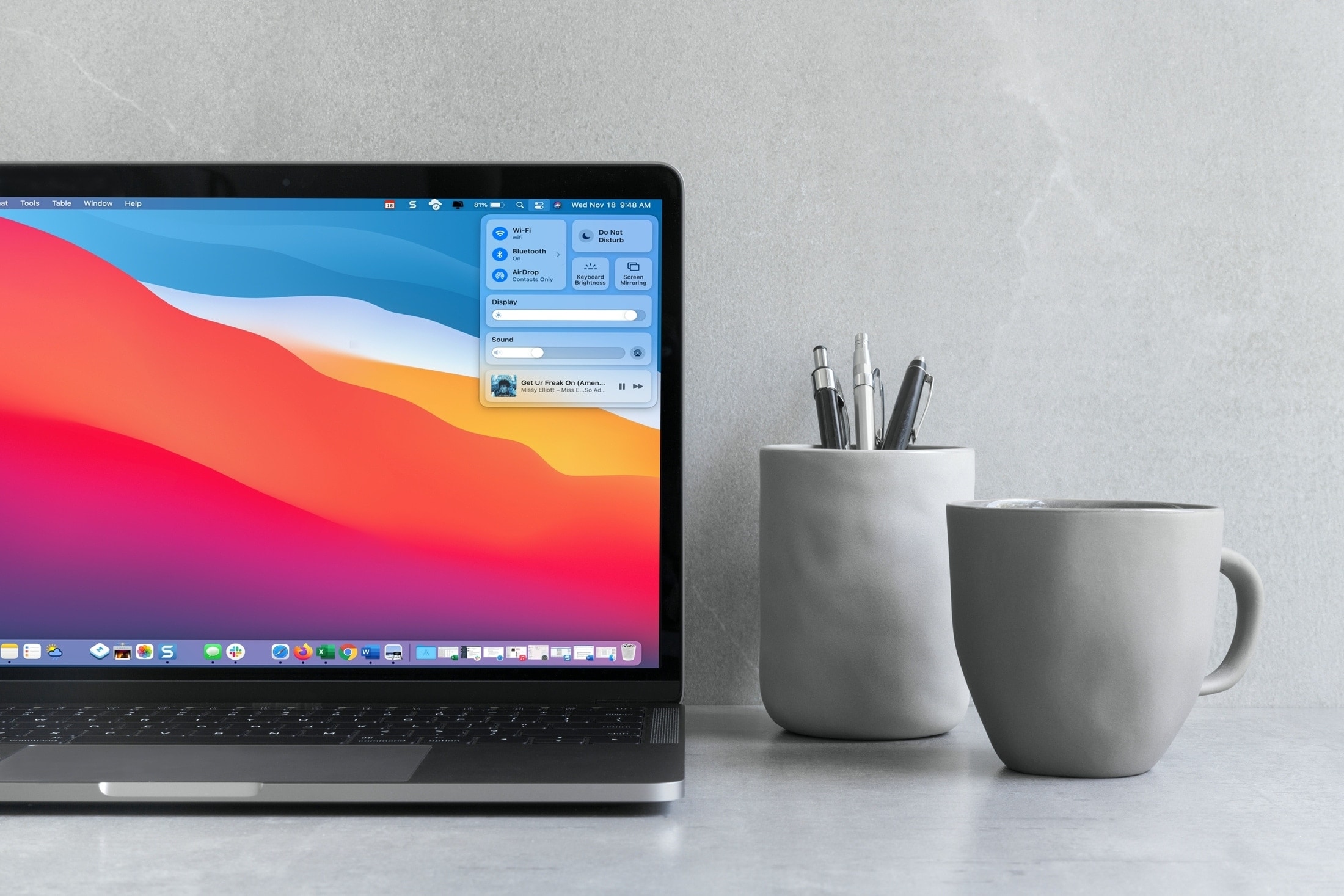 Adjusting screen brightness, volume, activating Active Noise Cancellation for AirPods Pro/Max, and so many other things are easy to do thanks to Control Center.

There are times I miss the days when I could just slide up from the bottom of the screen and reach the feature, though. I’m not even using a big phone (I went to the iPhone 12 Pro from the iPhone 12 Pro Max because that phone was just too big for me in day-to-day usage), but sometimes sliding down from the right corner isn’t the easiest thing to do. And I think I use Control Center a lot less nowadays than I used to because of this change. I haven’t been tracking it or anything, and the old version of Control Center feels so long ago that’s genuinely hard to remember, but I do know I use Control Center a lot less to interact with playing media than I did before.

I really enjoyed the dedicated panel for music/media playback in the old Control Center. It had great album artwork right up front, and easy controls for playback and volume control. The only “bad” part was that you had to slide up to get to Control Center and then slide over to get to the media panel. Not the best, but definitely not a dealbreaker.

Resource: How to use and customize Control Center on macOS Big Sur

Now, when you want to see full album artwork within Control Center you need to slide down, then long-press on the block for what’s playing. That will open another panel that takes up most of the screen, with the album artwork front-and-center and playback controls/volume just below that.

All this to say that I wish I could customize Control Center even more. Let me choose what each individual panel shows me when I access the feature. I’d love to be able to just slide Control Center into place and see a large “widget” in the top that shows me album artwork and media playback controls, rather than just the small block with the text of what’s playing and playback controls. I don’t think that’s a huge change, but it sure would be a welcomed one for me.

So Apple brought Control Center from iOS/iPadOS over to macOS, and, at the same time changed the keyboard on its newest Mac products. The newest MacBook Air and MacBook Pro, equipped with the M1 processor, lost the keyboard brightness key option in the function row. I used those keys all the time, and now I have to rely on Control Center to do the same thing. I’m not a huge fan of this change at all, and if I could remove Control Center to get those physical keys back, I would.

But what’s really funny is that there’s a rumor swirling around from earlier this year that Apple plans on tweaking Control Center in iOS to be more like Control Center in macOS. The “new” design for iPhone and iPad would be more compact in general, but with all of the options one is used to accessing in the panel. I’m not entirely sure why Apple feels like Control Center needs to be more compact on iOS and iPadOS, but it will be interesting to see what the feature looks like if that does end up happening.

How do you feel about Control Center on Mac? Are you happy to see the feature make the leap to Apple’s desktop/laptop offerings? If you could change it, how would you tweak it to better suit your needs/wants?