If you were following along yesterday, a bevy of updates to jailbreak-centric software with support for iOS & iPadOS 14.5 were released. This included checkra1n, Cydia Substrate, and Substitute to name a few.

But the updates didn’t stop there. Odyssey Team Web and App Developer @23Aaron_ pushed an update for the macOS-based Betelguese Odysseyra1n installer for checkra1n’d devices, officially bringing it up to version 1.1.

@23Aaron_ announced the update via Twitter bright and early Friday morning, and from what we can gather, it includes more than just a couple of small changes: 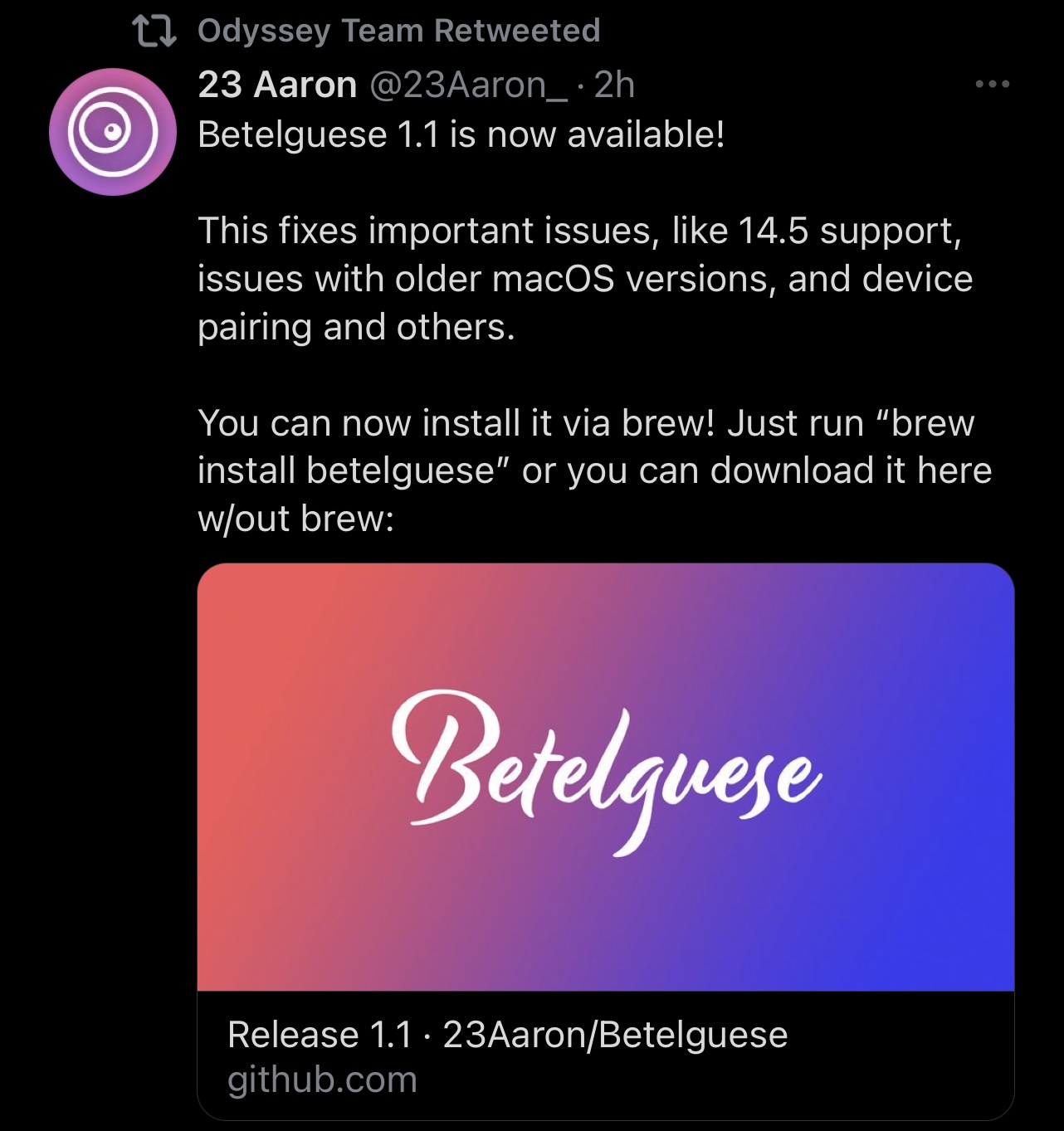 Citing the change log for Betelguese version 1.1, this update incorporates the following changes:

As noted above, this update will be important for anyone who uses checkra1n to jailbreak iOS or iPadOS 14.5 and then later decides to install Odysseyra1n. This effectively allows iOS & iPadOS 14.5 users to install the Sileo package manager, the libhooker tweak injection method, and an alternative bootstrap to Sam Bingner’s default one.

It’s worth noting that while Cydia Substrate and Substitute each received updates to support iOS & iPadOS 14.5 yesterday, CoolStar says libhooker doesn’t need an update because it works out of the box. This means it’s one less thing that users would need to update — not that it would be particularly difficult to do so in the first place.

The latest version of Betelguese can be installed on your Mac with or without Brew. If you’re using Brew, then you may simply run the brew install Betelguese command. If not, merely head over to the official GitHub page for download links.

For help with using Betelguese to install Odysseyra1n on a checkra1n’d device, you can follow the steps outlined in our step-by-step tutorial.

Have you downloaded the latest version of Betelgeuse yet, or are you not interested in Odysseyra1n? Let us know in the comments section down below.