Apple has started to roll out suggested words on the App Store to speed up your searches. 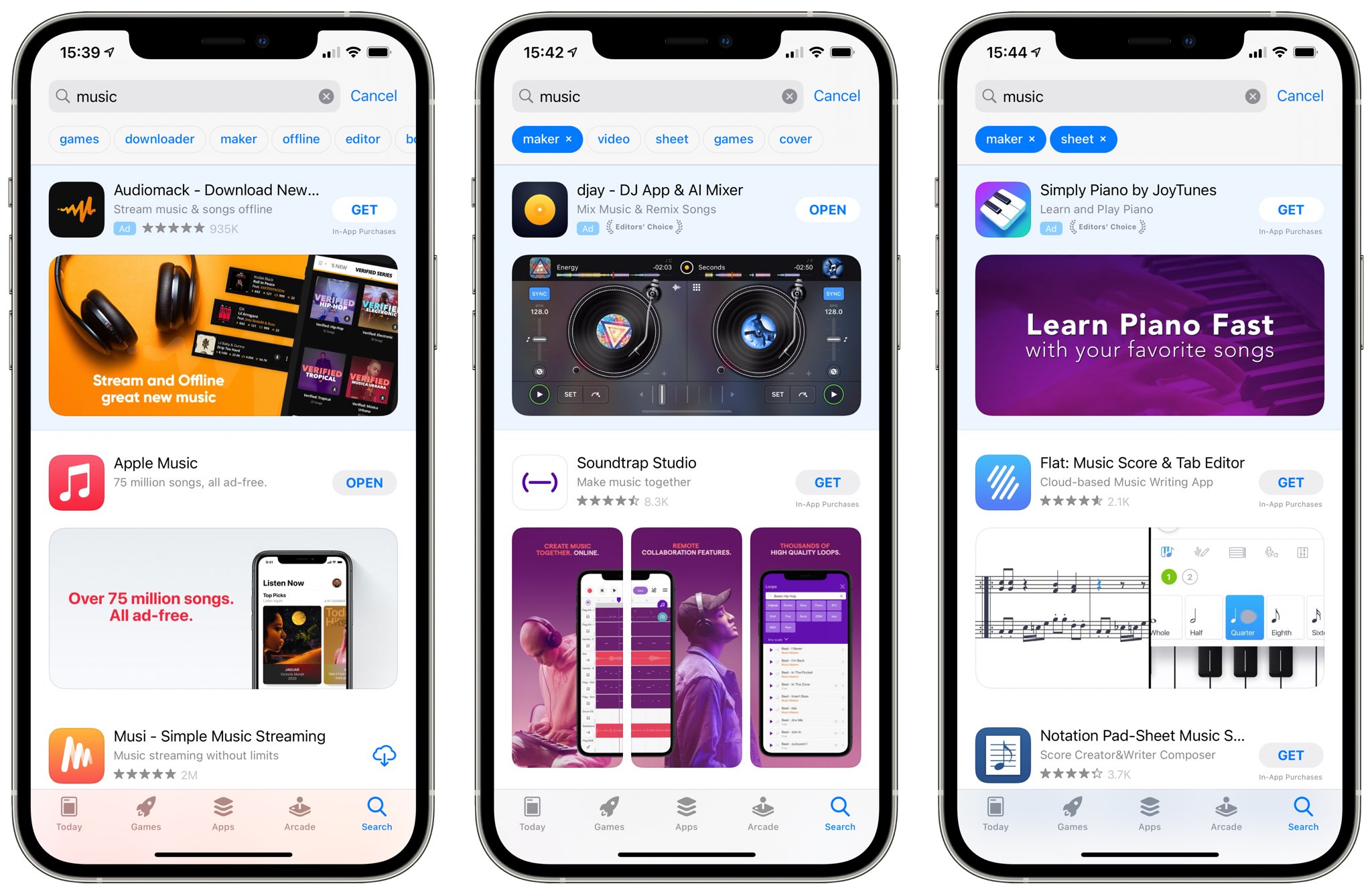 “Introducing search suggestions on the App Store,” reads the tweet. “Select/deselect multiple suggestions to refine your search so you can find even more amazing apps and games.”

Select (or deselect) multiple suggestions to refine your search so you can find even more amazing apps and games.

Search suggestions roll out today starting with the USA, Canada, the UK, and Australia. pic.twitter.com/viaZHlCZMb

The feature works as you’d expected.

How to use search tags on the App Store

When you run a query for a trending keyword on the App Store, like “music”, you can refine your searches by tapping related suggested words, such as “streaming,” “editor,” “recorder,” “production” and some such. Doing so will instantly update your search with matching results.

→ How to influence Siri suggestions in Safari

For some queries, you can choose more than one suggested term. For instance, refining a query for “music” by tapping the tag “maker” surfaces additional tags like “video,” “sheet,” “games” and “cover” that you can choose alongside “maker” to refine that search even further.

A search tag is a search term used by people when searching in the App Store to filter the search results, so the more specific a user is the less tags there are for them to use for filtering. pic.twitter.com/jc4JbtHixd

With 70 percent of visitors taking advantage of search to find apps on the App Store, anything that can be helpful to people in terms of finding the apps they need without having to scroll through endless search results should be met with universal acclaim.

This feature seems to have been cooking in Cupertino’s labs for quite a number of years—Apple was spotted testing related search suggestions on the App Store as far back as 2014.