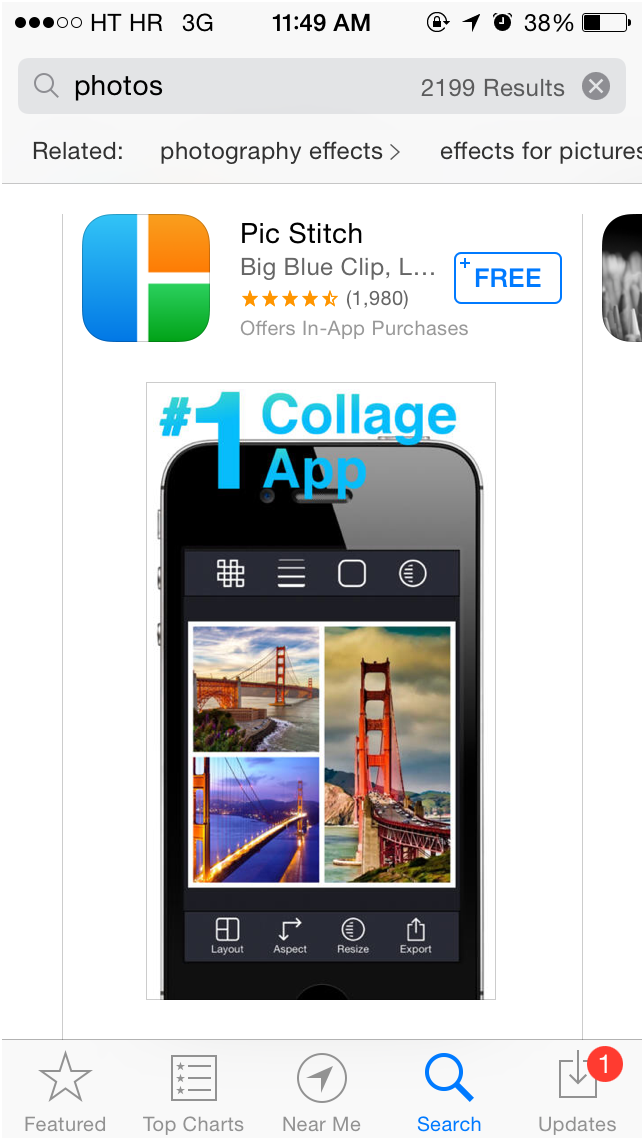 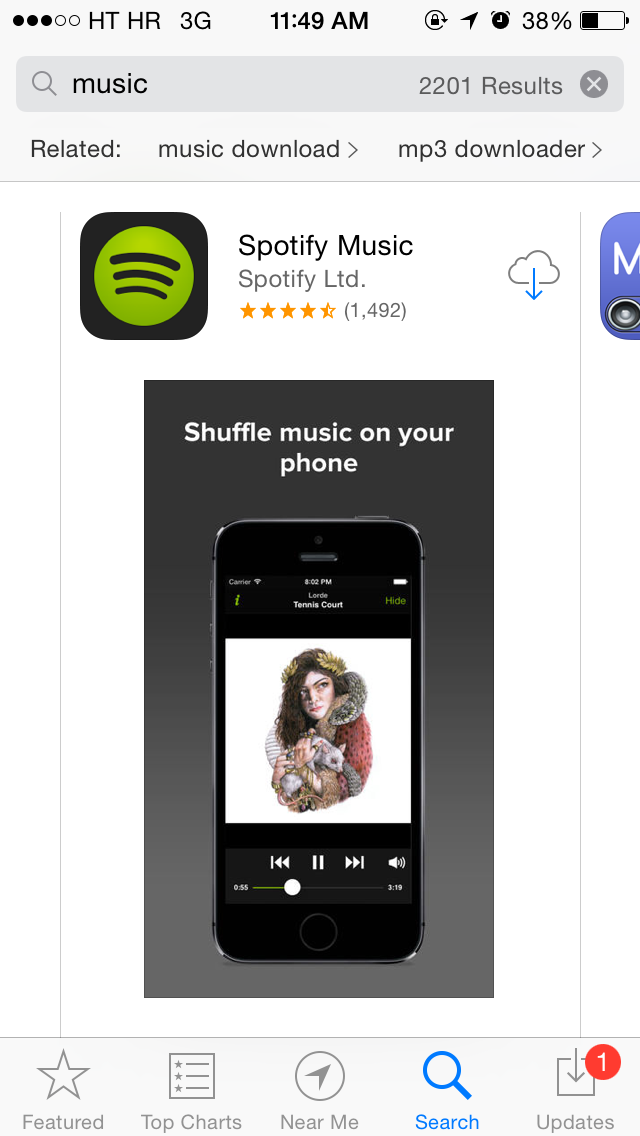 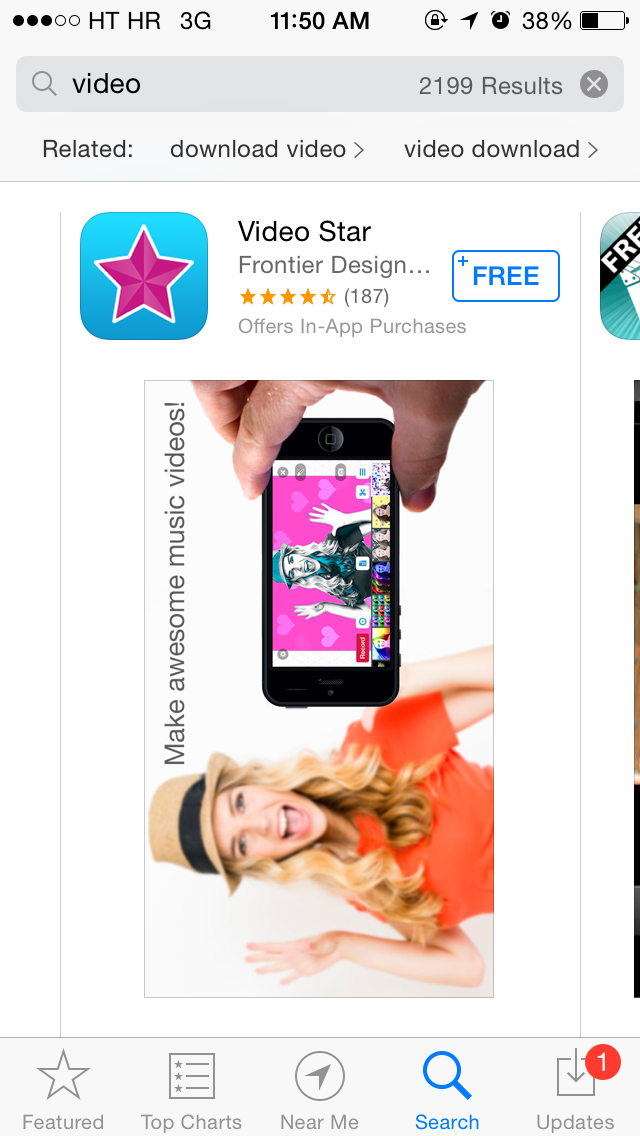 With over a million apps now available in the App Store, discovering software related to your needs outside the charts and featured sections increasingly feels like finding a needle in the haystack. Apple two years ago bought a company called Chomp, presumably to make app discovery easier, but thus far the acquisition – apart from a few functional tweaks here and there – hasn’t yielded visible improvements to how folks discover iPhone and iPad applications.

Then on Tuesday, one developer noticed a sweet new feature in the App Store storefront on his iPhone which offers a way to filter search results based on Apple-provided suggestions. I was able to test this on my iPhone 5s and though the feature appears a bit rough around the edges, it pretty much works as you’d expect.

As first spotted by developer Olga Osadcha (via MacStories) and evidenced on screenshots throughout this article, search suggestions appear as a row of scrollable keywords at the top of your search results.

Seen top of post: Apple’s suggestions for the term ‘photos’ (left), ‘music’ (middle) and ‘video’ (right). At post time, suggestions were unavailable in the iPad App Store. I couldn’t access them in iTunes for Mac and Windows either, indicating Apple is currently testing out the feature.

Because of this, search suggestions may not show up on your device yet. Apple could also pull the feature at any time..

As illustrated below, the row with suggested search terms can be scrolled horizontally to quickly explore all of the presented keywords. You can see below that how I was able to swipe left and right to browse through all the suggestions related to the term ‘puzzle’. 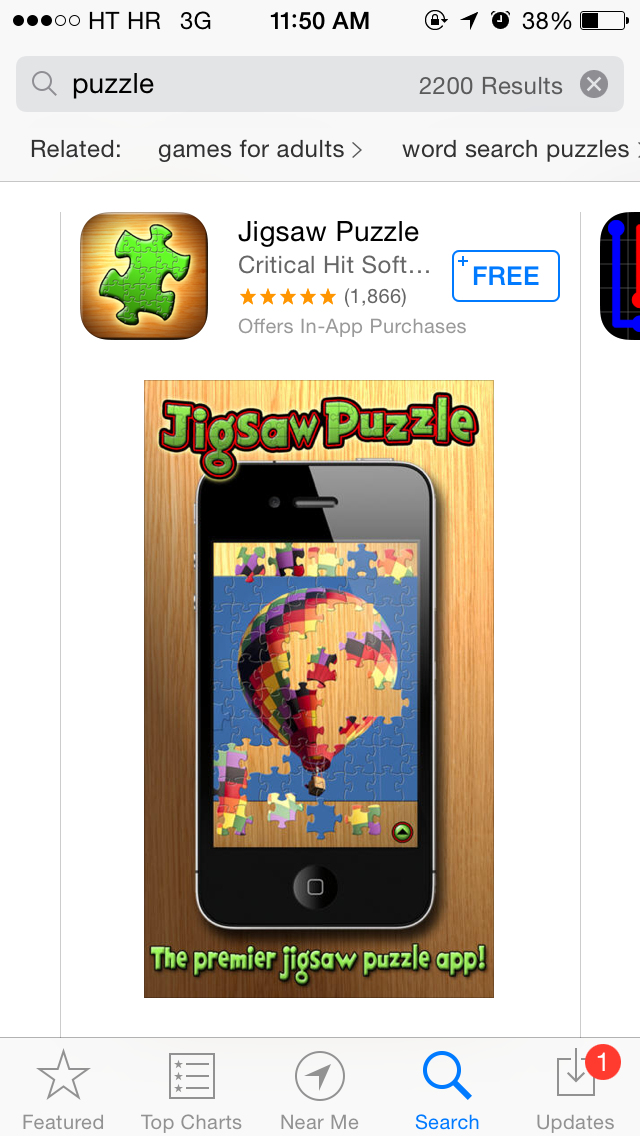 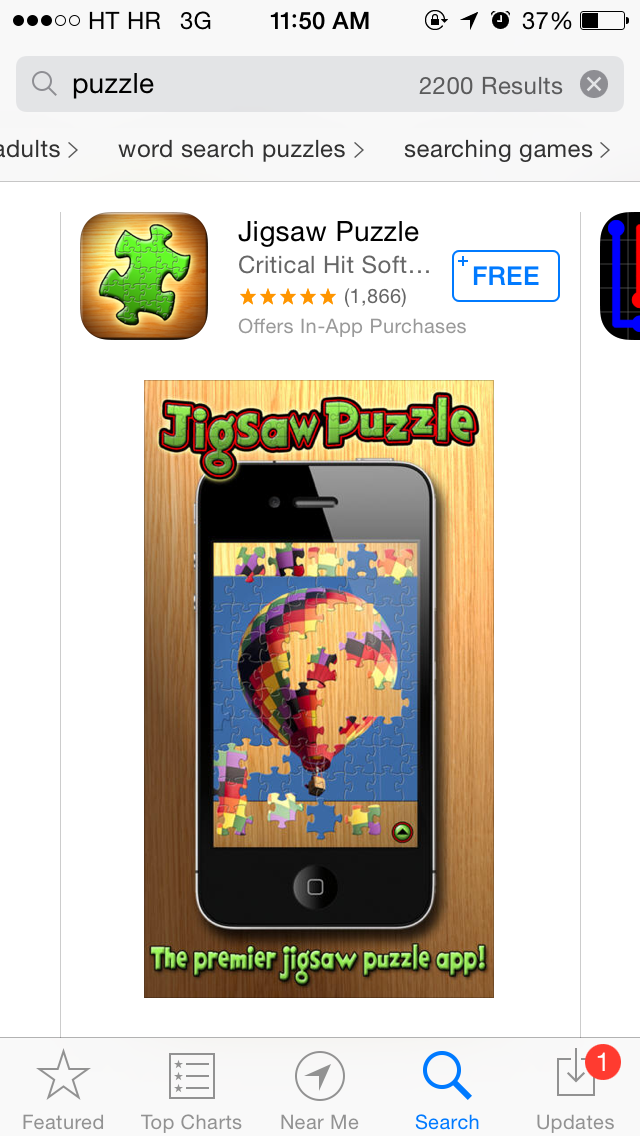 Some terms produce fewer suggestions than the others. In an example below, searching for ‘news’ put up a bunch of suggestions related to news applications and being able to scroll through them horizontally really helped a lot. 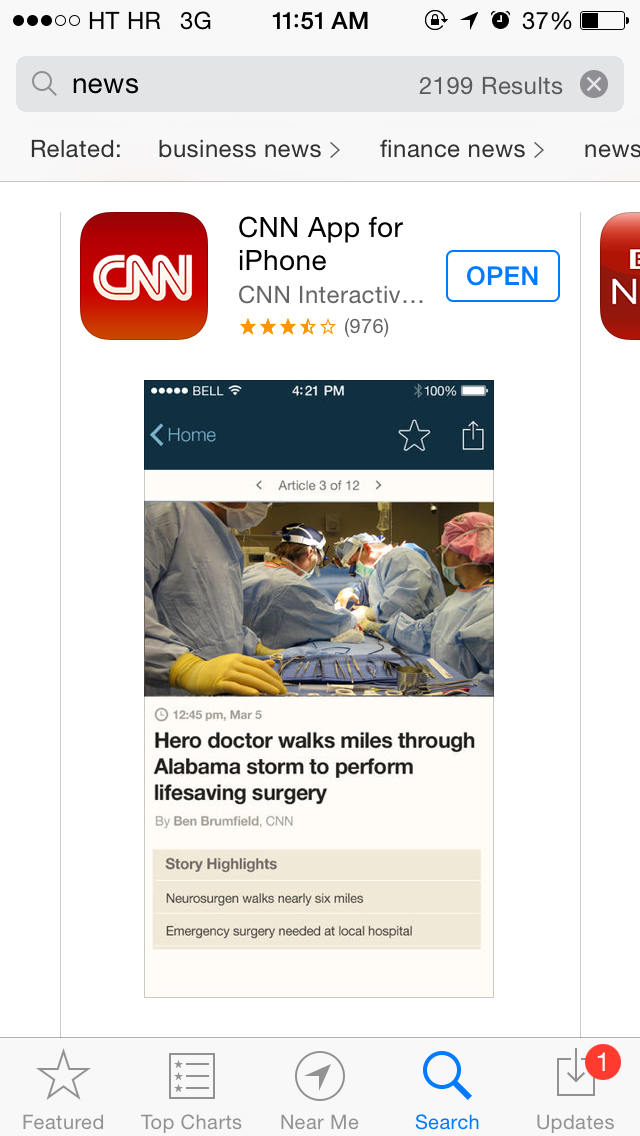 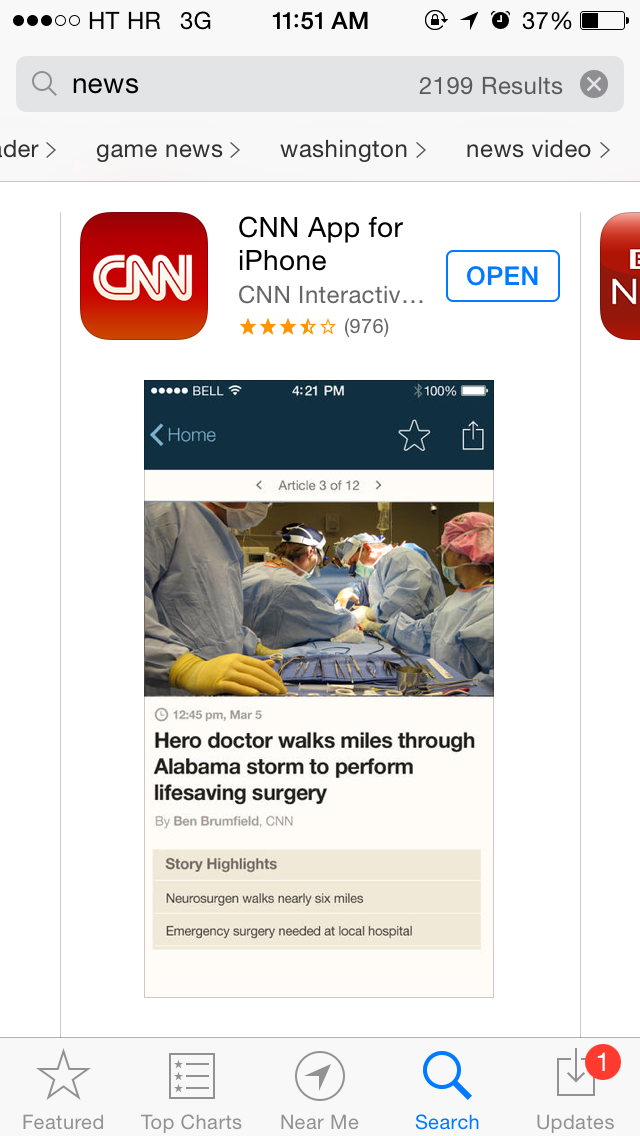 But Apple didn’t stop there as some items take you to sub-categories offering additional search suggestions based on the nested keyword. For example, searching for ‘news’ yields a number of suggestions related to ‘business news’, ‘finance news’, ‘game news’ and more, as depicted below. 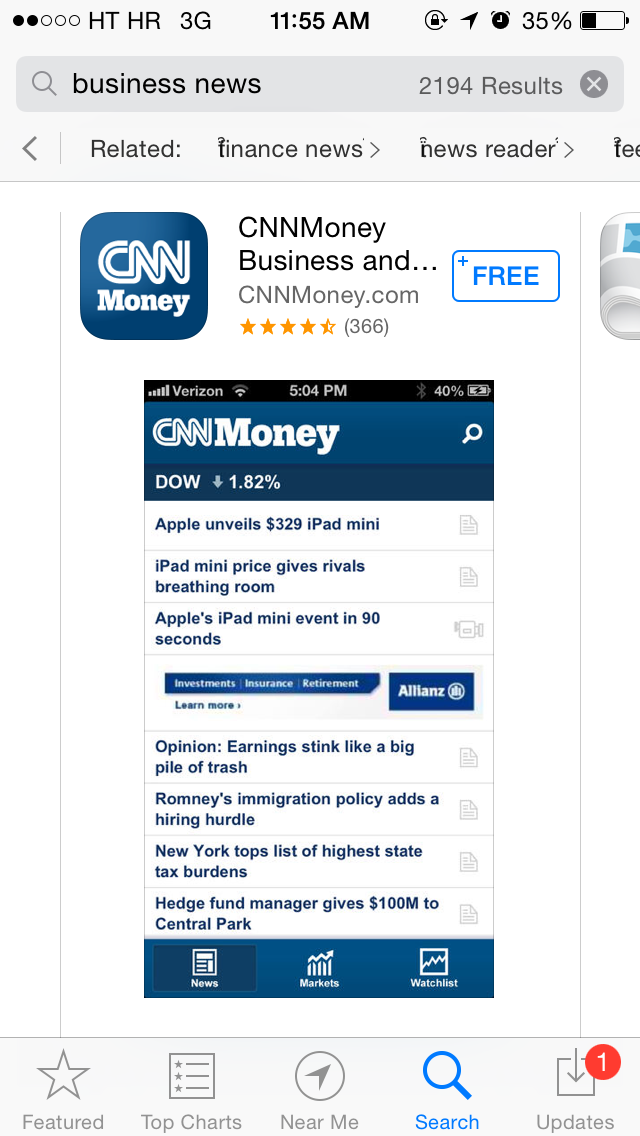 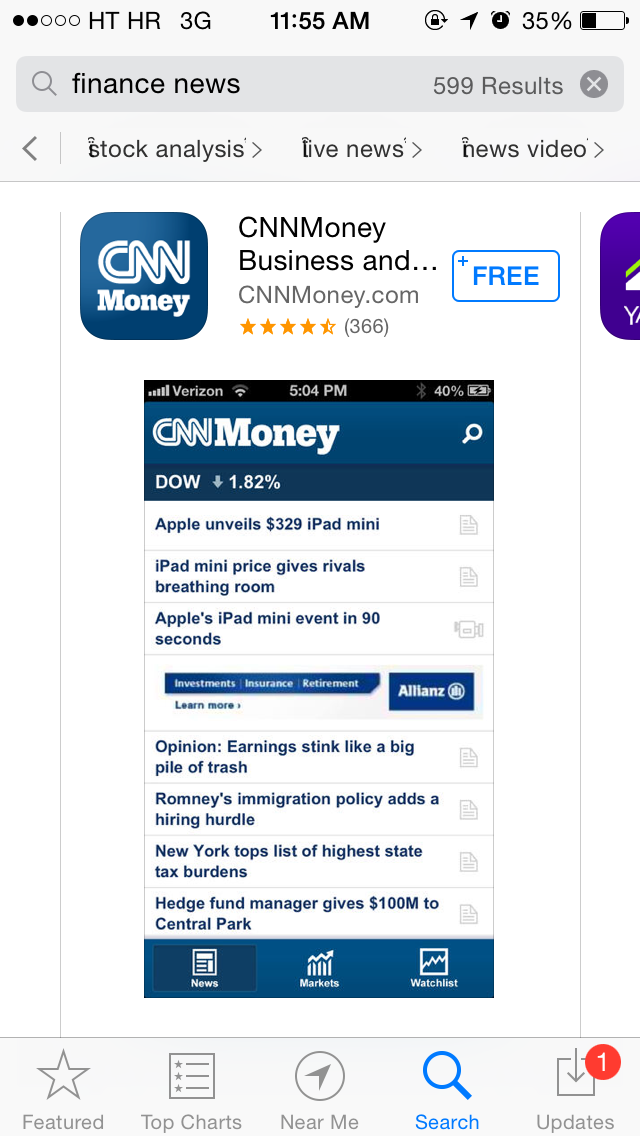 Notice font issues on the bar at the top?

Yeah, this is obviously work in progress.

Again, some of the suggestions are tappable and reveal specific items related to the parent keyword, thus helping narrow down your search. A pair of screenshots right above serve to illustrate how additional suggestions appear upon tapping one of the presented items which have sub-categories attached to them.

There are many unknowns yet to be answered.

For example, we have no idea where Apple pulls suggestions from.

Developer-provided keywords, perhaps? Or iTunes app descriptions? Chomp algorithms, anyone? Or, how abut curated App Store sections that Apple built over time, such as the latest ‘Indie Game Showcase’?

For all we know, these suggestions could be even curated by human editors, it could be any of the above or a combination thereof. Frankly, average users shouldn’t care about the underlying technology as long as the feature helps them find that needle in the haystack.

And what’s your take on the App Store’s search suggestions?

Go ahead, give this feature a whirl and join us in the comment section below.

Again, for the time being search suggestions appear to be live only in the App Store on the iPhone.