Apple has created a new section in the App Store to feature iPhone and iPad games by independent devs.

From Apple’s description of Indie Game Showcase, via MacStories:

Often made up of just a few dedicated members, independent studios prove that what really matters is the size of your dream. In each Indie Game Showcase, we celebrate a popular game and its creative team, highlighting the developer’s titles along with their favorite games from other studios.

This is what the new section looks like in iTunes. 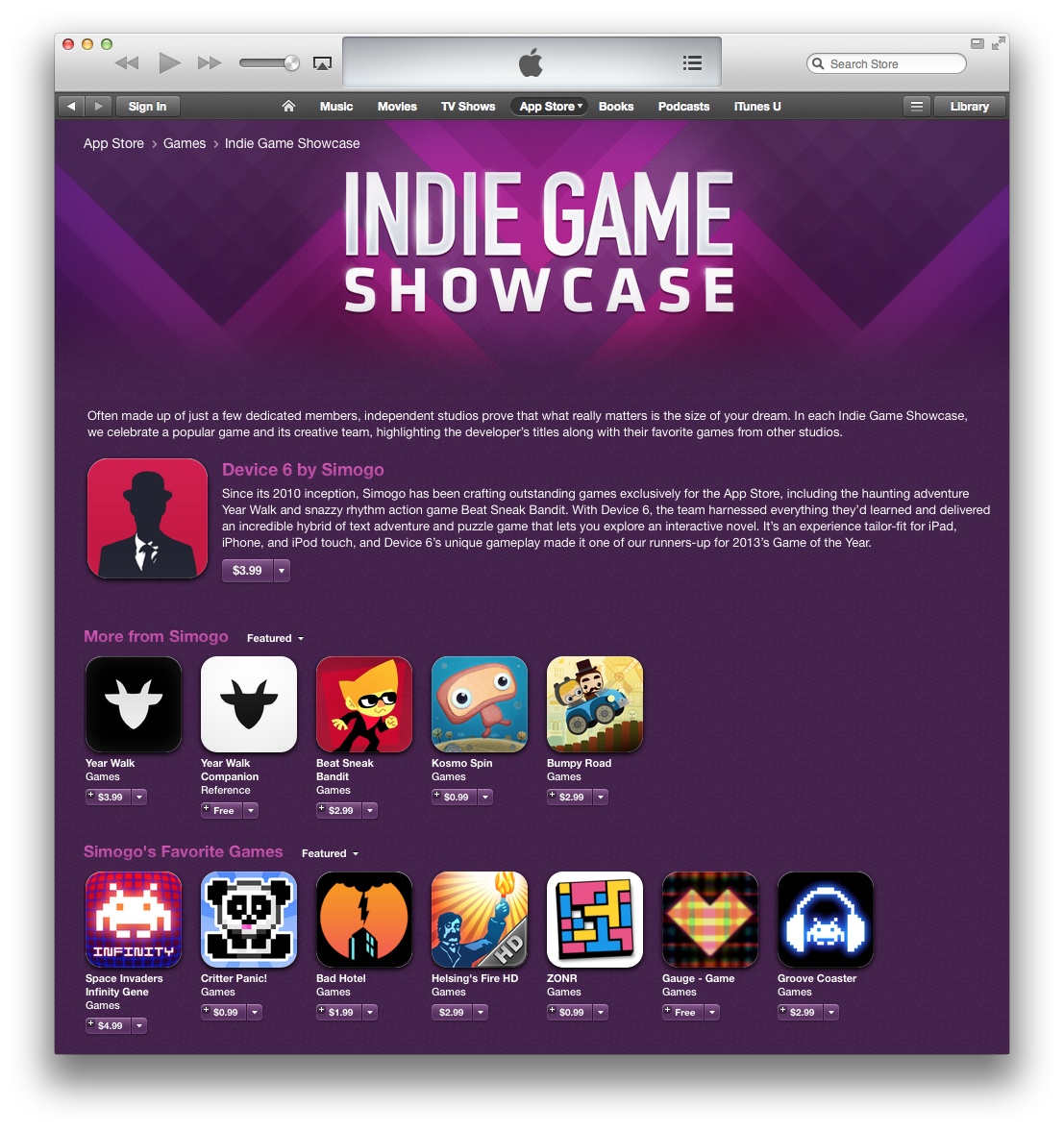 It prominently features Device 6 by Simogo, the creator of Year Walk.

Since its 2010 inception, Simogo has been crafting outstanding games exclusively for the App Store, including the haunting adventure Year Walk and snazzy rhythm game Beat Sneak Bandit.

With Device 6, the team harnessed everything they’d learned and delivered an incredible hybrid of text adventure and puzzle game that lets you explore an interactive novel. It’s an experience tailor-fit for iPad, iPhone and iPod touch, and Device 6’s unique gameplay made it one of our runners-up for 2013’2 Game of the Year.

In this game, the written word is both your map and narrator as you get to read, listen and peek into three-dimensional photographs to solve the bizarre mysteries.

Simogo notes that the game plays with the conventions of games and literature and entwines story with geography and blends puzzle and novella to “draw players into an intriguing mystery of technology and neuroscience”.

This surreal thriller is universal and will run you $3.99 in the App Store.