The iMac has not always had a chin. But it’s certainly had one for many, many years now. So many, in fact, that the chin might be one of the most recognizable elements of an iMac for some people.

Not that the iMac isn’t immediately recognizable almost just by default. It is. Plus, it helps that an Apple logo has usually been front-and-center. The last generation iMac’s chin wasn’t the biggest, but it was prominent in its own right. And that’s certainly the case with this year’s revised design, too. Apple introduced the new 24-inch iMac at its Spring Loaded event, welcoming in a colorful wave of desktop computers.

And the new machine is thin! Remarkably thin, actually, coming in at just 11.5 mm. That’s something to behold, even on a website. I’m sure it will look even better in person. But, to get that design bullet point nailed down Apple had to make sure that it could work out some space for the important internal parts. Even if Apple’s own M1 processor helps out in that regard. 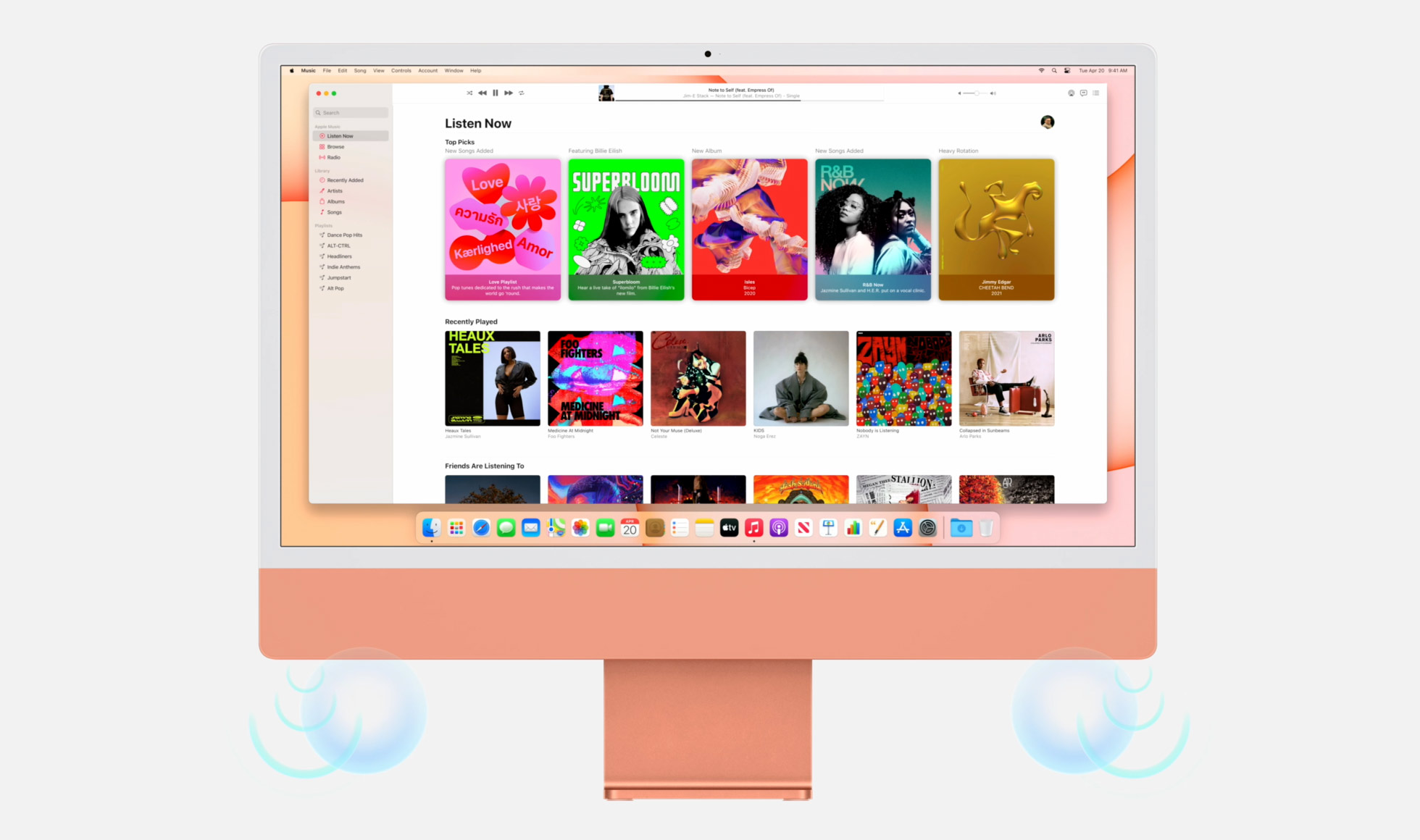 So, we’ve got a chin. It’s impossible to miss. And it’s easily one of the most controversial elements of Apple’s newest desktop computer I’ve seen so far. I’ve seen some folks bashing the colors, which is a little crazy to me, even if I can admit at the same time that having a Space Gray, or black(!) option probably would’ve been nice, too. But I’m over here considering a purple computer and I never though that’d be the case.

My only concern is that white border around the display. I get that going with a black bezel would’ve been a bit too contrasting for the colors, but I think I’d at least like the option, anyway.

But the chin? I don’t know, I just don’t have a problem with it. I’ve been going over to Apple’s website every once in a while since the computer’s landing page went live, trying to decide whether or not I actually need –or event want– the new computer, and I haven’t been turned away by the design yet.

Some of that might be just getting used to the chin over the years. As I said earlier, I think it makes the computer instantly recognizable in its own way to be Apple’s desktop computer. But, with that being said, when Apple can some day figure out how to make a Pro Display XDR-like desktop computer, with those thin (black) bezels and just a big display in front of my eyeballs, I’ll probably be very happy with that model.

So while the chin might not ruin the whole thing for me, I can definitely understand why some people might just flat-out hate it. So I’m curious, how do you feel about the chin on the 24-inch iMac? Is it a design flaw in your opinion, and something that will keep you from upgrading to the new machine? Or are you planning on getting a new iMac, and, if so, which color are you going with?