The new iMac family is based on the Apple M1 chip that prerviosuly debuted in the new MacBook Air, 13-inch MacBook Pro and Mac mini. The thin enclosure is now the same thickness across the entire surface. The overall volume has been reduced by 50 percent and the computer is now just 11.5 mm thin.

The front is clean and simple, a single sheet of glass covering the entire surface. However, there’s still that chin at the bottom, only thinner. 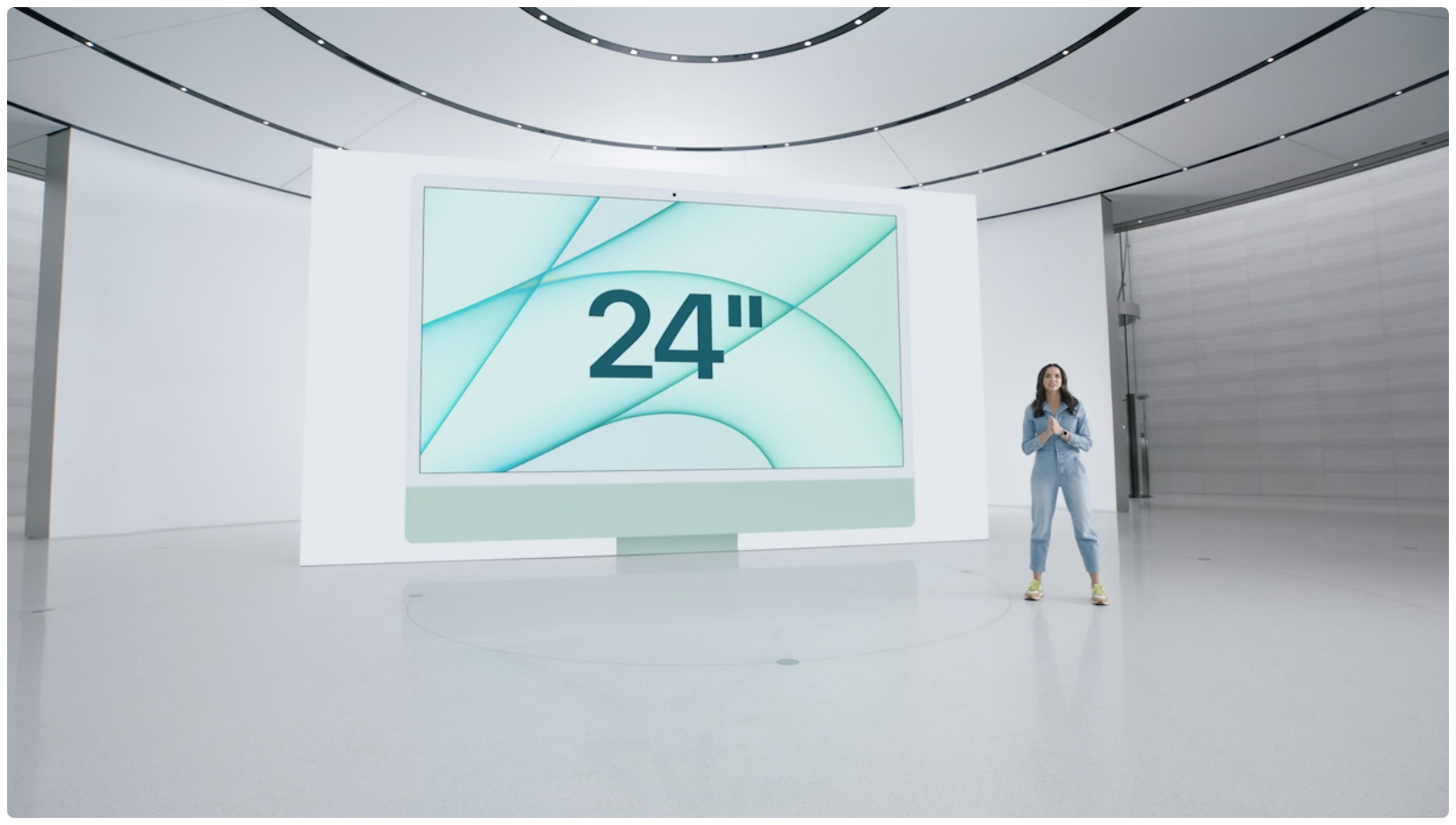 The computer features a 24-inch Retina display in 4.5K resolution. The display supports features like True Tone and is rated at 500 nits of brightness. The back of the computer “really celebrates color” with richly saturated shades.

Thanks to the power-saving M1 chip, the whole system is rated under ten decibels. 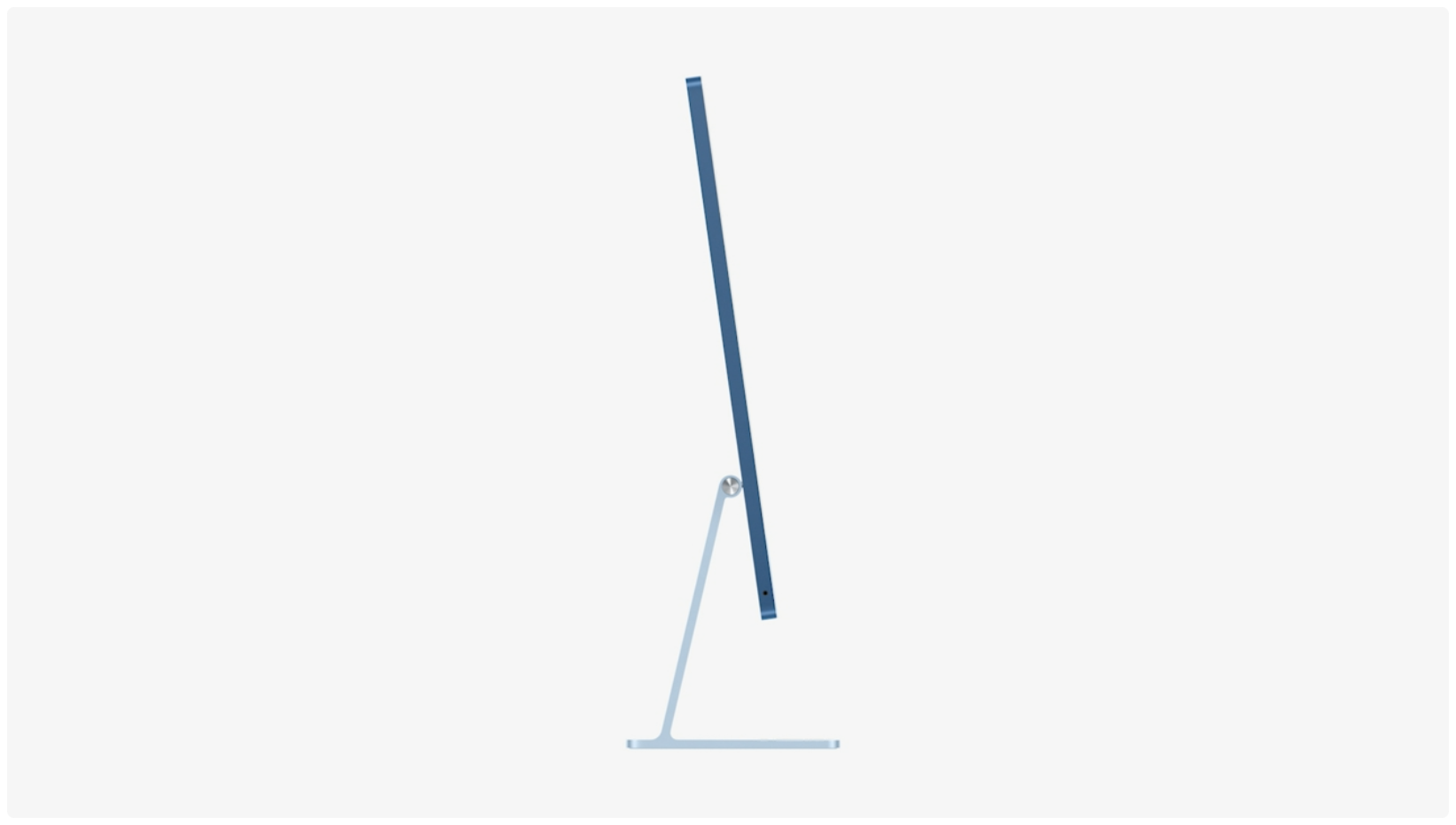 Apple has upgraded microphones and cameras with a new three-mic system and an upgraded 1080p FaceTime camera. Graphics is up to fifty percent faster thanks to the power of the M1 chip. For instance, you can edit up ti five streams of 4K footage or 8K footage in FinalCut Pro, Apple has said. 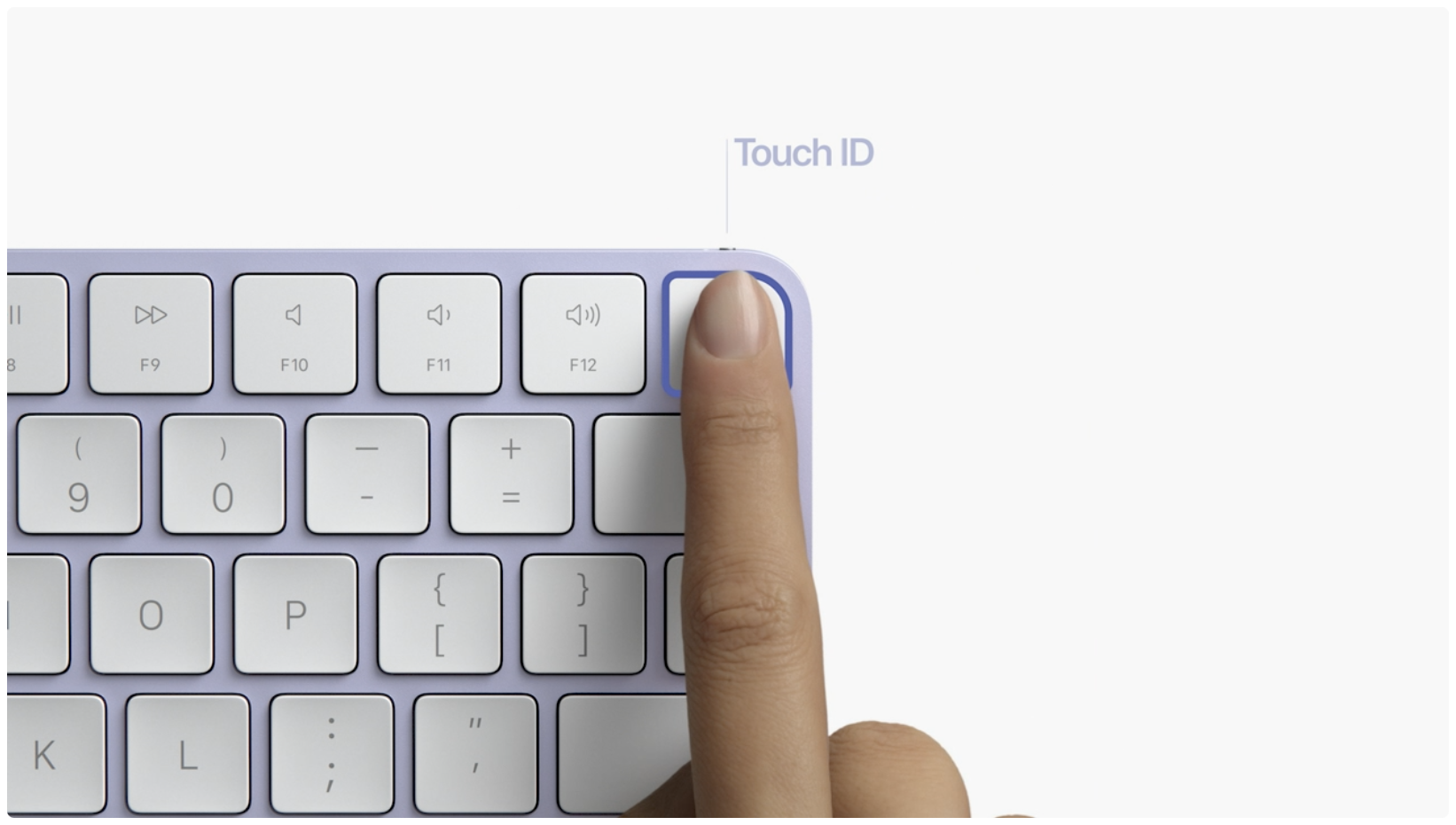 You get four USB-C ports out the back, two of which support Thunderbolt 4. The machine supports six external displays simultaneously. Apple has also designed a new power connector that attaches magnetically to the back of the new iMac. 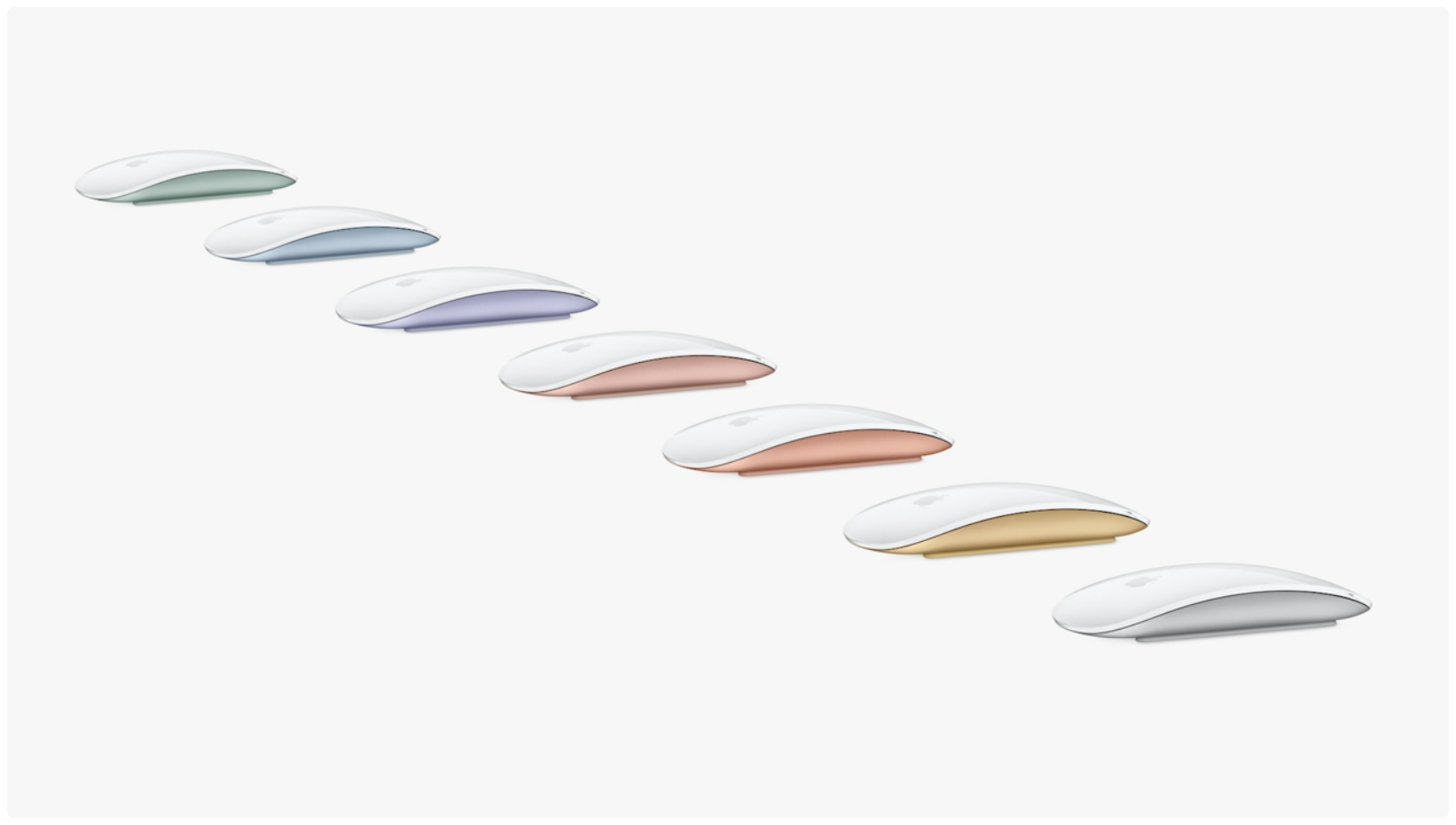 It uses a color-matched woven cable that connects to a small power adapter which sports a built-in Ethernet adapter. To go with the new multi-color iMac choices, Apple is also selling color-matched Magic Mouse, Magic Trackpad and Magic Keyboard featuring a Touch ID fingerprint scanner. The new iMac can be pre-ordered starting April 30 at $1,299 for the baseline configuration.

To learn more about the new iMac, visit apple.com/imac.