In an announcement shared early this morning via the Sileo / Taurine / Odyssey Discord channel, Odyssey Team lead developer CoolStar divulged that an upcoming premium jailbreak package dubbed libhooker Pro would soon be made available to the general public.

In the announcement, CoolStar elucidated what libhooker Pro would be and how it would differ from the existing free libhooker package: 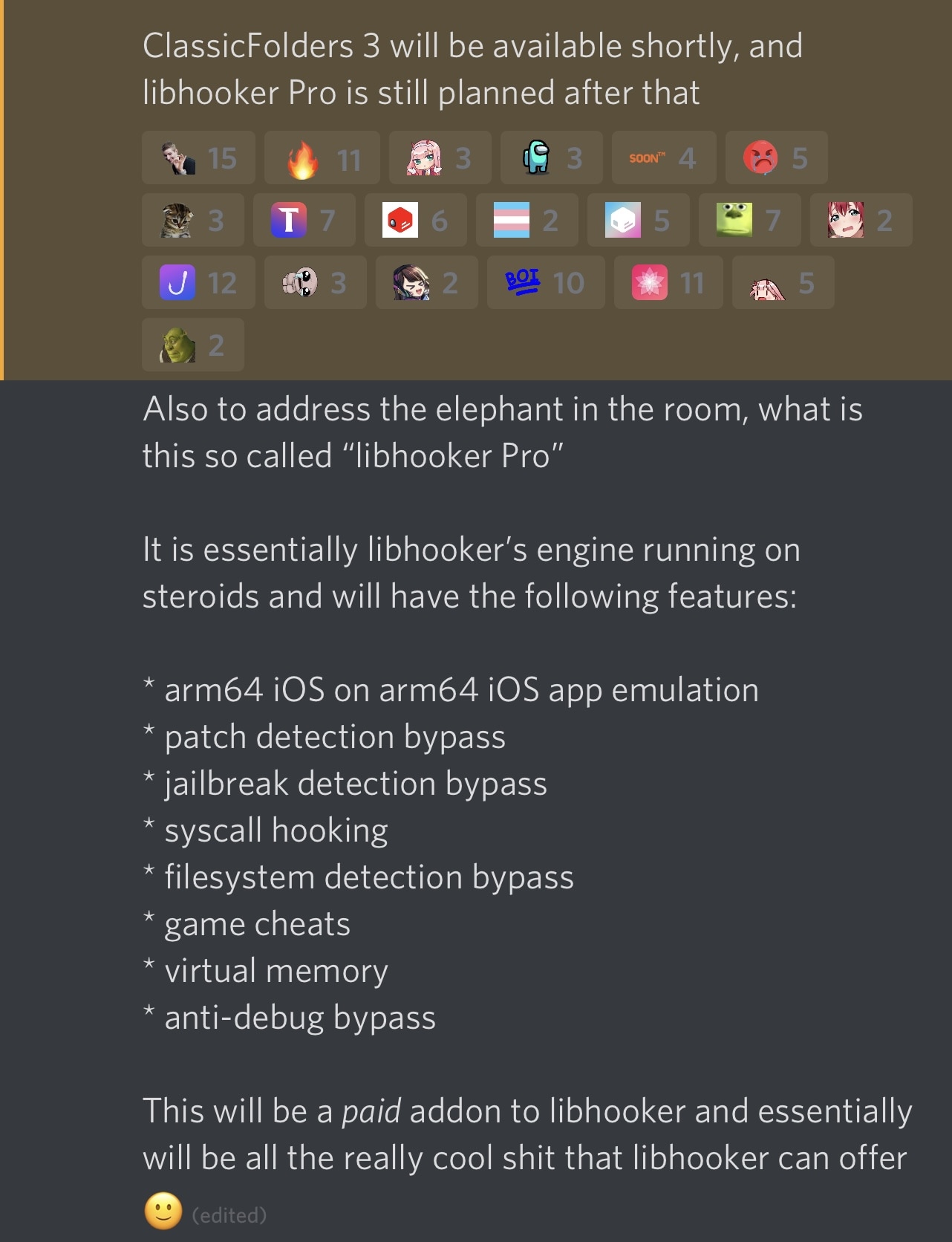 From what we can gather, libhooker Pro will be a paid add-on for libhooker rather than a flat-out replacement for it, and it will supercharge libhooker’s feature set. Highlights from the announcement suggest that libhooker Pro would offer the following qualities that aren’t already offered by the free libhooker:

Some of the things that jump out to me are the patch and jailbreak detection bypassing, which will allow jailbreakers to go unnoticed by apps that try to determine whether they’re being tampered with or used on a jailbroken device. This is a major paint point by jailbreakers, as the mere act of jailbreaking can cause certain apps to reject your device. That said, a native solution for this problem would be a welcomed one.

Other tidbits that jailbreakers might find interesting are emulation, game cheats, virtual memory, and syscall hooking, which offer benefits well beyond that of what the free libhooker currently offers.

CoolStar hasn’t provided a solid timeframe for when libhooker Pro will launch, but did mention that it would be some time after the ClassicFolders 3 tweak gets released. As always, we’ll keep the community apprised as new developments occur.

Are you excited about the upcoming libhooker Pro package and what it means for jailbreakers using supported jailbreaks? Let us know in the comments section down below.