Intel is having some fun out there, poking Apple with a series of ads that try to garner attention for its lineup of chips as Apple earns plenty of attention for its brand new M1 processor. However, its latest ad seems a little strange.

It’s not a secret that Intel very much wants to keep Apple as a business partner moving forward, but that’s not going to stop the company from moving forward with its “PC vs Mac” ad campaign. Trying to drum up support for a processor can’t be easy in general, especially when the computer itself has to be worth buying, too. So maybe that’s why Intel though it would be the right move to use a MacBook Pro to sell its 11th-generation Intel Core processors.

As noted today by iThinkDifferent, an ad for Intel’s Tiger Lake processors (its newest options out there in the wild) is appearing on Reddit and appears to show a MacBook Pro in front of the model. There’s no Apple logo, obviously, but that keyboard, trackpad, and silhouette are all very recognizable. You can even see the outline of the Touch Bar for good measure, something that Intel-powered Windows PCs certainly don’t have (because they have touch screens!). 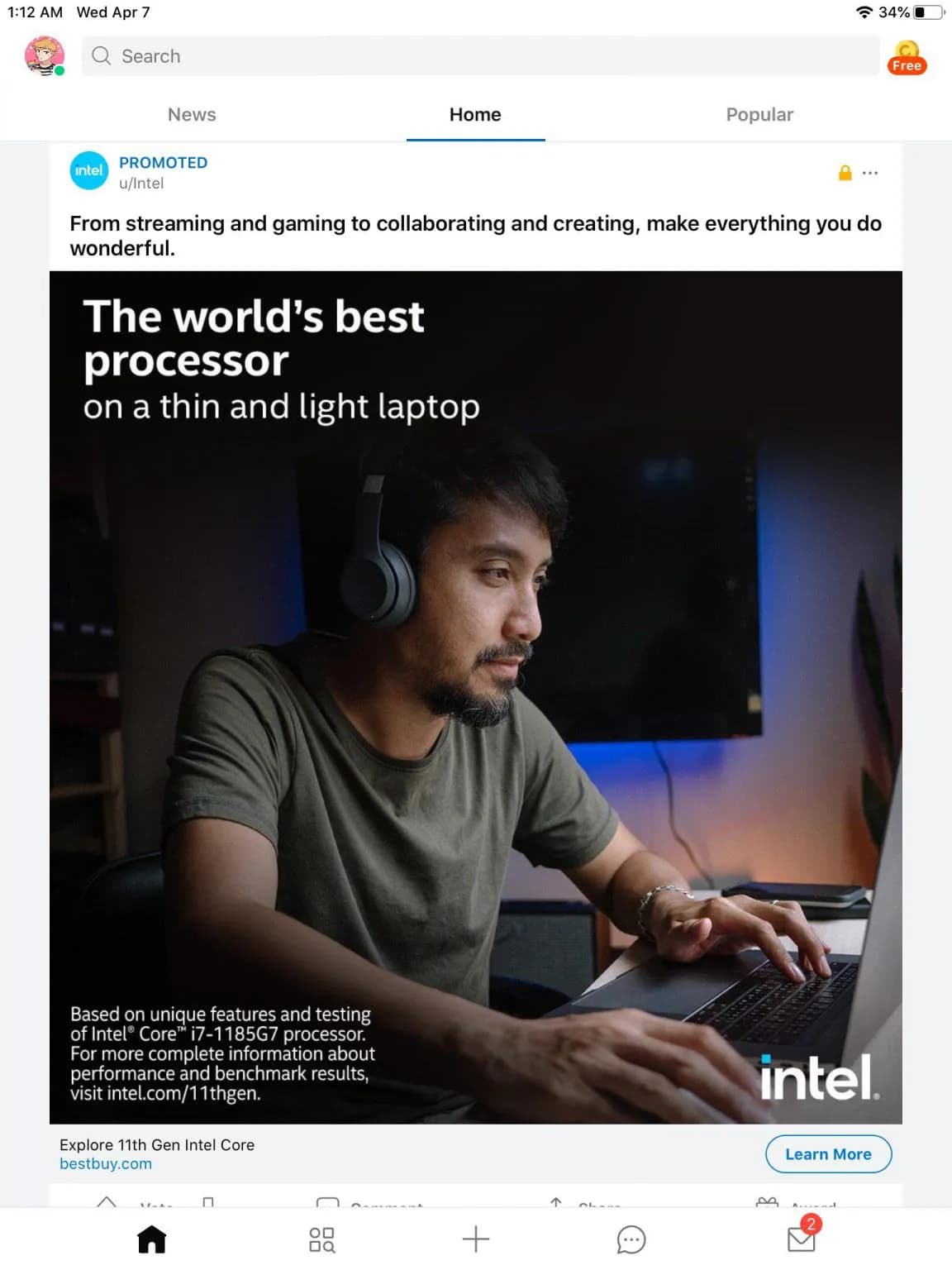 It even appears that the model in the ad is wearing Beats-branded headphones, too. It’s all very strange.

If nothing else, this is just a good laugh for the middle of the week. It’s likely that a lot of people out there won’t notice that there’s a MacBook Pro in that ad, or that those appear to be Beats headphones. They’ll just see an ad for an Intel processor and keep scrolling.

Still, it is kind of funny to see Intel using an Apple computer to sell a chip that’s not even in that product anymore. Apple last used an Intel chip in a new MacBook Pro model back when there were 10th-generation processors on the market.