Last year, Apple began its transition away from Intel chips in its computers, opting to go with its own Apple silicon instead. Earlier this month, Intel launched a new ad campaign against Apple, trying to get people to stop paying attention to the successful M1 processor in its newest MacBook models, and instead keep folks interested in Intel chips.

Things keep getting interesting in this regard, though. Part of the marketing blitz included hiring actor Justin Long of “I’m a Mac” fame to promote Intel chips and bash Apple’s M1 processor (and other Apple things). That all started on March 17. Fast forward to March 23 and it turns out that Intel has some lofty goals for its business, including firing up new foundry plants in Arizona.

Those goals include still working with Apple, according to Intel’s CEO Pat Gelsinger (who took the job over from Bob Swan not too long ago), despite the anti-Apple marketing push. It’s a fun balance, of course, because Intel does still have a business to run and chips to promote, and bashing Apple –especially with how well the M-series transition has been going so far– just makes sense. But that doesn’t mean Intel wants to lose Apple as a business partner. 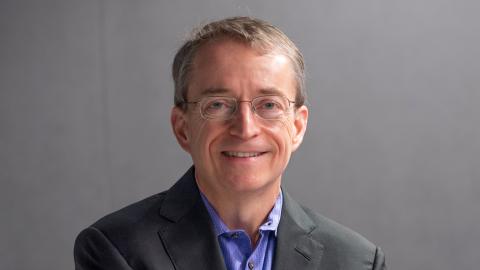 Just look at Apple’s and Samsung’s relationship over the years.

In any event, Gelsinger is leaning into the “competitive fun” that has ramped up recently. While Apple hasn’t necessarily resorted to the same level of marketing that Intel has lately, there’s no room to doubt now that Gelsinger just sees this as a friendly rivalry, rather than any hate-filled effort to lose Apple has a business partner at a later date.

In a new interview with Yahoo Finance, that becomes clear:

So obviously you’ve seen some of the competitive energies [in chipmaking] resume because there’s a lot of great innovation to be done, and we haven’t seen PC demand at this level for a decade and a half. The world needs more of that, and there is competitive fun going on with Apple and the Mac ecosystem.

Apple is going to continue the transition to Apple silicon processors over the course of the next year and some change (that effort started late last year). The beginning of that process, as mentioned above, has gone very well for Apple as both the MacBook Air and MacBook Pro with an M1 processor were well-received by both critics and consumers.

Really though, Intel’s CEO wants to help relieve some of the burden from Taiwan Semiconductor, or TSMC. Right now, Apple relies solely on TSMC to handle M-series processor orders and Intel just wants to help out:

Apple is a customer, and I hope to make them a big foundry customer because today they’re wholly dependent on Taiwan Semiconductor. We want to present great options for them to leverage our foundry services, as well, just like we’re working with Qualcomm and Microsoft to leverage our foundry. We’re going to be delivering great technology, some things that can’t be done anywhere else in the world.

The full interview is certainly worth a read, so go check it out at Yahoo Finance. Do you think Apple should cut ties with Intel altogether (if it can afford to)? Or should the two companies keep working together for the foreseeable future?