Since officially releasing the Taurine jailbreak tool for iOS & iPadOS 14.0-14.3, the Odyssey Team has been working with diligence in the background, continuously refining the jailbreak’s performance and reliability and squashing bugs in accordance with user feedback.

Today, the Taurine jailbreak was updated for a second time since its original release. The latest iteration, dubbed Taurine version 1.0.2, is now available to all users and appears to further the jailbreak’s resilience by addressing bugs that would otherwise hinder a sound user experience.

The Odyssey Team announced the latest version of Taurine both on its official @OdysseyTeam_ Twitter page and via the Sileo / Taurine / Odyssey Discord channel: 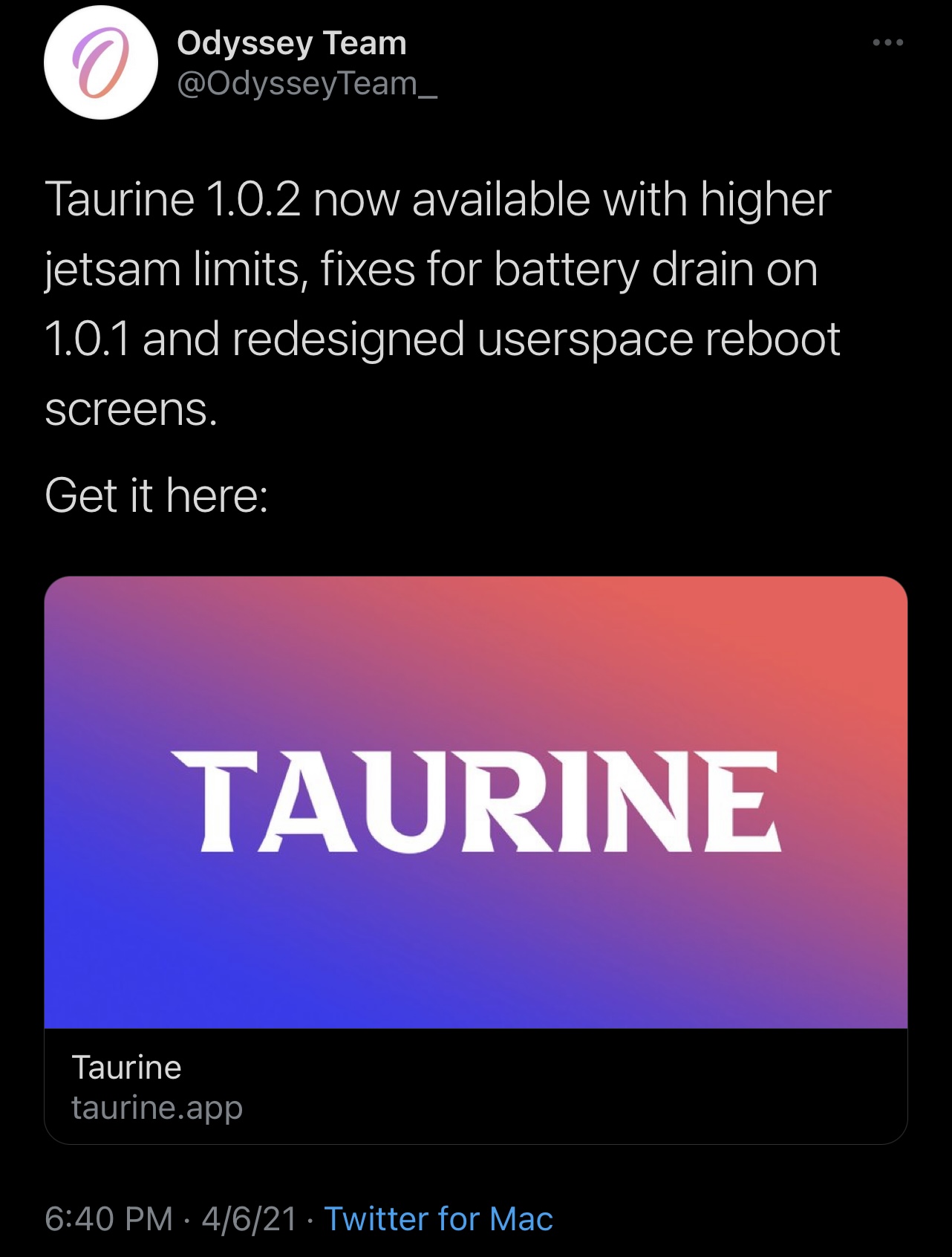 Based on the change log for Taurine version 1.0.2, we can gather that this update brings the following changes:

We always recommend that jailbreakers keep their jailbreaks up to date whenever possible since a jailbreak and the many add-ons you’ll install with it can quite literally make or break the stability of your device. When a major update launches that addresses a potential issue, that’s something you’ll want to install immediately so that you have peace of mind in knowing that your handset won’t suddenly behave erratically when you need it most.

If you’re already using the Taurine jailbreak, then you can head over to taurine.app in your favorite web browser to download the newest Taurine .ipa file and side load it at your earliest convenience. Those who haven’t jailbroken with Taurine before can instead follow our step-by-step tutorial to install it with AltStore, which walks you through the entire process.

Have you downloaded and used the latest version of the Taurine jailbreak yet, or are you still using an older version? Let us know your jailbreak situation in the comments section down below.