Substitute, the tweak injection method used by the unc0ver jailbreak (and optionally on checkra1n devices), received an update this week that officially brought the package up to version 2.0.10.

Much like the previous update that launched around a month ago, Substitute version 2.0.10 brings bug fixes to improve the package’s performance and stability.

Noted in the change log for Substitute version 2.0.10, this update incorporates the following change:

– Add a workaround for Apple text-input bugs on sbreload 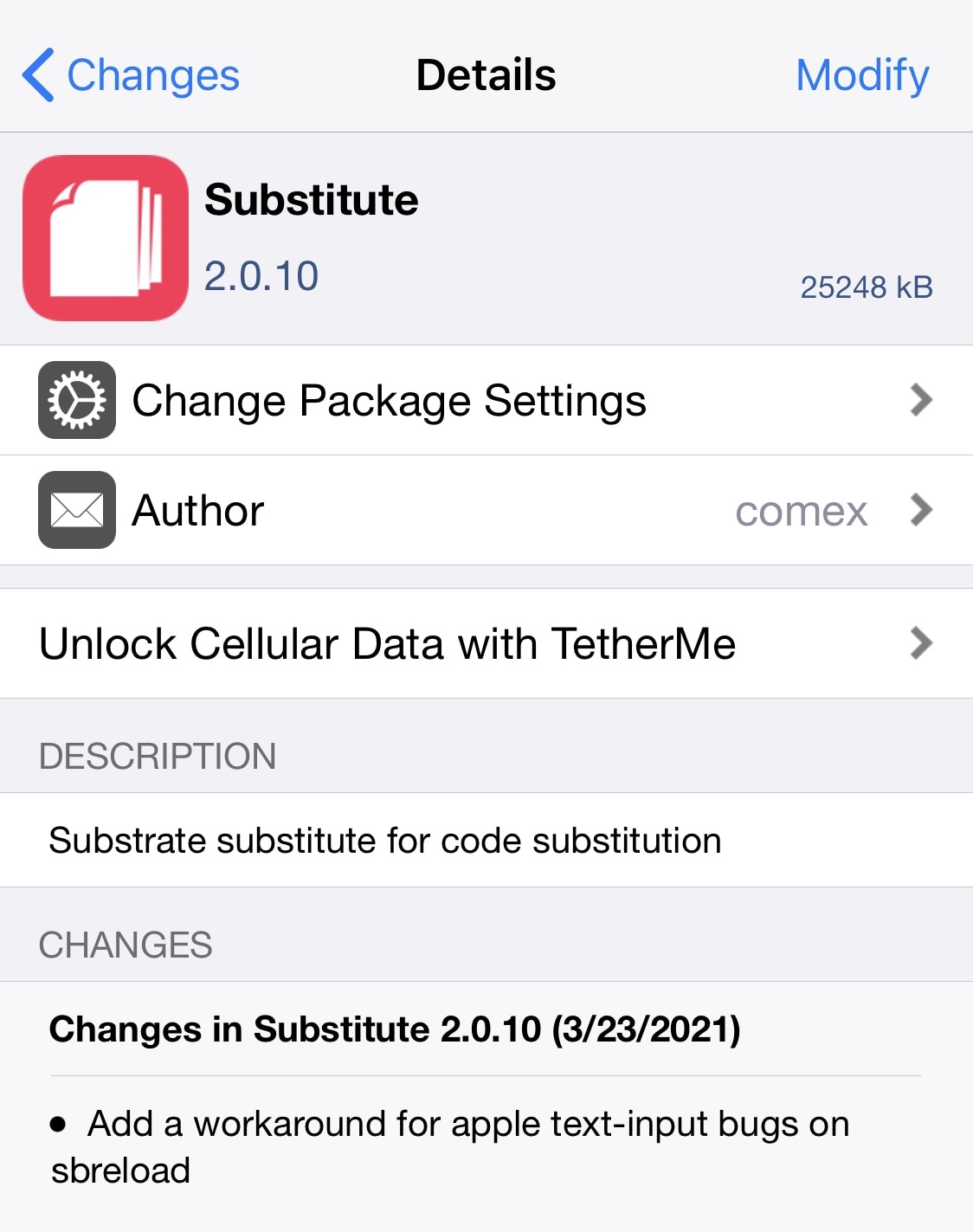 Given just how important of a package Substitute is on devices that use it for tweak injection, it’s recommended that all users download and install the latest version at their earliest convenience. Keeping your pwned handset’s tweak injection method up to date is one of the best ways to ensure handset stability in the long run, as it’s quite literally the backbone of installed jailbreak tweaks.

To obtain the latest version of Substitute, merely launch the Cydia app from your Home Screen and refresh your sources. The update should appear by way of Sam Bingner’s repository if you haven’t already installed it.

If you’re not already using Sam Bingner’s repository, then you can add it to your package manager’s list of sources via the following URL:

Have you updated to the latest version of Substitute yet? Be sure to let us know in the comments section down below.