Substitute, the tweak injection method used on the unc0ver jailbreak, and sometimes even the checkra1n jailbreak depending on personal preference, received yet another update on Friday, this time bringing the package up to version 2.0.9.

The latest update comes just one day after Sam Bingner published Substitute v2.0.8 with preliminary support and speed improvements for unc0ver on iOS & iPadOS 14. Substitute v2.0.9 isn’t quite as substantial of an update as the previous version, but it’s still recommended for all current users. 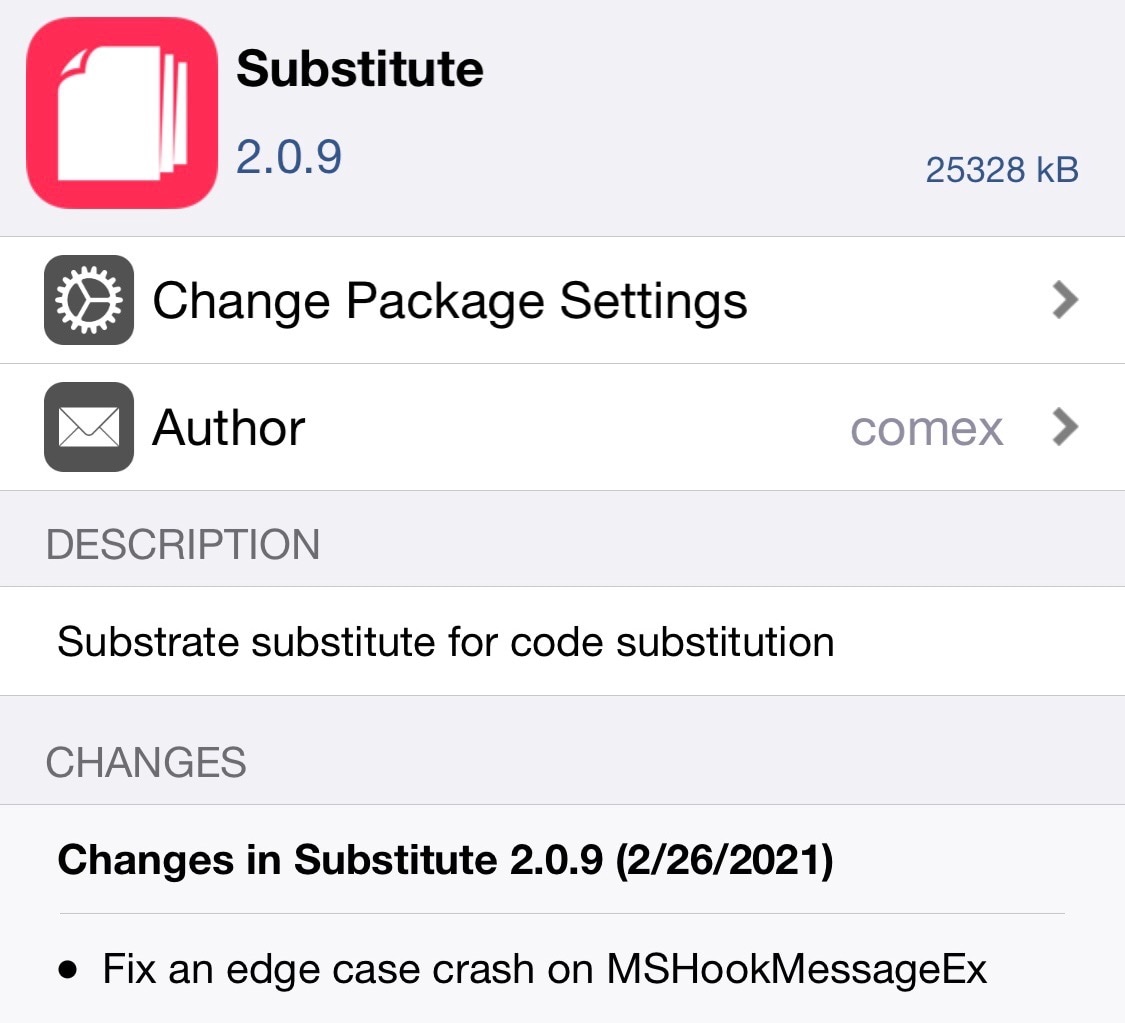 No one enjoys unwanted crashes or stability issues when running software on their jailbroken handset, so the fact that the latest update resolves a known crash is like music to our ears.

If you’re already using Substitute, then you can merely refresh your sources via your favorite package manager to find the latest update available for you to download.

Those who aren’t already using Substitute, either because they’re using Cydia Substrate instead or because they’re only just jailbreaking for the first time, can download the latest version of the package from Sam Bingner’s repository in their favorite package manager.

To add Sam Bingner’s repository to your package manager if you aren’t already using it, you can use the following URL:

Have you updated to the latest version of Substitute yet? Let us know how it works for you in the comments section down below.