Odysseyra1n is a custom Procursus-based bootstrap for checkra1n devices that installs Sileo for package management and libhooker for tweak injection. Previously, Odysseyra1n needed to be installed via Terminal with a command line interface. But that changes starting today with the release of Betelguese.

Betelguese is, in essence, a macOS-supported one-click Odysseyra1n installer for all iPhones and iPads running iOS or iPadOS 12, 13, or 14 that have already been jailbroken with checkra1n.

The Odyssey Team announced the release of Betelguese Tuesday morning, of course crediting @23Aaron_ and @hbkirb for creating it and linking to the project’s official GitHub page: 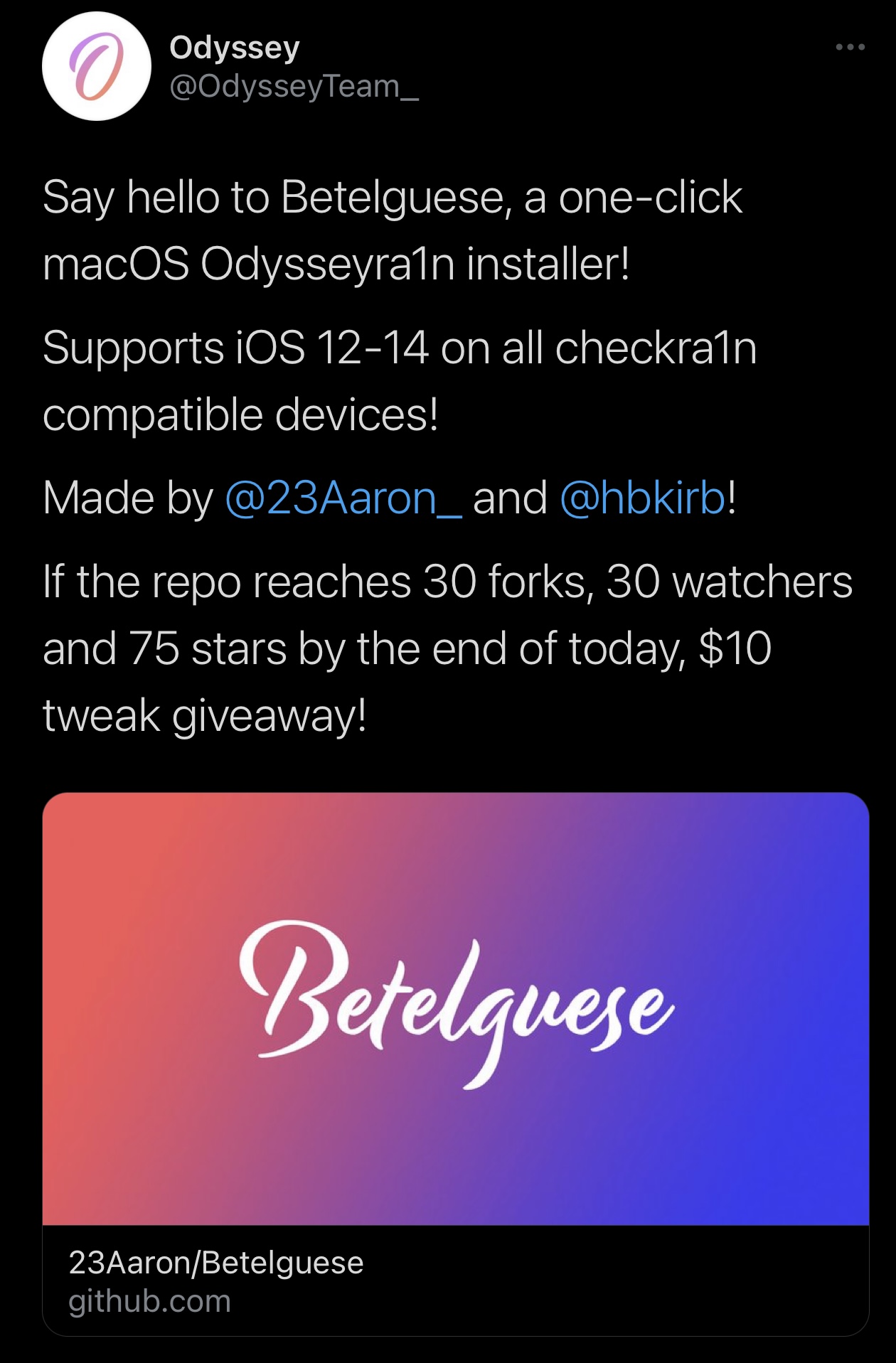 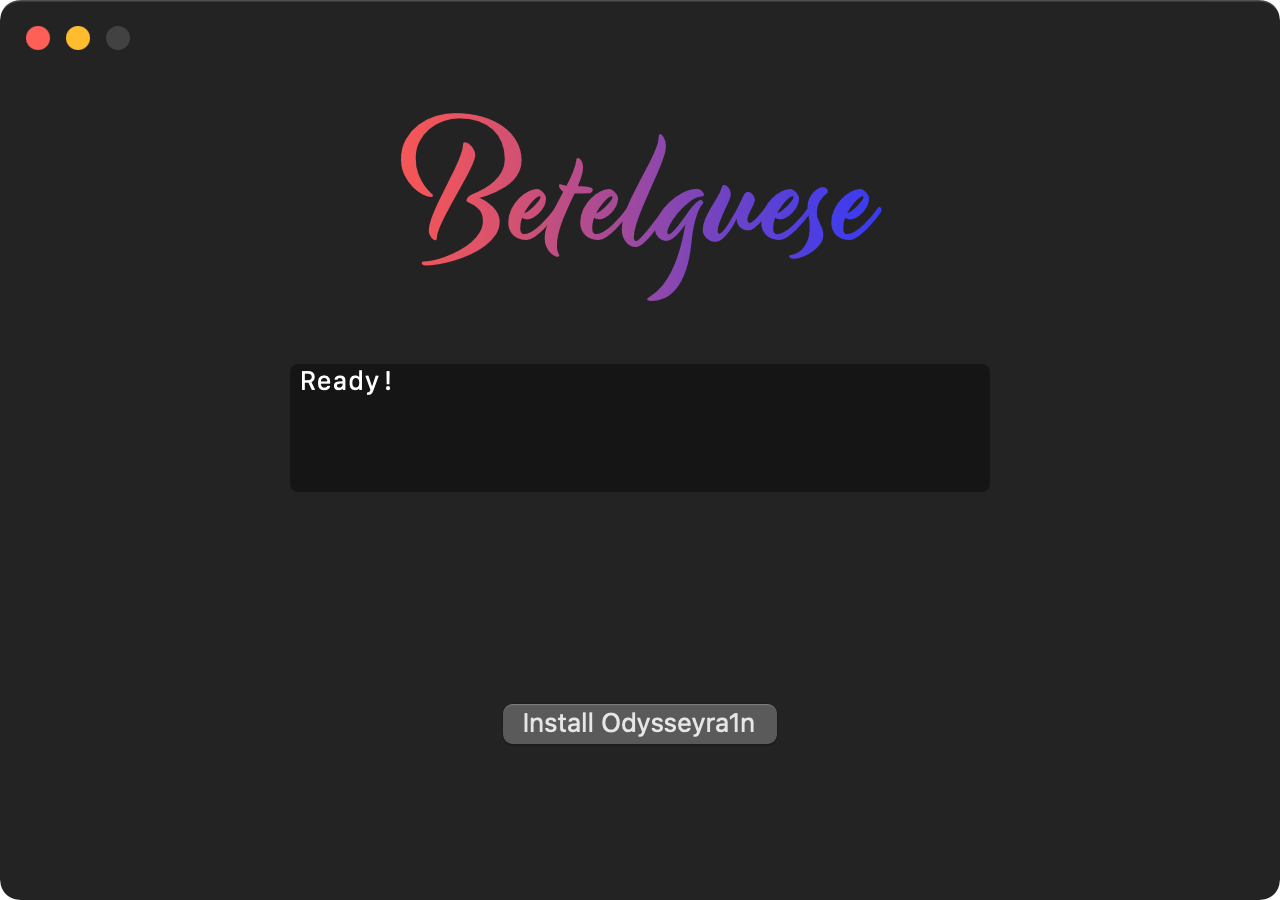 Upon attaching your checkra1n’d iPhone or iPad to your Mac via the OEM Lightning to USB cable (USB-A strongly recommended), you can simply click a button to replace the stock bootstrap on that device with that of Odysseyra1n.

It’s worth noting that installing Odysseyra1n on a checkra1n’d device uninstalls Cydia to replace it with Sileo. Thankfully, the Procursus bootstrap supports four different package managers, including Cydia, Installer, Sileo, and Zebra. This means you can reinstall Cydia later on if you’d like.

Those interested in going hands-on with the new Betelguese one-click Odysseyra1n installer for checkra1n’d devices can download it from the official GitHub page. As always, we have a tutorial showing you how to use the utility if you aren’t comfortable using it on your own.

Do you plan to use the Betelguese Odysseyra1n installer for your checkra1n’d device? Be sure to let us know why or why not in the comments section down below.