While many find suggested Instagram posts on their Timeline helpful for expanding their interests, others find them less than useful and even distracting. If you’d like suggested posts to stop appearing on your Instagram feed, we have good news and bad news. Have a look. 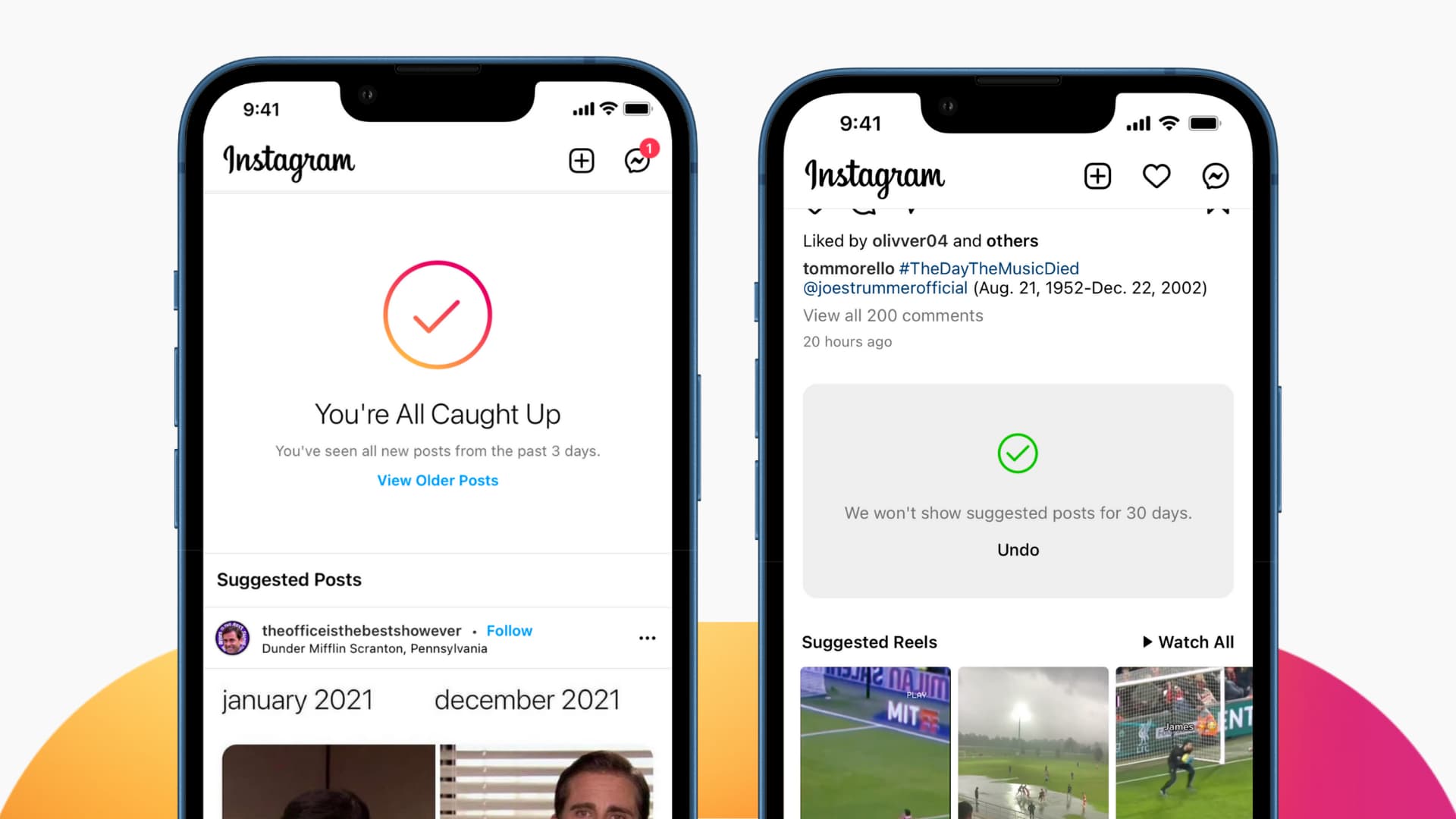 Can I permanently remove suggested posts from my Instagram?

Update: Finally, it seems like Instagram is also working in select regions to give you the option to snooze all suggested posts in your feed for 30 days. (more on this below)

What’s the use of suggested posts?

All social media platforms want you to spend more time on them so they can serve more ads and generate more revenue. Once you have finished seeing pictures and videos from people you follow, you will most likely quit the app. So, to keep you engaged on its platform, you see suggested posts based on things you already like. As a result, people keep scrolling. From here, the user can also follow new accounts leading to more engagement.

There is one thing you can do, and that is to mark a suggested post as “not interested” in hopes that you won’t see more like it. And if you see the option to snooze all suggested posts, you can do that as well.

1) Open the Instagram app and scroll down your feed until Suggested Posts start appearing.

2) Tap the three dots icon next to a suggested post.

4) Optionally, you can tap a reason to fine-tune your future suggested posts’ recommendations. You can also tap Undo if you have a change of heart. 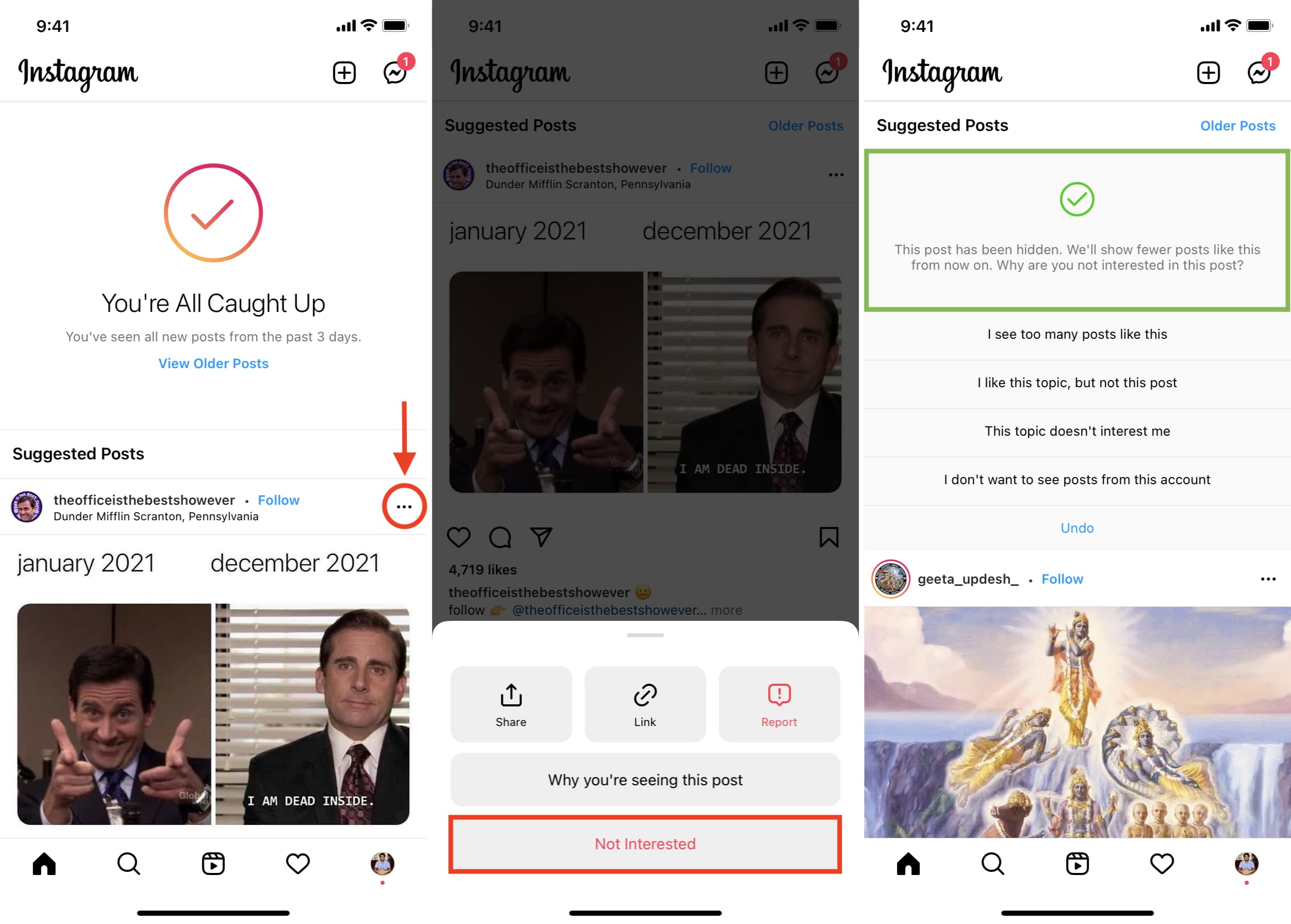 5) Depending you your region, sometimes, you might also see an option called “Snooze all suggested posts in feed for 30 days“. Choose this if you do not want to see Instagram suggested posts for the next 30 days. 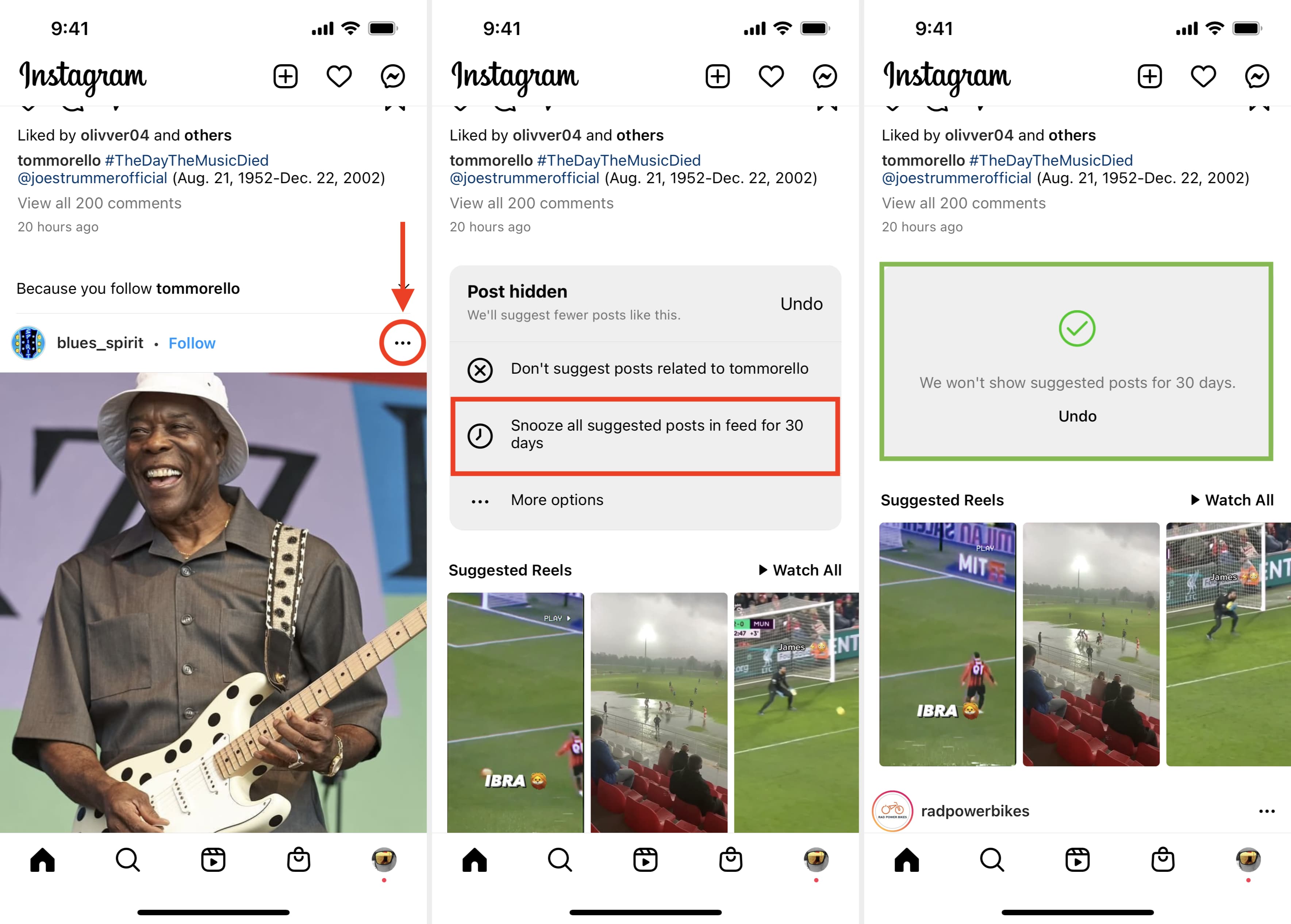 Until Instagram provides a way for users to disable or hide suggested posts permanently, this will hopefully help reduce the number of uninteresting posts you see on your feed.

What do you think of Instagram’s suggested posts? Do you find them helpful, or would you prefer social media platforms give users the control to hide such features permanently?